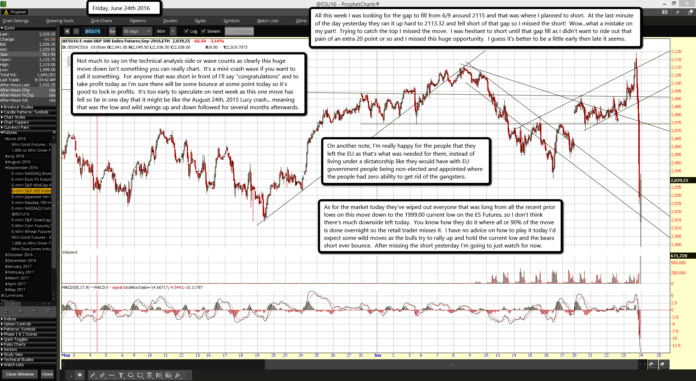 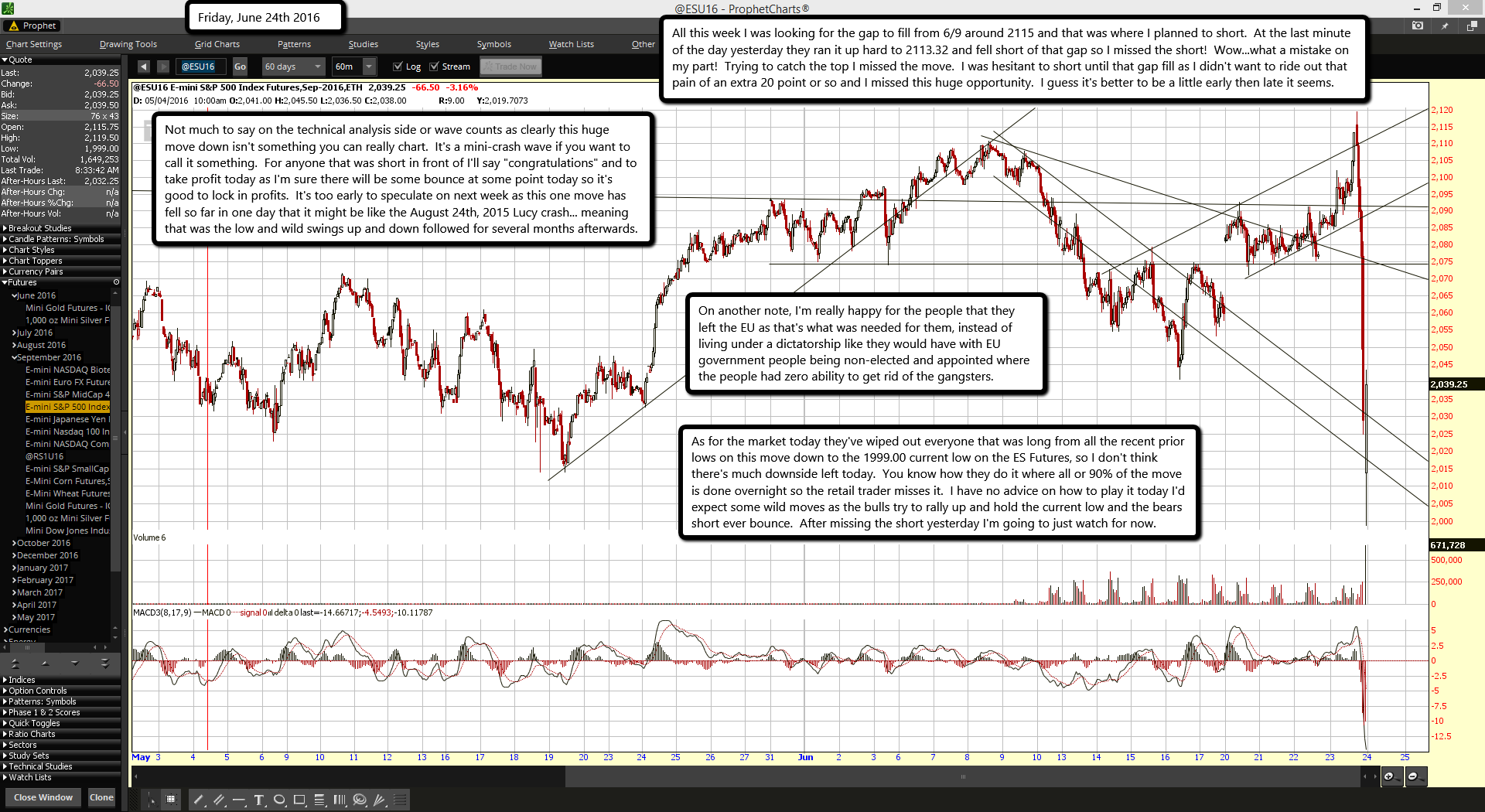 All this week I was looking for the gap to fill from 6/9 around 2115 and that was where I planned to short.  At the last minute of the day yesterday they ran it up hard to 2113.32 and fell short of that gap so I missed the short!  Wow...what a mistake on my part!  Trying to catch the top I missed the move.  I was hesitant to short until that gap fill as I didn't want to ride out that pain of an extra 20 point or so and I missed this huge opportunity.  I guess it's better to be a little early then late it seems.

Not much to say on the technical analysis side or wave counts as clearly this huge move down isn't something you can really chart.  It's a mini-crash wave if you want to call it something.  For anyone that was short in front of I'll say "congratulations" and to take profit today as I'm sure there will be some bounce at some point today so it's good to lock in profits.  It's too early to speculate on next week as this one move has fell so far in one day that it might be like the August 24th, 2015 Lucy crash... meaning that was the low and wild swings up and down followed for several months afterwards.

On another note, I'm really happy for the people that they left the EU as that's what was needed for them, instead of living under a dictatorship like they would have with EU government people being non-elected and appointed where the people had zero ability to get rid of the gangsters.

As for the market today they've wiped out everyone that was long from all the recent prior lows on this move down to the 1999.00 current low on the ES Futures, so I don't think there's much downside left today.  You know how they do it where all or 90% of the move is done overnight so the retail trader misses it.  I have no advice on how to play it today I'd expect some wild moves as the bulls try to rally up and hold the current low and the bears short ever bounce.  After missing the short yesterday I'm going to just watch for now.