George Soros is clear: a vote to ‘Leave’ the EU would trigger a collapse in the British pound worse than “Black Wednesday.”

Writing in The Guardian, the legendary macro trader said Britain currently risks subjecting itself to one of the worst one-day currency collapses in its history if it votes to leave the European Union.

“It is reasonable to assume, given the expectations implied by the market pricing at present, that after a Brexit vote the pound would fall by at least 15% and possibly more than 20%,” Soros writes.

He added (emphasis mine):

“But I don’t think the 1992 experience would be repeated. That devaluation was healthy because the government was relieved of its obligation to ‘defend’ an overvalued pound with damagingly high interest rates after the breakdown of the exchange rate mechanism. This time, a large devaluation would be much less benign than in 1992, for at least three reasons.”

The 1992 incident Soros references, known in financial market history as “Black Wednesday,” is the collapse in the value of the pound after the British government pulled the currency from the European Exchange Rate Mechanism (sort of the euro before the euro) due to the inability of the government to defend the pound’s value against the Deutsche mark.

Soros was among the many traders who had placed massive bets the British pound would drop in value as he believed the government would eventually be forced to pull out of the ERM.

In other words: Soros knows this history.

Soros’ three main points in Monday’s piece are that:

On Thursday, Britons will head to the polls to vote in the referendum. Recent polling has shown the ‘Remain’ camp taking a lead against the ‘Leave’ camp, with the most recent poll on Monday night showing ‘Remain’ holding a 53-45 advantage over ‘Leave.’

Following polling out over the weekend showing the spread between ‘Remain’ and ‘Leave’ narrowing, the pound rallied more than 2% against the dollar on Monday, one of its biggest one-day gains since the financial crisis.

And so markets are beginning to see polls and feel better about the prospects we’ll wake up on Friday and things will be as they were in the European Union.

But Soros’ warning is one that many in financial markets are likely to take very seriously.

David Cameron, along with the Treasury, the Bank of England, the International Monetary Fund and others have been attacked by the leave campaign for exaggerating the economic risks of Brexit. This criticism has been widely accepted by the British media and many financial analysts. As a result, British voters are now grossly underestimating the true costs of leaving.

Too many believe that a vote to leave the EU will have no effect on their personal financial position. This is wishful thinking. It would have at least one very clear and immediate effect that will touch every household: the value of the pound would decline precipitously. It would also have an immediate and dramatic impact on financial markets, investment, prices and jobs. 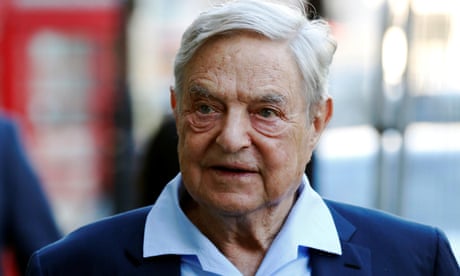 As opinion polls on the referendum result fluctuate, I want to offer a clear set of facts, based on my six decades of experience in financial markets, to help voters understand the very real consequences of a vote to leave the EU.

The Bank of England, the Institute for Fiscal Studies and the IMF have assessed the long-term economic consequences of Brexit. They suggest an income loss of £3,000 to £5,000 annually per household – once the British economy settles down to its new steady-state five years or so after Brexit. But there are some more immediate financial consequences that have hardly been mentioned in the referendum debate.

To start off, sterling is almost certain to fall steeply and quickly if there is a vote to leave– even more so after yesterday’s rebound as markets reacted to the shift in opinion polls towards remain. I would expect this devaluation to be bigger and more disruptive than the 15% devaluation that occurred in September 1992, when I was fortunate enough to make a substantial profit for my hedge fund investors, at the expense of the Bank of England and the British government.

It is reasonable to assume, given the expectations implied by the market pricing at present, that after a Brexit vote the pound would fall by at least 15% and possibly more than 20%, from its present level of $1.46 to below $1.15 (which would be between 25% and 30% below its pre-referendum trading range of $1.50 to $1.60). If sterling fell to this level, then ironically one pound would be worth about one euro – a method of “joining the euro” that nobody in Britain would want.

Brexiters seem to recognise that a sharp devaluation would be almost inevitable after Brexit, but argue that this would be healthy, despite the big losses of purchasing power for British households. In 1992 the devaluation actually proved very helpful to the British economy, and subsequently I was even praised for my role in helping to bring it about.

But I don’t think the 1992 experience would be repeated. That devaluation was healthy because the government was relieved of its obligation to “defend” an overvalued pound with damagingly high interest rates after the breakdown of the exchange rate mechanism. This time, a large devaluation would be much less benign than in 1992, for at least three reasons.

First, the Bank of England would not cut interest rates after a Brexit devaluation (as it did in 1992 and also after the large devaluation of 2008) because interest rates are already at the lowest level compatible with the stability of British banks. That, incidentally, is another reason to worry about Brexit. For if a fall in house prices and loss of jobs causes a recession after Brexit, as is likely, there will be very little that monetary policy can do to stimulate the economy and counteract the consequent loss of demand.

Second, the UK now has a very large current account deficit – much larger, relatively, than in 1992 or 2008. In fact Britain is more dependent than at any time in history on inflows of foreign capital. As the governor of the Bank of England Mark Carney said, Britain “depends on the kindness of strangers”. The devaluations of 1992 and 2008 encouraged greater capital inflows, especially into residential and commercial property, but also into manufacturing investments. But after Brexit, the capital flows would almost certainly move the other way, especially during the two-year period of uncertainty while Britain negotiates its terms of divorce with a region that has always been – and presumably will remain – its biggest trading and investment partner. 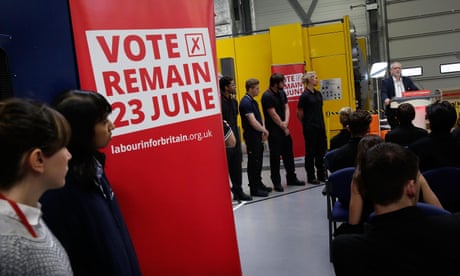 EU referendum splits Britain down the middle as contest resumes

Third, a post-Brexit devaluation is unlikely to produce the improvement in manufacturing exports seen after 1992, because trading conditions would be too uncertain for British businesses to undertake new investments, hire more workers or otherwise add to export capacity.

For all these reasons I believe the devaluation this time would be more like the one in 1967, when Harold Wilson famously declared that “the pound in your pocket has not been devalued”, but the British people disagreed with him, quickly noticing that the cost of imports and foreign holidays were rising sharply and that their true living standards were going down. Meanwhile financial speculators, back then called the Gnomes of Zurich, were making large profits at Britain’s expense.

Today, there are speculative forces in the markets much bigger and more powerful. And they will be eager to exploit any miscalculations by the British government or British voters. A vote for Brexit would make some people very rich – but most voters considerably poorer.

I want people to know what the consequences of leaving the EU would be before they cast their votes, rather than after. A vote to leave could see the week end with a Black Friday, and serious consequences for ordinary people.