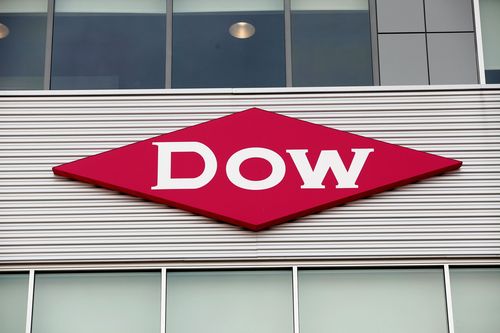 Global job cuts include Michigan and arrive as the company completes its takeover of Dow Corning amid a pending merger with rival DuPont.

Midland-based Dow Chemical Co. said today that it will cut more than 10 percent of its workforce in Michigan as a result of its takeover of Dow Corning amid a pending merger with rival DuPont.

"These actions are intended to help offset the impacts from restructuring measures Dow will implement to enable faster and more efficient growth of Dow Corning’s Silicones business," the company said in a statement Tuesday morning announcing a global cutback in personnel of about 4% of the company's workforce.

One of Michigan’s largest employers, Dow manufactures a range of products from plastics to paint preservatives, including automotive products. Dow has approximately 53,000 employees globally and about 6,000 employees in Michigan.

The state's Department of Talent and Economic Development is working with Dow and the Midland community to assist the affected employees in finding new jobs. They will be holding sessions both online and in person to connect employees and potential employers, officials said.

"Michigan has faced employment challenges in the past and while the Dow announcement is unfortunate, we believe residents will be well-positioned to find new opportunities as part of the state's continued economic growth," Anna Heaton, spokeswoman for Gov. Rick Snyder, said in an email Tuesday.

Despite the cutbacks in and around Midland of an estimated 700 jobs in an area known as the Great Lakes Bay Region, Dow said that Dow Corning’s total overall corporate charitable giving programs will remain at 2016 levels throughout at least June 1, 2018.

“With the difficult but necessary actions Dow is announcing today to enable faster and more efficient growth from Dow Corning, we are also calling into action multiple efforts to minimize the economic impact on the Great Lakes Bay Region,” Howard Ungerleider, vice chairman and chief financial officer of Dow and chairman of Dow Corning, said in a statement. “We believe, by working together as one community with one singular focus, we can make both Dow and the region stronger and more economically resilient in the future.”

Dow said about 700 roles in and around Midland will be eliminated from the combined companies.

"These reductions will come from both Dow and Dow Corning, and are part of Dow’s overall cost reduction efforts related to the transaction," the company said.

Notifications to affected employees will start in the coming weeks, and will continue through the end of the third quarter of the year.

Since January, Dow has implemented a hiring slowdown of external hires, which has resulted in a number of open roles. It is possible that some laid-off employees will be able to move into those positions, the company said.

Despite the cutbacks in the region, Dow and Dow Corning office locations will remain open for now. Construction of Dow’s new corporate HQ building will continue as planned, with a scheduled opening at the end of 2017.

Dow — which recently finished acquisition of the 50% of silicon manufacturer Dow Corning it did not previously hold — said Tuesday that the cuts will require a charge of about $410 million to $460 million in the second quarter.

Altogether, the company expects to save $400 million in annual costs, up from a previous estimate of $300 million, as well as $100 million in new business opportunities

The company will shutter silicon manufacturing plants in Greensboro, N.C, and Yamakita, Japan, as well as "certain administrative, corporate and manufacturing facilities," Dow said in a statement.

“With these difficult but necessary actions, we are bringing together the best of each company’s talent and technology, accelerating Dow’s strategy to go narrower and deeper into attractive, targeted market sectors, and setting the stage for the new Dow — the world’s leading material science company," Dow CEO Andrew Liveris said in a statement.

The cuts are not related to Dow's ongoing attempt to complete its tie-up with chemicals maker DuPont, after which the newly formed DowDuPont is expected to split into three companies. That deal still requires regulatory approvals.