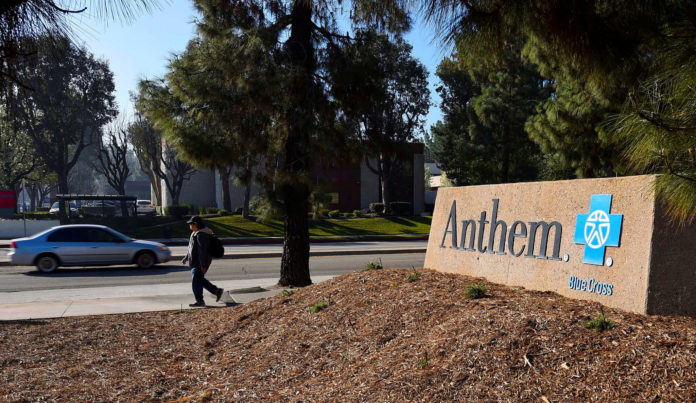 Within a three-week span last summer, four of the five biggest health insurers announced two mergers totaling $85 billion. Suddenly, what was five would be three, reshaping the industry.

But on Thursday, antitrust regulators said, Not so fast.

United States Attorney General Loretta E. Lynch announced that the government had filed lawsuits to block the deals, between Aetna and Humana and Anthem and Cigna.

The proposed mergers, she said, “would leave much of the multitrillion-dollar health insurance industry in the hands of three mammoth insurance companies.”

“If these mergers were to take place, the competition among insurers that has pushed them to provide lower premiums, higher-quality care and better benefits would be eliminated,” she said.

The companies responded by vowing, in varying degrees, to fight the government’s challenge. Aetna, which had hoped to gain an advantage by being the first to reach a deal, aggressively defended its proposed merger, which it contended was different from the larger Anthem-Cigna deal that followed.

“I like my chances in front of a judge,” Mark T. Bertolini, chief executive of Aetna, said in an interview.

In a statement, Anthem said the Justice Department’s “action is based on a flawed analysis and misunderstanding of the dynamic, competitive and highly regulated health care landscape.”

The company said it was “fully committed” to challenging the lawsuit.

But Cigna, which has appeared to be a somewhat reluctant partner in the merger, said only that it was evaluating its options within the confines of the merger agreement but did not expect the transaction to close anytime soon, “if at all.” Anthem and Cigna declined to comment beyond their statements.

The health insurers have been concerned for a few years about how the government would respond to consolidation.

Anthem had mulled a merger with Cigna in 2014 but ultimately dropped the idea. They were forced to revive the combination after Humana put itself up for sale in early 2015 and “sparked a bidding frenzy in the industry,” according to the government’s lawsuit. The big five, including UnitedHealth Group, were desperate not to be left out of any potential deal-making.

After the passage of the Affordable Care Act, the Obama administration’s signature piece of legislation, federal officials have kept a close eye on the sweeping changes taking place in health care. One of the major provisions of the federal law was to encourage more competition among insurers to provide people with more choices and more affordable policies.

The health insurers were seeking to merge during an administration that has not been shy about quashing deals — especially in health care.

The government has blocked mergers among large hospital systems, as well as contributed to the scrapping of the $152 billion deal between Pfizer and Allergan for tax reasons. Large deals in the energy and retail industry were also abandoned this year over antitrust.

If both health insurance deals are withdrawn, 2016 would set a record for the volume of abandoned deals, according to data from Dealogic. 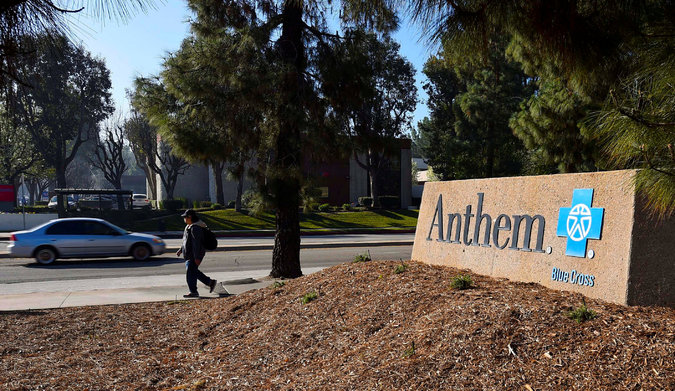 An Anthem office in Los Angeles. The health insurer said it would fight a Justice Department lawsuit to block its merger with Cigna “but will remain receptive to any efforts to reach a settlement.”

“The Obama administration has had robust antitrust enforcement in the realm of mergers, particularly in health care,” said Matthew L. Cantor, a partner who focuses on antitrust issues at the law firm Constantine Cantor. “Anyone who’s going to attempt a horizontal merger should take note of that and particularly consider the antitrust merits of the deal.”

Mr. Bertolini of Aetna, however, had a much more skeptical view on Thursday.

“There are a lot of politics in this,” he said.

From the moment they were announced, the proposed mergers were met with an outcry from critics, who said the deals would lead to higher prices for consumers and would stunt innovation by the companies.

Congress held hearings, and there was a concerted push by consumer advocates and others to stop the mergers.

“The level of consumer opposition was impressive,” said David A. Balto, a lawyer and former antitrust official who helped lead the effort to oppose the mergers.

Erik Gordon, a professor of business and law at the University of Michigan, said the lawsuits suggested that the Justice Department looked at the two mergers together in the context of the whole industry, instead of more specific markets, making it harder to justify both deals.

Professor Gordon pointed to the broad statements about the health insurers contained in the suit, saying the government went beyond the typical legal arguments.

It is the “most politicized antitrust case I’ve seen,” he said.

The Justice Department declined to comment on whether there was any political aspect to their decisions.

“There is a tactical advantage to having both cases go on at the same time,” he said, adding that the case against one merger “poisons the other.”

The insurers may not have many options to push their deals through. At its news conference on Thursday, the Justice Department made it clear that the companies’ proposals had not assuaged their concerns about competition.

“There are some mergers that can be solved through divestitures, but we’ve seen nothing to suggest they can,” said William J. Baer, assistant attorney general for the Justice Department’s antitrust division.

As a result, the companies’ best bet may be to persuade a federal judge that they should be viewed as very different in nature.

The Aetna and Humana deal raises concerns largely in the private Medicare market. Those companies may have an easier time divesting themselves of assets to appease regulators.

The larger deal, between Anthem and Cigna, is more vulnerable because of its size and overlap nationally, where large employers have fewer options when they pick plans for their workers.

“There were substantial risks and they took risks,” said Mr. Cantor of Constantine Cantor. “The risks were very real.”