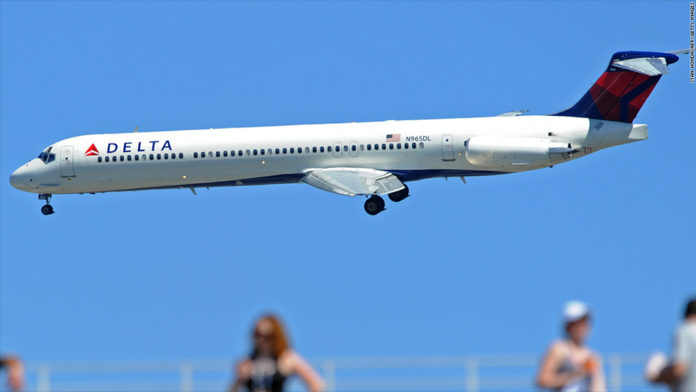 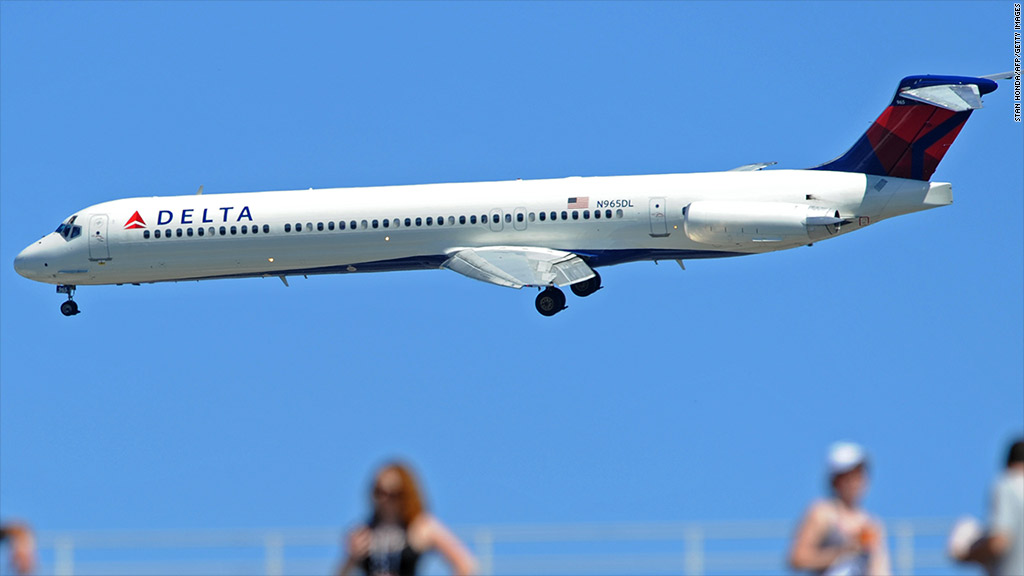 The week got off to a bad start for Delta passengers.

At 8:40 a.m. ET, Delta said the ground stop had been lifted but that only "limited" departures had resumed. It's expected that flights will be delayed and canceled throughout the day.

"Customers heading to the airport should expect delays and cancellations," Delta warned. "While inquiries are high and wait times are long, our customer service agents are doing everything they can to assist."

Delta(DAL), the world's second largest airline, said the problem was a power outage at its Atlanta hub.

The number of flights and passengers affected by the problem was not immediately available. But Delta, on average, operates about 15,000 daily flights, carrying an average of 550,000 daily passengers during the summer.

The cause of the power outage was not immediately known. U.S. law enforcement officials are working with Delta, a U.S. official told CNN. But there are no indications that a computer hack is responsible. Delta has given indications it does not believe it was hacked.

Getting information on the status of flights was particularly frustrating for passengers.

Delta conceded it was having trouble providing accurate flight status on airport departure boards, at delta.com, the Fly Delta App and from Delta representatives on the phone.

The airline said if a flight is canceled or significantly delayed, passengers will be entitled to a refund, though it did not specify what is considered "significantly" delayed.

Even passengers booked on a flight Monday whose flights are not canceled can make a one-time change to their tickets without the normal fee. But they could have to pay the difference in fare for a new flight. They will need to start travel by this Friday to benefit from the lack of a change fee.

The Joseph family from Suffern, New York, arrived at LaGuardia Airport in New York for a flight to Orlando, the start of a vacation to Disney World for their six children.

"Delta is just saying the systems are down and we are going to be late," said Frantzy Joseph, the family's father.

Passengers on Twitter reported problems -- including the inability to check in or being stuck on the tarmac -- from airports around the world, including San Francisco, Rome and Athens.

"The airline provided passengers with little information," said New Yorker Carly Hayes, who was due to travel from Fiumicino Airport in Rome to New York's JFK, in an Instagram post.

Jackie Watanabe, who was due to travel from Las Vegas to Minneapolis, tweeted that the airline was handing out blankets to passengers who wanted to get some sleep on the floor of the terminal there.

"I'm not ready to go into camping mode yet, but other passengers are," she said, tweeting a photo of sleeping passengers. 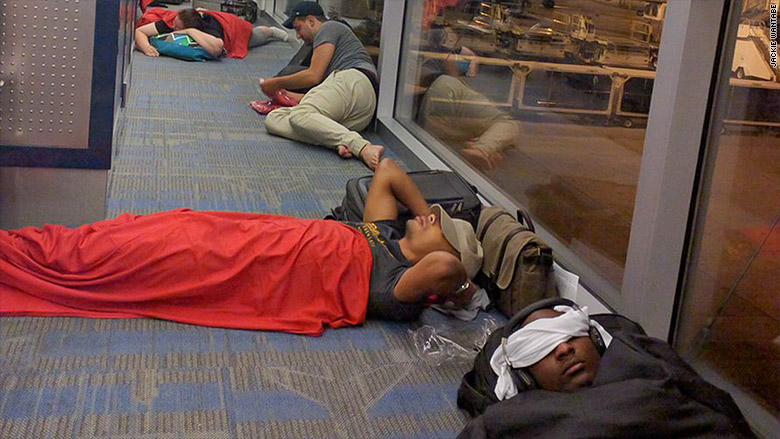 Sean Carson, due to travel from Kona, Hawaii, to Los Angeles, said he had been on a plane for more than four hours. He told CNN the pilot announced earlier that pizza was being delivered.

Reports of delays on social media appeared to have begun around 3 a.m. ET.