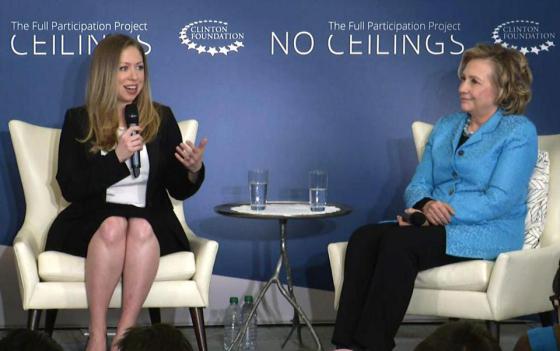 In 2014, Chelsea Clinton, left, cohosted a Clinton Foundation event called “Girls: A No Ceilings Conversation,” with her mother, Hillary Clinton. 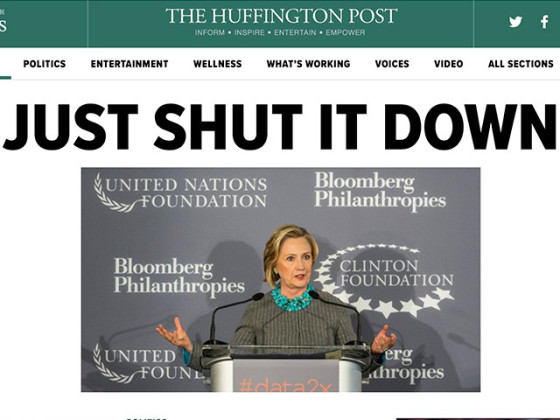 ALTHOUGH THE CHARITY founded by former President Bill Clinton has done admirable work over the last 15 years, the Clinton Foundation is also clearly a liability for Hillary Clinton as she seeks the presidency. The once-and-maybe-future first family will have plenty to keep them busy next year if Hillary Clinton defeats Donald Trump in November. The foundation should remove a political — and actual — distraction and stop accepting funding. If Clinton is elected, the foundation should be shut down.

Since its founding, the foundation has supported relief in Haiti, global health, and other good causes. It also provided posts or paychecks for some members of the Clinton political team, like Cheryl Mills, Douglas Band, and Huma Abedin, and afforded the former president a platform and travel budget. Many of the foundation’s donations come from overseas, including from foreign governments with troubling human rights records.

The inherent conflict of interest was obvious when Hillary Clinton became secretary of state in 2009. She promised to maintain a separation between her official work and the foundation, but recently released emails written by staffers during her State Department tenure make clear that the supposed partition was far from impregnable. That was bad enough at State; if the Clinton Foundation continues to cash checks from foreign governments and other individuals seeking to ingratiate themselves with a President Hillary Clinton, it would be unacceptable.

But as long as either of the Clintons is in public office, or actively seeking it, they should not operate a charity, too. The Clintons themselves seem to realize that. “There’ll clearly be some changes in what the Clinton Foundation does and how we do it,” Bill Clinton said in June. “We’ll just have to cross that bridge when we come to it.” Why wait? The Clintons should move now to end donations to the foundation, and make plans to shut it down in November. Even if they’ve done nothing illegal, the foundation will always look too much like a conflict of interest for comfort.