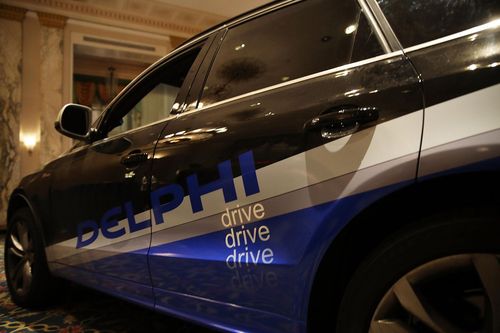 Delphi Automotive PLC and Mobileye NV on Tuesday announced plans to jointly develop a fully autonomous vehicle system that the suppliers expect will be ready for production in 2019.

Each company is bringing different technologies to the table to create the driverless car system. Mobileye specializes in real-time mapping, while Delphi specializes in sensors, including cameras, LiDAR and radar, and software. The two companies say automakers will be able to buy the system and install it on a range of vehicle platforms, from small cars to SUVs and crossovers.

Delphi and Mobileye have planned a joint press conference for 9 a.m. Tuesday to discuss the plans.

“This partnership will allow us to give our customers an increased level of automated capabilities faster and more cost effective,” Kevin Clark, Delphi’s CEO, said in a statement. “The collective expertise of our two organizations will accelerate the creation of new approaches and capabilities that would likely not have been possible working alone. This is a win-win for both companies and our customers.”

Delphi has been experimenting with autonomous car technology for years. Two years ago it demonstrated its autonomous vehicle system in a coast-to-coast drive across the country, and it recently announced a pilot program in Singapore that will feature driverless pods — without a steering wheel or pedals — ferrying passengers around a business park there by decade’s end.

The pair will showcase the fully autonomous vehicle system at the upcoming CES technology trade show in Las Vegas in January, Mobileye said in a release.

“Our partnership with Delphi will accelerate the time to market and enable customers to adopt Level 4/5 automation without the need for huge capital investments, thereby creating a formidable advantage for them,” Amnon Shashua, Mobileye chairman and chief technology officer, said in a statement.

The race to develop driverless cars has recently shifted into high gear.