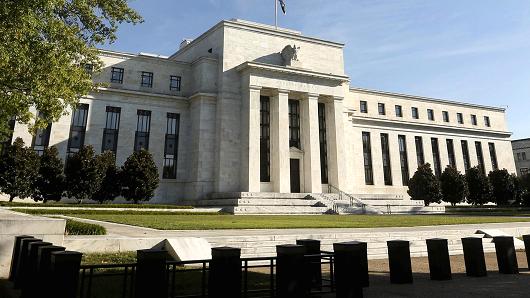 Statements by U.S. Federal Reserve officials about the timing of next policy moves are part of the holding pattern until presidential elections on November 8. No interest rate increases are likely before then, or immediately thereafter.

The most important reason for such a turn of events is the Fed's recognition that any future monetary policy changes should be part of a medium-term (a period of one to five years) policy mix to stabilize a sharply slowing U.S. economy. The Fed knows that the halving of the economy's growth rate between the first quarter of 2015 (3.3 percent) and the second quarter of this year (1.2 percent) is one more proof that the monetary policy alone cannot carry the entire burden of the country's economic management.

The Fed has to work with the new executive and legislative authorities to stop the destruction of whatever is left of America's sluggish growth dynamics.

Increasing investments in infrastructure, production capacities and human capital are the way forward. That has been a well-known priority during the post-crisis recovery. Unfortunately, it had to come to the grim outlook we are facing now to elevate that long-neglected task to the point of national urgency.

Here is what happened. As aggregate demand began its steady slowdown in the early months of 2015, investments – one-fifth of the economy -- followed the same pattern. But then things got much worse since the start of this year. During the second quarter, total investments declined 3.4 percent from the year earlier, and subtracted 1.68 percentage points from the GDP growth.

Investments are unlikely to rebound in the months ahead. Based on current evidence of weak aggregate demand and a strong import penetration of U.S. markets, one cannot see much need, or incentive, for increasing capital outlays over the near term.
Stock Pickers

There is a similar urgency to address structural problems affecting human capital. In addition to the officially reported 7.8 million people currently out of work, there are 8 million individuals in involuntary part-time jobs or out of the labor force. Of particular concern are the 2 million of long-term unemployed and another 2 million of virtually unemployable persons.

Getting some of these 16 million people back on the payrolls will require a major effort at sustaining labor demand and improving professional qualifications through better education and retraining. More generally, investments in human capital have to be recognized as a fundamental growth factor for the U.S. economy.

An interim conclusion here is this: A growing supply of a better qualified labor force, outfitted with best-practice technologies, is needed to increase America's stagnant productivity, and to raise the economy's potential (and noninflationary) growth rate from the dismal 1.6 percent we have at the moment.

That is the context where the monetary policy will have to play its part to support higher growth of demand, output and employment, and to maintain price stability defined as an inflation rate of 0-2 percent.

Trade policies are another area that needs immediate attention. In the first six months of this year, the U.S. trade deficit was running at an annual rate of $712 billion. That negative trade balance accounts for 4 percent of the economy, and it is currently taking half a percentage point off the growth of the domestic demand.

These are serious policy issues in an open economy where the external sector represents nearly one-third of GDP.

But investors should be careful here not to fall for campaign trail exaggerations of looming trade wars and their devastating blows to growth and financial markets. Blistering trade disputes are a permanent feature of the world economy. High-profile clashes and trade arbitration procedures are going on all the time. There is, therefore, nothing wrong in suggesting reviews of America's existing trade agreements and trade practices to make sure that they continue to serve the interests of our changing economy.

These reviews are also likely to lead to another look at some of America's economic and industrial policies.

For example, the media have been talking about trade studies indicating that Walmart imported in 2013 some $49 billion worth of goods produced in China. The same studies are reported to have found that Walmart's imports from China have displaced more than 400,000 jobs in U.S. manufacturing industries between 2001 and 2013.

Ross Perot must be saying "I told you so." He was another businessman copiously laughed out of court when he talked, during his presidential election campaign in 1992, about the "giant sucking sound" of American jobs going overseas. Sadly, the numbers are there to show that a demise of many manufacturing industries has caused serious structural imbalances in the American economy.

And that was not just the case of obsolete rust-belt manufacturers. Think of an icon of American industry such as IBM. The venerable Big Blue sold in 2005 its profitable personal computer business because it was deemed unviable as a long-term project. So, the legendary Thinkpads got resurrected under the Chinese Lenovo brand, and the proud new owners just reported a net profit of $173 million in the first quarter of this year, a whopping 64 percent increase from the year earlier. I wonder what the brilliant minds up in Armonk, NY think about that.

The guessing game about the timing of the Fed's next interest rate increase is a good betting material for day-to-day trading. But that's all it is.

The Fed has done its part in rescuing a badly damaged economy. The rescue job is finished. The growth job is not. The U.S. economy is settling around an unacceptably low 1.6 percent growth potential. And there is not much the Fed alone can do about that.

Investors ready for an act of faith on the profitability of their dollar-denominated assets will have to assess America's entire policy mix, consisting of fiscal, monetary, structural and trade policies. That's the ensemble where the Fed will have to play, with a focus on price stability and the soundness of the financial system it manages.

The stage is set, actors are jostling for positions, but the action won't start until early next spring.

In the meantime, the Fed will have more than enough liquidity on hand to support markets looking for direction. Caution is in order. But catastrophic scenarios are … well, quite unlikely.