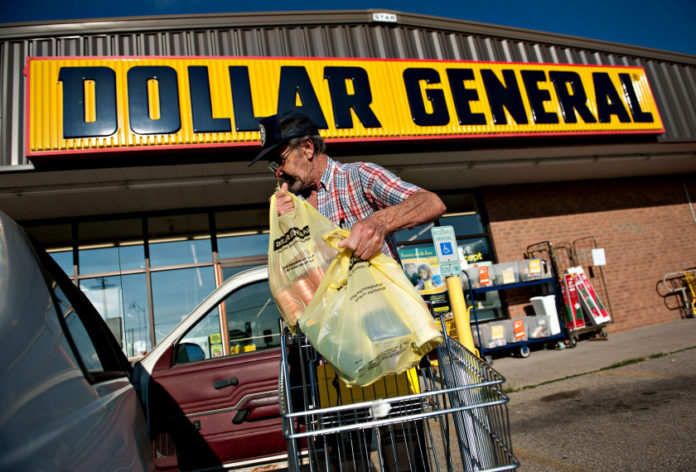 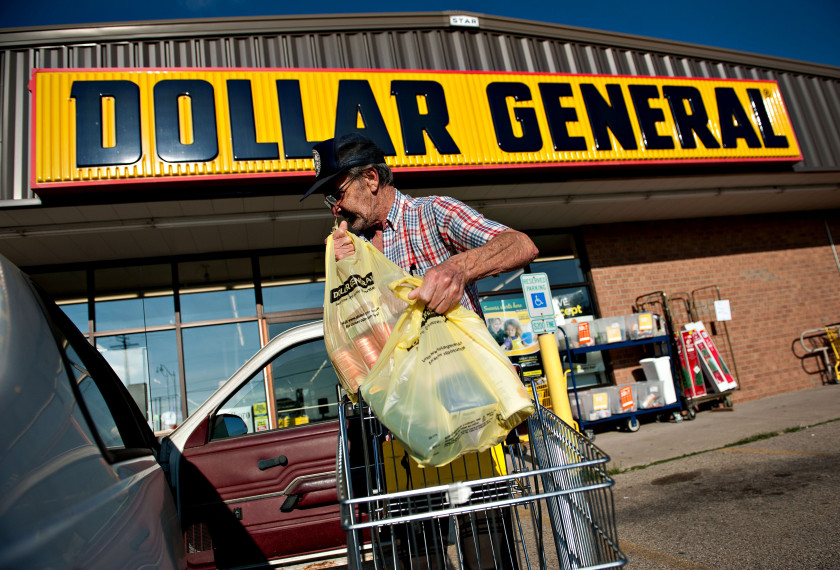 Dollar General DG -17.63% has been cutting prices by about 10% on hundreds of staples like milk and eggs as it looks to keep customers who are drifting back to Walmart. WMT -1.40%

The dollar store was one of the fastest growing retailers in the years after the Great Recession as low-income shoppers looked for lower prices and closer stores to spend less on gas. On Thursday it reported comparable sales increased 0.7%, well below the 2.6% growth analysts were expecting, according to Consensus Metrix.

And Dollar General said fewer shoppers had come into its stores. In contrast, last week, Walmart said shopper traffic rose at its U.S. stores for the eighth straight quarter, helped by aggressive pricing that boosted its grocery business. Walmart gets some 55% of its revenue from food.

That aggressive pricing proved painful for Walmart rivals beyond Dollar General: Target TGT -1.28% said it had trouble enticing customers with its fresh food.

Dollar General slashed prices 10% on average on about 450 of its best-selling items across 2,200 stores during the quarter, Chief Executive Todd Vasos said on a conference call. And Vasos said more price cuts could be in the offing.Dollar General operates 12,500 stores. The retailer has said it wants to boost its store base by about 50% to 20,000 stores in four years.

“We believe that these price reductions are meaningful and recognizable to our consumers,” Vases told Wall Street analysts. “We are committed to further price moves as appropriate over time.”

Walmart has been cutting prices, so-called “price investments” in retail parlance, on hundreds of products across categories, putting pressure on dollar stores. What’s more, Walmart’s efforts to upgrade its fresh food area looks to be getting some customers to trade back up.

The price war with Walmart comes at a time so-called food deflation is already pinching all these chains’ sales and profit margins: Dollar General said prices for milk fell 8% and more than 50% for eggs during the quarter.

Adding to the pressure on Dollar General were cuts in food-stamp programs as seven states, all governed by Republicans, ended benefits earlier than they had to.

Those states ended waivers for some able-bodied recipients that were made in 2009, at the height of the Great Recession. According to the U.S. Department of Agriculture, there were 43.5 million Americans enrolled in May in Supplemental Nutrition Assistance Program, as the food stamp program is federally known, compared to 47.5 million in 2012, when it peaked. And by some estimates, another 500,000 people will fall off this year from a program that disproportionately hurts dollar store shoppers.