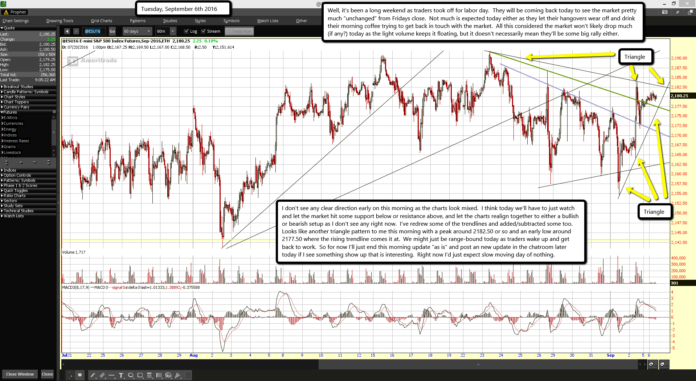 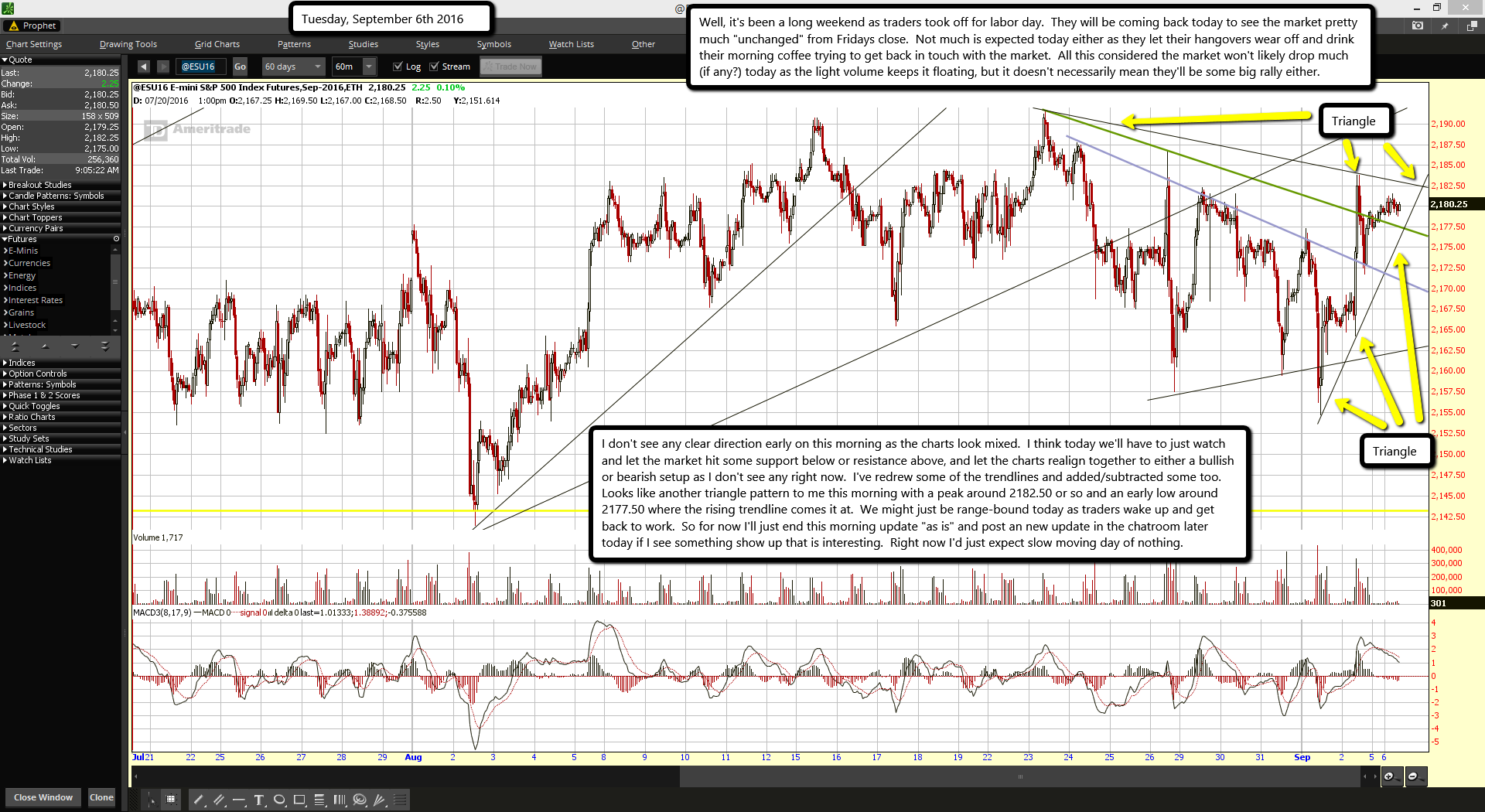 Well, it's been a long weekend as traders took off for labor day.  They will be coming back today to see the market pretty much "unchanged" from Fridays close.  Not much is expected today either as they let their hangovers wear off and drink their morning coffee trying to get back in touch with the market.  All this considered the market won't likely drop much (if any?) today as the light volume keeps it floating, but it doesn't necessarily mean they'll be some big rally either.

I don't see any clear direction early on this morning as the charts look mixed.  I think today we'll have to just watch and let the market hit some support below or resistance above, and let the charts realign together to either a bullish or bearish setup as I don't see any right now.  I've redrew some of the trendlines and added/subtracted some too.  Looks like another triangle pattern to me this morning with a peak around 2182.50 or so and an early low around 2177.50 where the rising trendline comes it at.  We might just be range-bound today as traders wake up and get back to work.  So for now I'll just end this morning update "as is" and post an new update in the chatroom later today if I see something show up that is interesting.  Right now I'd just expect slow moving day of nothing.