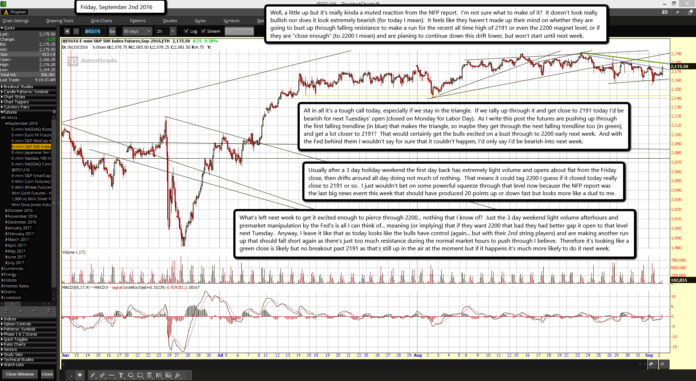 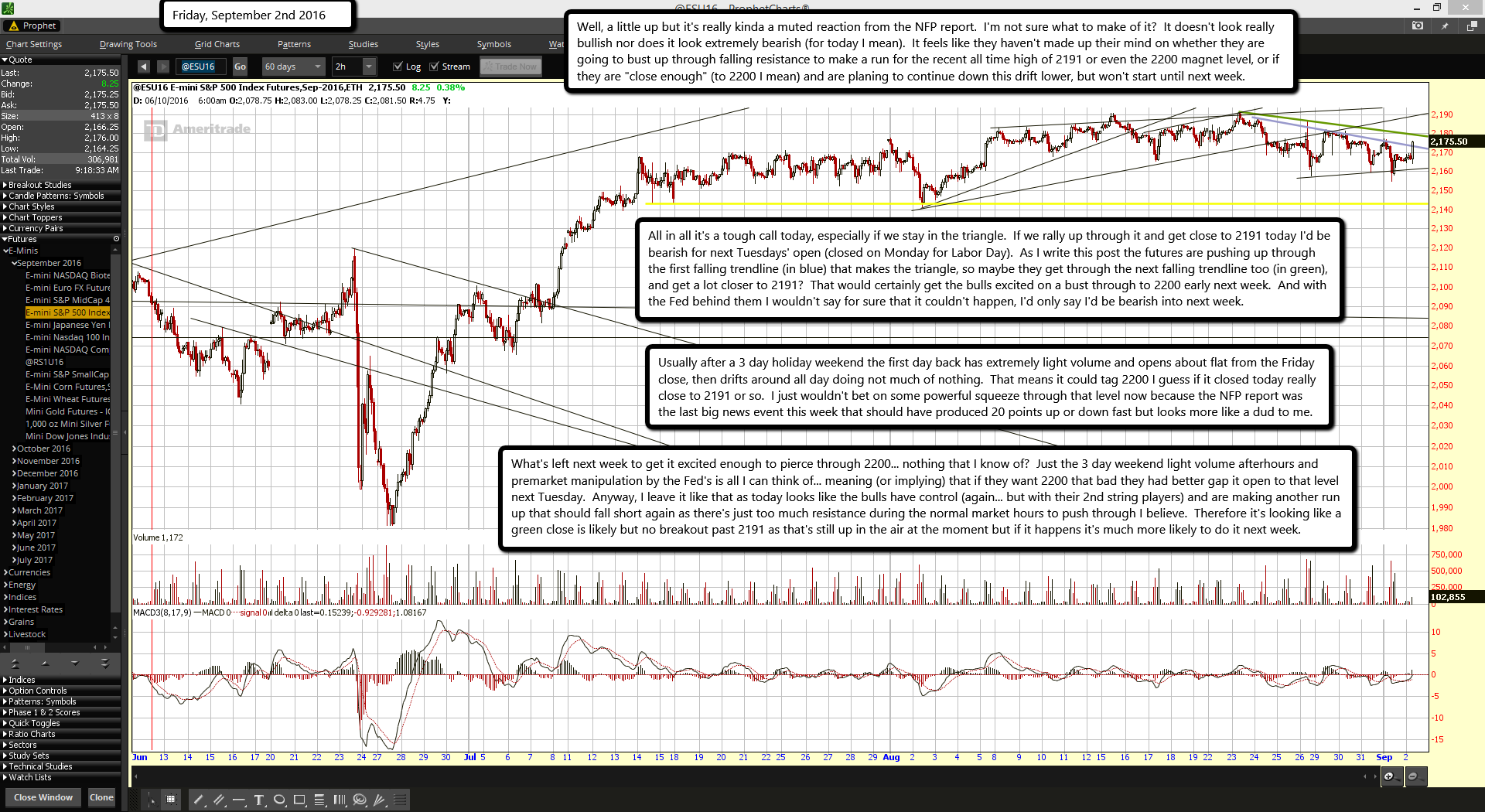 Well, a little up but it's really kinda a muted reaction from the NFP report.  I'm not sure what to make of it?  It doesn't look really bullish nor does it look extremely bearish (for today I mean).  It feels like they haven't made up their mind on whether they are going to bust up through falling resistance to make a run for the recent all time high of 2191 or even the 2200 magnet level, or if they are "close enough" (to 2200 I mean) and are planing to continue down this drift lower, but won't start until next week.

All in all it's a tough call today, especially if we stay in the triangle.  If we rally up through it and get close to 2191 today I'd be bearish for next Tuesdays' open (closed on Monday for Labor Day).  As I write this post the futures are pushing up through the first falling trendline (in blue) that makes the triangle, so maybe they get through the next falling trendline too (in green), and get a lot closer to 2191?  That would certainly get the bulls excited on a bust through to 2200 early next week.  And with the Fed behind them I wouldn't say for sure that it couldn't happen, I'd only say I'd be bearish into next week.

Usually after a 3 day holiday weekend the first day back has extremely light volume and opens about flat from the Friday close, then drifts around all day doing not much of nothing.  That means it could tag 2200 I guess if it closed today really close to 2191 or so.  I just wouldn't bet on some powerful squeeze through that level now because the NFP report was the last big news event this week that should have produced 20 points up or down fast but looks more like a dud to me.

What's left next week to get it excited enough to pierce through 2200... nothing that I know of?  Just the 3 day weekend light volume afterhours and premarket manipulation by the Fed's is all I can think of... meaning (or implying) that if they want 2200 that bad they had better gap it open to that level next Tuesday.  Anyway, I leave it like that as today looks like the bulls have control (again... but with their 2nd string players) and are making another run up that should fall short again as there's just too much resistance during the normal market hours to push through I believe.  Therefore it's looking like a green close is likely but no breakout past 2191 as that's still up in the air at the moment but if it happens it's much more likely to do it next week.