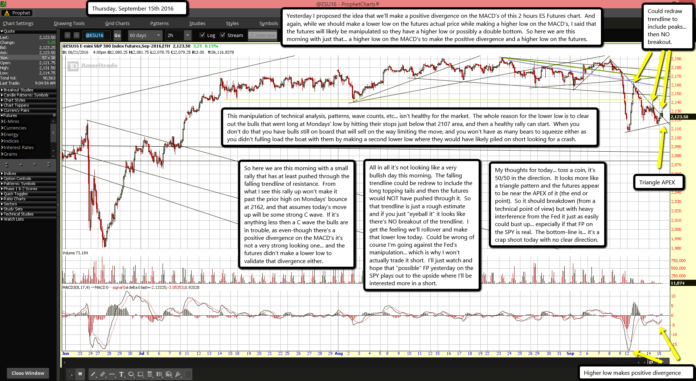 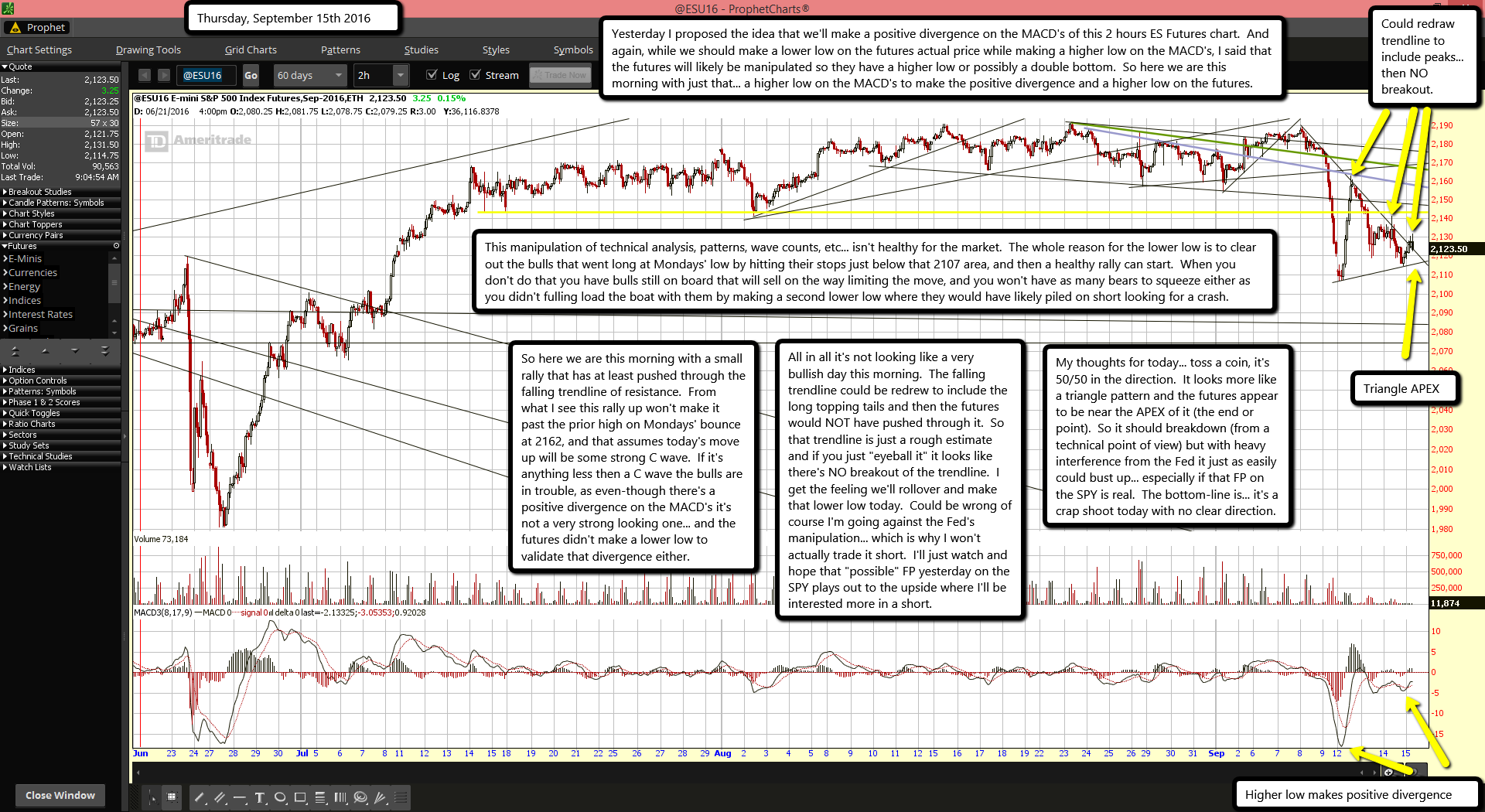 This manipulation of technical analysis, patterns, wave counts, etc... isn't healthy for the market.  The whole reason for the lower low is to clear out the bulls that went long at Mondays' low by hitting their stops just below that 2107 area, and then a healthy rally can start.  When you don't do that you have bulls still on board that will sell on the way limiting the move, and you won't have as many bears to squeeze either as you didn't fulling load the boat with them by making a second lower low where they would have likely piled on short looking for a crash.

So here we are this morning with a small rally that has at least pushed through the falling trendline of resistance.  From what I see this rally up won't make it past the prior high on Mondays' bounce at 2162, and that assumes today's move up will be some strong C wave.  If it's anything less then a C wave the bulls are in trouble, as even-though there's a positive divergence on the MACD's it's not a very strong looking one... and the futures didn't make a lower low to validate that divergence either.

All in all it's not looking like a very bullish day this morning.  The falling trendline could be redrew to include the long topping tails and then the futures would NOT have pushed through it.  So that trendline is just a rough estimate and if you just "eyeball it" it looks like there's NO breakout of the trendline.  I get the feeling we'll rollover and make that lower low today.  Could be wrong of course I'm going against the Fed's manipulation... which is why I won't actually trade it short.  I'll just watch and hope that "possible" FP yesterday on the SPY plays out to the upside where I'll be interested more in a short.

My thoughts for today... toss a coin, it's 50/50 in the direction.  It looks more like a triangle pattern and the futures appear to be near the APEX of it (the end or point).  So it should breakdown (from a technical point of view) but with heavy interference from the Fed it just as easily could bust up... especially if that FP on the SPY is real.  The bottom-line is... it's a crap shoot today with no clear direction.