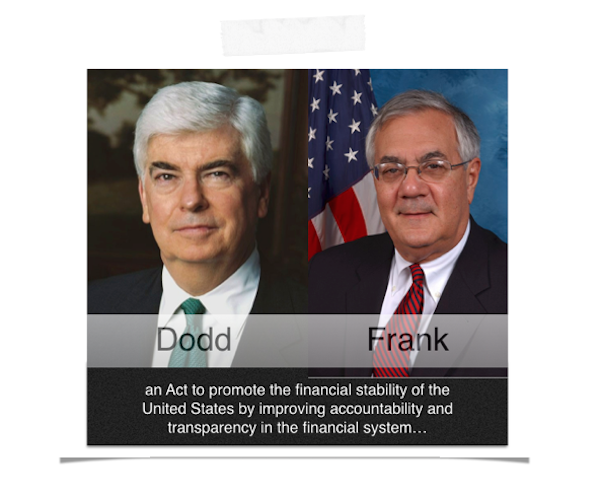 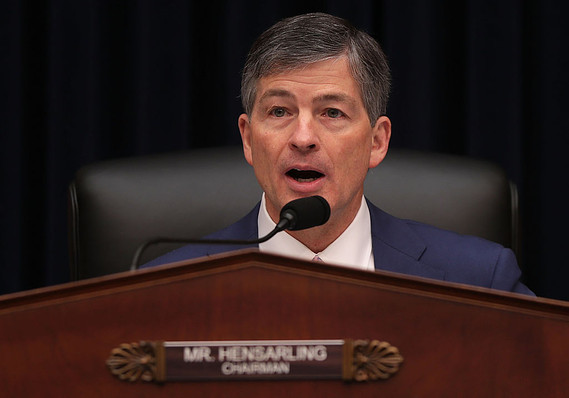 The House Financial Service Committee met Tuesday to debate Jeb Hensarling’s Financial Creating Hope and Opportunity for Investors, Consumers and Entrepreneurs Act, a bill unlikely to become law, but one that gives almost everyone, including reformers on both sides of the aisle, something to think about after the November election.

Although not a complete rewrite of Dodd-Frank, the legislation advocates for significant revisions or outright reversals of many of the financial crisis reform law’s most contentious provisions.

K& L Gates partner Dan Crowley says the so-called Financial Choice Act is, instead, a “political exercise” that sets the stage for potential financial reform legislation before the election and for discussions that will occur in the next Congress. “If Donald Trump is elected president, those discussions will happen pretty fast.”

In June, K&L Gates wrote clients that the proposal is not expected to advance as stand-alone legislation this year, but “it is likely to inform Dodd-Frank Act reform efforts going forward.”

Crowley said the most important reform contained in Dodd-Frank was Title 7, the section that creates a framework for the regulation of swap markets and limits counterparty risk by imposing centralized clearing on swaps. “This bill attempts to revise or reverse almost everything but Dodd-Frank’s swaps regulation.”

The bill will please behemoth banks by repealing the Volcker Rule, which restricts trading activities at banks. Plans to substitute simple leverage ratios for the Basel risk-weighted assets method for determining bank capital requirements has strong bipartisan political support from everyone but the banks.

“The banking lobby,” the Cato Institute’s Kevin Dowd wrote in May, “hate the leverage ratio because it is less easy to game” than Basel-based capital rules.

The House committee says that the Basel regime is “a highly politicized, deeply unreliable risk-based approach to measuring capital adequacy” with an almost mind-numbing level of complexity” that has resulted in the largest banks becoming “almost entirely opaque to their investors, creditors, and regulators.”

Leverage ratios measure funds available to absorb losses against the total balance sheet and some off-balance sheet assets. An election by a bank to take the “off-ramp” from the Dodd-Frank risk-based regulatory requirements would be available under the bill to financial institutions that maintain a leverage ratio of at least 10% and have a composite CAMELS rating, the regulatory measure based on inspections, of 1 or 2.

Dowd’s Cato colleague Mark Calabria, a former staffer to Sen Richard Shelby, a Republican of Alabama and ranking member of the Committee on Banking, Housing, and Urban Affairs, told MarketWatch in an interview that support for higher equity capital for banks has gained momentum. “In practice the risk-weighted Basel approach has not gone well,” said Calabria. “If you got rid of all the safety nets the biggest banks enjoy, the market would demand closer to 20% equity capital.”

The opportunity to use leverage ratios to measure capital adequacy in exchange for higher equity capital plays into the hands of reformers whose politics cross party lines, such as Stanford University’s Anat Admati. Admati has been pushing this approach since a 2010 letter to the Financial Times signed by her and 19 others that suggested a minimum required leverage ratio of at least 15% — at least five times greater than what’s required under Basel III.

The bill also eliminates the authority of the Financial Stability Oversight Council to designate risky non-banks and “financial market utilities” such as clearinghouses as “systemically important financial institutions”. The FSOC was created by the Dodd-Frank Act to review the systemic risk to the capital markets presented by large, global financial institutions. This provision is also popular with the financial services community and may have staying power after the November election.

MetLife Inc. MET, +0.09% recently beat federal regulators in court who sought to classify the insurer as too “systemically important” to fail. The designation would have subjected the organization to closer scrutiny by regulators and also give it access to the Federal Reserve discount window in case of financial stress. The bill retroactively repeals any previous SiFi designations of non-bank financial companies like MetLife. The Wall Street Journal reported that MetLife’s two main rivals, Prudential Financial Inc. PRU, +0.46% and American International Group Inc. AIG, +0.36% , which have also been designated systemically important, are expected to consider challenging their designation.

The bill also repeals the FSOC’s authority to break up a large financial institution if the Federal Reserve finds that the firm “poses a grave threat to the financial stability of the United States.” The Treasury’s Office of Financial Research, created by Dodd-Frank to support the FSOC, would also disappear.

Hensarling wants to restructure the Consumer Financial Protection Bureau and other agencies as bipartisan commissions and subject them to congressional appropriations. The CFPB would also be required to have a cost-benefit analysis performed by the Office of Economic Analysis to support all new rules. Although the CFPB has been the target of unrelenting criticism from the Republicans in the House and Senate, its recent largest ever fine against Wells Fargo & Co. for creating fraudulent bank and credit card accounts could generate the support it needs to withstand this latest challenge.

The bill also steps on recent rule-making by the Department of Labor regarding fiduciary standards of conduct for brokers-dealers who advise retirees. The Clinton Administration is expected to continue to strongly support this rule, if elected, and the Securities and Exchange Commission is readying its version of the rules that go beyond protection for retirees.

Hensarling’s bill also shuts down what the committee’s summary calls “two of the most misguided” Dodd-Frank provisions — regulations regarding limits of bank incentive-based compensation and public company CEO-to-worker pay ratio disclosures. Although the SEC has proposed final rules in both cases, they have yet to be approved and are vulnerable, especially if still pending after the election.

The bill’s most controversial provision is a reversal of the Durbin Amendment to Dodd-Frank that imposed a cap on “interchange fees”, the fees charged by a customer’s bank to a merchant’s bank when the customer uses a debit card. The banking lobby is strongly for going back to unrestricted fees, but consumer groups and the industry group representing convenience and fuel retailers says repealing debit fee reform “would allow the credit card Goliaths to resume price-fixing of debit-card fees and block smaller card networks from competing with them for business.

The Financial Choice Act also reaches back to the Sarbanes-Oxley Act of 2002 when it repeals provisions of that law that deny Congress access to information and keep disciplinary proceedings against auditors secret. That secrecy was built into the rules governing the Public Company Accounting Oversight Board, the audit regulator established by the law after the Enron scandal. Attempts to repeal these secrecy provisions of the Sarbanes-Oxley Act regarding auditors will continue to be proposed by those pushing for accountability and transparency, despite having been introduced jointly in 2011, 2013, and again in 2015 by Democrats and Republicans and subsequently dying after lobbying pressure from the accounting industry giants.