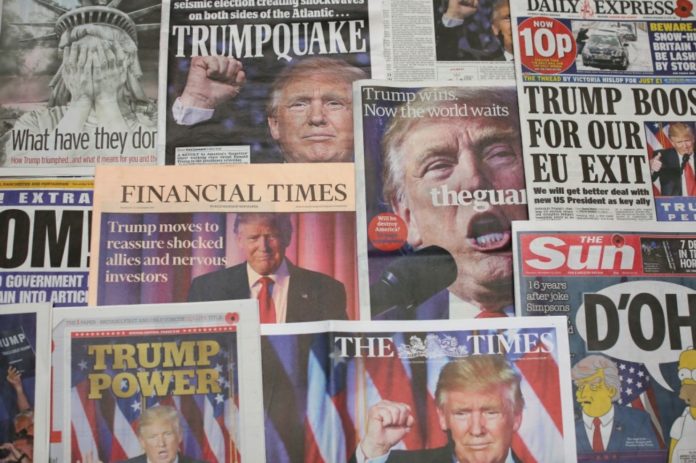 It's been 36 hours (or so) since we were all witnesses to the biggest political upset in presidential history. As President-elect Donald Trump and President Obama huddle in Washington on Thursday, and as the gears of the incoming government begin to grind in earnest, I'm still totally captivated by the “how” of this election. How did this happen and what can we learn about ourselves and the country as a result?

The best way to do that — still — is the exit poll, the national survey of voters that gives us a portrait of who we are and what we believe. As you might expect in an election this historic, there are lots and lots of remarkable — and remarkably contradictory — findings in the exits. My take-aways — offered only in the order I came up with them — are below. (A caveat: When you talk about slicing and dicing exit polls, you are, at times, dealing with very small numbers of actual people on which broad conclusions are based. Consider that as you go through these numbers.)

1. Trump won the white vote by a record margin

In 1984, Ronald Reagan won the white vote by 20 points on his way to a 525 electoral vote smashing of Walter Mondale. Mitt Romney matched that 20-point victory in 2012 while losing relatively convincingly to President Obama. On Tuesday, Trump one-upped them both — literally. He won the white vote 58 percent to 37 percent.

The white vote also continued its decline as a percentage of the overall voter pool. In 1984, whites made up 86 percent of the total electorate. That number was 72 percent in 2012. And 70 percent in 2016.

2. There was no surge of female voters

For all of the talk that Trump's comments about women — and the allegations of sexual assault made against him by a dozen women — would mean historic turnout among female voters (and a historic margin of defeat for Trump), it simply never materialized.

Women made up 52 percent of the overall electorate in 2016 — down from 53 percent in 2012. And Hillary Clinton's 12-point margin over Trump among women was pretty darn close to the 11-point win among women that Obama claimed over Romney four years ago.

3. There was no surge of Latino voters

Trump built his campaign on a pledge to build a wall on our Southern border and make Mexico pay for it. He suggested during the campaign that a judge of Mexican descent might not be able to rule fairly in a case involving Trump University. He said that Mexico was sending “criminals” and “rapists” to the United States.

All of that led to predictions of historically high Hispanic turnout, with many predicting that 2016 would be the election that Latinos emerge as the electoral force that their population numbers suggest they should be.

In 2012, Hispanics made up 10 percent of the overall electorate. That bumped up, marginally, to 11 percent in 2016. And, far more interestingly, Trump actually performed better among Hispanics than Romney did — 29 percent to 27 percent. More tellingly, Clinton underperformed Obama's 2012 showing among Hispanics by six points (71 percent for Obama, 65 percent for Clinton), an under-performance that allowed Trump's slight over-performance among white voters to matter more.

Also, contrary to some of the conventional wisdom out there about the 2016 voter, this was a more highly educated electorate than in 2012. It split evenly — 50 percent for each — between college grads and non-college grads. Four years ago, 53 percent of the electorate was non-college grads as compared to 47 percent who had a college degree.

5. Trump did better with white evangelicals than Romney

How to explain it? One theory is that as a Mormon, Romney was always viewed skeptically by evangelical whites. Another is that with social issues on the wane as voting issues, white evangelicals acted more tribally; they're an overwhelmingly Republican bloc and voted like it. Or maybe Trump's antiabortion stance — and Clinton's support of abortion rights — was enough.

6. Trump didn't brings lots of new voters to the process

Just 10 percent of voters said that the 2016 election was their first time voting. Of that group, Clinton won 56 percent to 40 percent over Trump. Of course, new voters often overlap with younger voters who are eligible to vote for the first time; Clinton won among 18- to 24-year-olds by 21 points.

7. The economy was the big issue — and Clinton won it

A majority (52 percent) of voters said the economy was the most important issue facing the country. (Voters were given a choice of four issues; “terrorism” was the second most commonly named “important” issue, with 18 percent choosing it.) Among those economy voters, Clinton beat Trump by 10 points.

Scratching your head yet? More below — but this is one of several findings in the exit poll that suggest people weren't voting on issues. Like, at all.

8. This was a change election. And Trump was the change candidate.

To me, this is the single most important number in the exit poll in understanding what voters were thinking when they chose Trump. Provided with four candidate qualities and asked which mattered most to their vote, almost 4 in 10 (39 percent) said a candidate who “can bring needed change." (A candidate who “has the right experience” was the second most important character trait.) Among those change voters, Trump took 83 percent of the vote to just 14 percent for Clinton.

The desire for change appears to be at the root of the choice lots and lots of voters made. And Trump was change while Clinton was more of the same.

9. Obamacare was a wind beneath Trump's wings

The late October announcement that the average premium for people in the federal insurance exchange of the Affordable Care Act would rise by an average of 25 percent landed like a lead balloon on a not-insignificant portion of the electorate.

Almost half of the electorate (47 percent) said they thought Obamacare “went too far.” Trump beat Clinton 83 percent to 13 percent among that group.

10. Trump's personal image was and is horrible

Trump's victory should be in no way interpreted as a vote of confidence in him or his capacity to do the job. Less than 4 in 10 voters (38 percent) had a favorable opinion of him. Only 1 in 3 said he was “honest and trustworthy.” Thirty-eight percent said he was “qualified” to be president. Thirty-five percent said he has the “temperament to serve effectively as president.”

How can a candidate win with numbers like these? Because the desire for change was so great that it overrode all of the doubts — or at least many of the doubts — people had about Trump.

Democrats spent the entire election — and the two days since the election! — insisting that Clinton's decision to exclusively use a private email server as secretary of state was a non-issue. Turns out they were wrong. Almost two-thirds of Americans (63 percent) said that Clinton's “use of private email” bothered them “a lot” or “some.” Among that group, Trump won 70 percent to 24 percent.

12. This was a deeply pessimistic electorate

Just 1 in 3 voters said they thought the country was “generally going in the right direction.” Clinton won 90 percent of that group. But, among the two-thirds of people who said things were “seriously off on the wrong track,” Trump took 69 percent.

Again, “change versus more of the same” as the dominant theme of the election. And evidence that Trump's willingness to say, “Yeah, things suck now ... but I will fix them” was a genius strategic decision.

13. People didn't think Trump lost the debates as badly as I did

I named Clinton the winner in each of three presidential debates — and I didn't think any of the three were particularly close. Lots of people who voted Tuesday did not agree with me. Among the 64 percent who said the debates were an “important” part of their vote for president, Clinton won by a narrow 50 percent to 47 percent margin over Trump. Of the 82 percent of people who said the debates were a “factor” in their decision for president, Trump took 50 percent to 47 percent for Clinton.