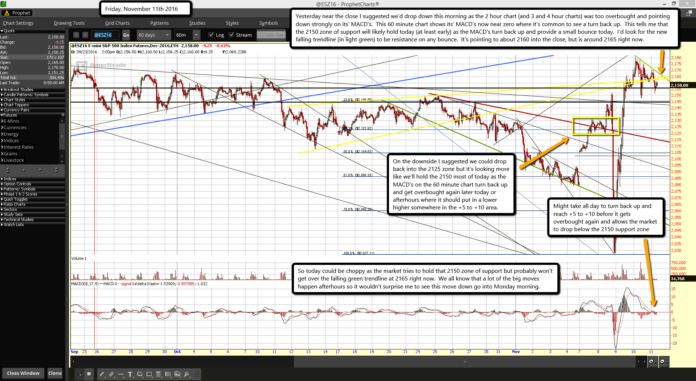 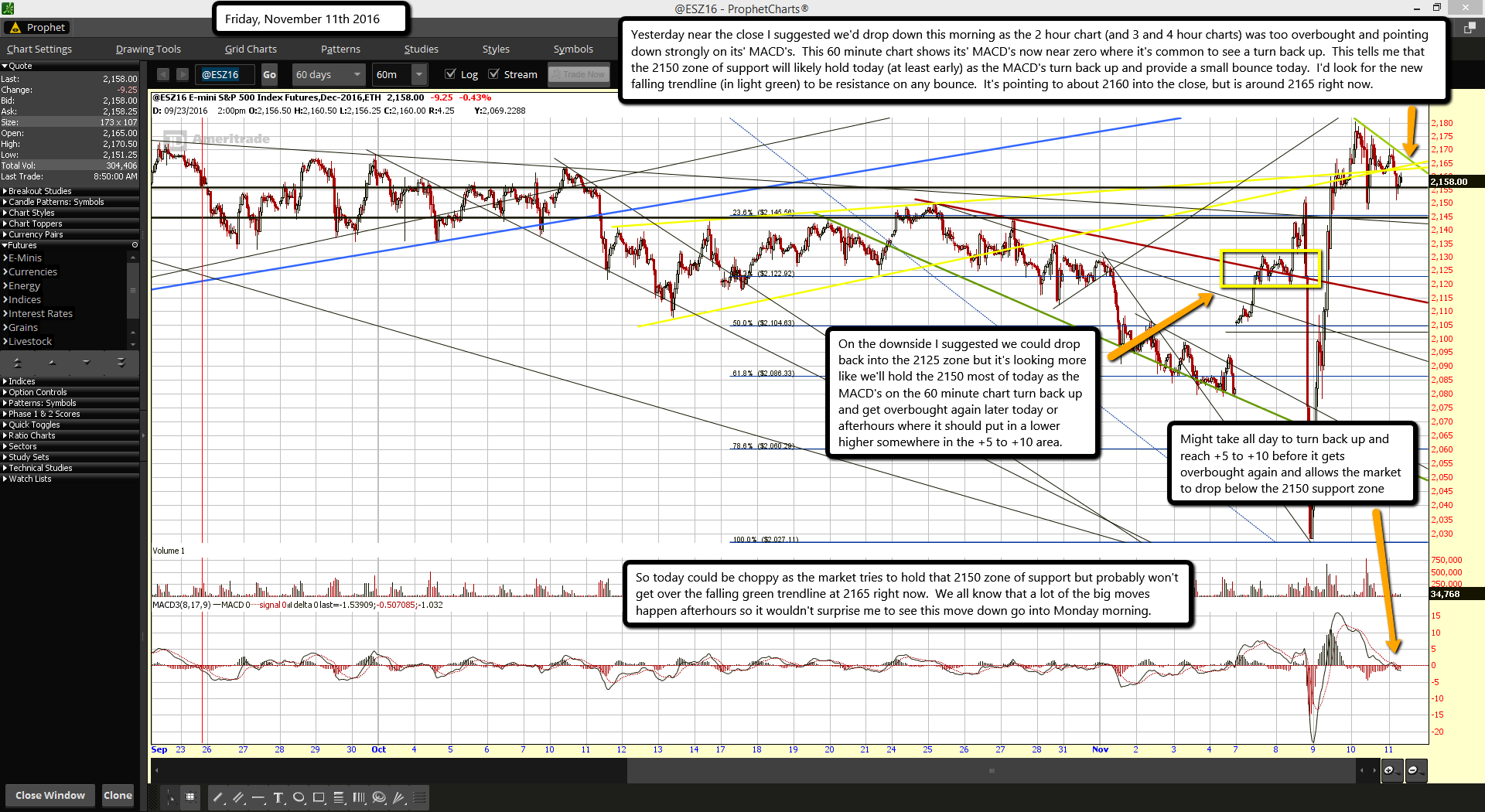 Yesterday near the close I suggested we'd drop down this morning as the 2 hour chart (and 3 and 4 hour charts) was too overbought and pointing down strongly on its' MACD's.  This 60 minute chart shows its' MACD's now near zero where it's common to see a turn back up.  This tells me that the 2150 zone of support will likely hold today (at least early) as the MACD's turn back up and provide a small bounce today.  I'd look for the new falling trendline (in light green) to be resistance on any bounce.  It's pointing to about 2160 into the close, but is around 2165 right now.

On the downside I suggested we could drop back into the 2125 zone but it's looking more like we'll hold the 2150 most of today as the MACD's on the 60 minute chart turn back up and get overbought again later today or afterhours where it should put in a lower higher somewhere in the +5 to +10 area.

So today could be choppy as the market tries to hold that 2150 zone of support but probably won't get over the falling green trendline at 2165 right now.  We all know that a lot of the big moves happen afterhours so it wouldn't surprise me to see this move down go into Monday morning.