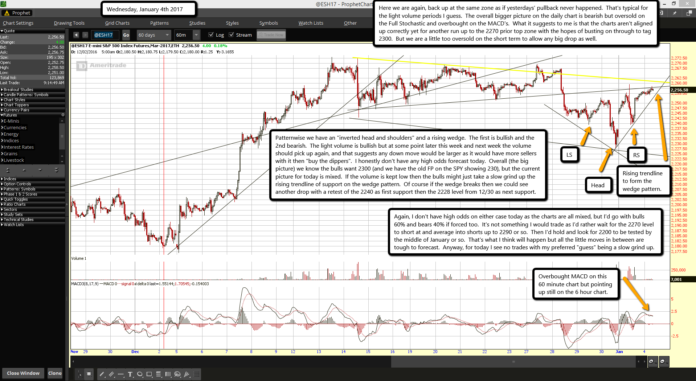 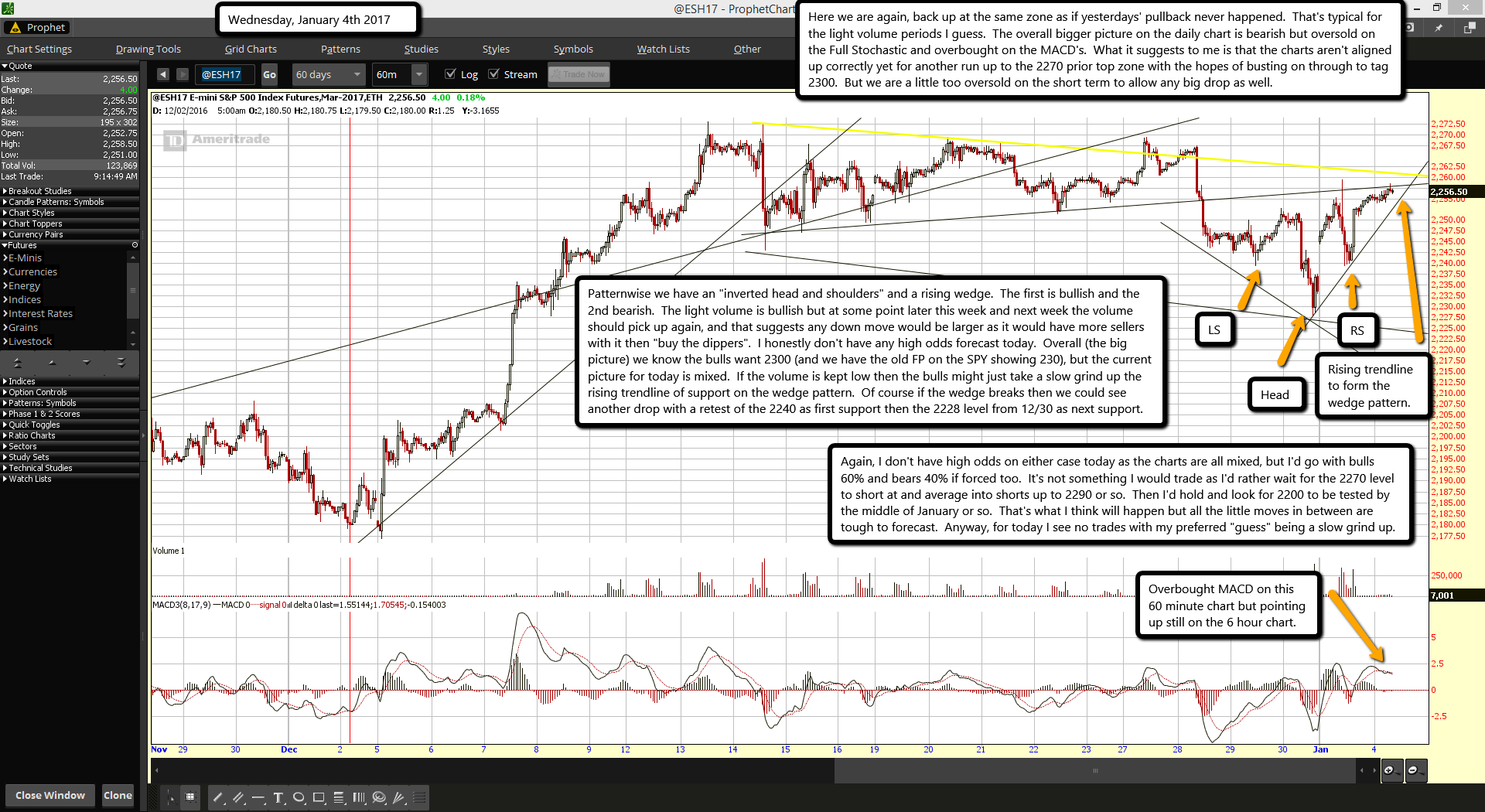 Here we are again, back up at the same zone as if yesterdays' pullback never happened.  That's typical for the light volume periods I guess.  The overall bigger picture on the daily chart is bearish but oversold on the Full Stochastic and overbought on the MACD's.  What it suggests to me is that the charts aren't aligned up correctly yet for another run up to the 2270 prior top zone with the hopes of busting on through to tag 2300.  But we are a little too oversold on the short term to allow any big drop as well.

Patternwise we have an "inverted head and shoulders" and a rising wedge.  The first is bullish and the 2nd bearish.  The light volume is bullish but at some point later this week and next week the volume should pick up again, and that suggests any down move would be larger as it would have more sellers with it then "buy the dippers".  I honestly don't have any high odds forecast today.  Overall (the big picture) we know the bulls want 2300 (and we have the old FP on the SPY showing 230), but the current picture for today is mixed.  If the volume is kept low then the bulls might just take a slow grind up the rising trendline of support on the wedge pattern.  Of course if the wedge breaks then we could see another drop with a retest of the 2240 as first support then the 2228 level from 12/30 as next support.

Again, I don't have high odds on either case today as the charts are all mixed, but I'd go with bulls 60% and bears 40% if forced too.  It's not something I would trade as I'd rather wait for the 2270 level to short at and average into shorts up to 2290 or so.  Then I'd hold and look for 2200 to be tested by the middle of January or so.  That's what I think will happen but all the little moves in between are tough to forecast.  Anyway, for today I see no trades with my preferred "guess" being a slow grind up.