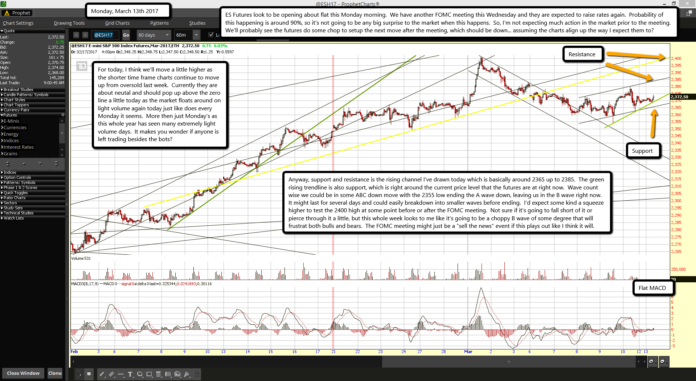 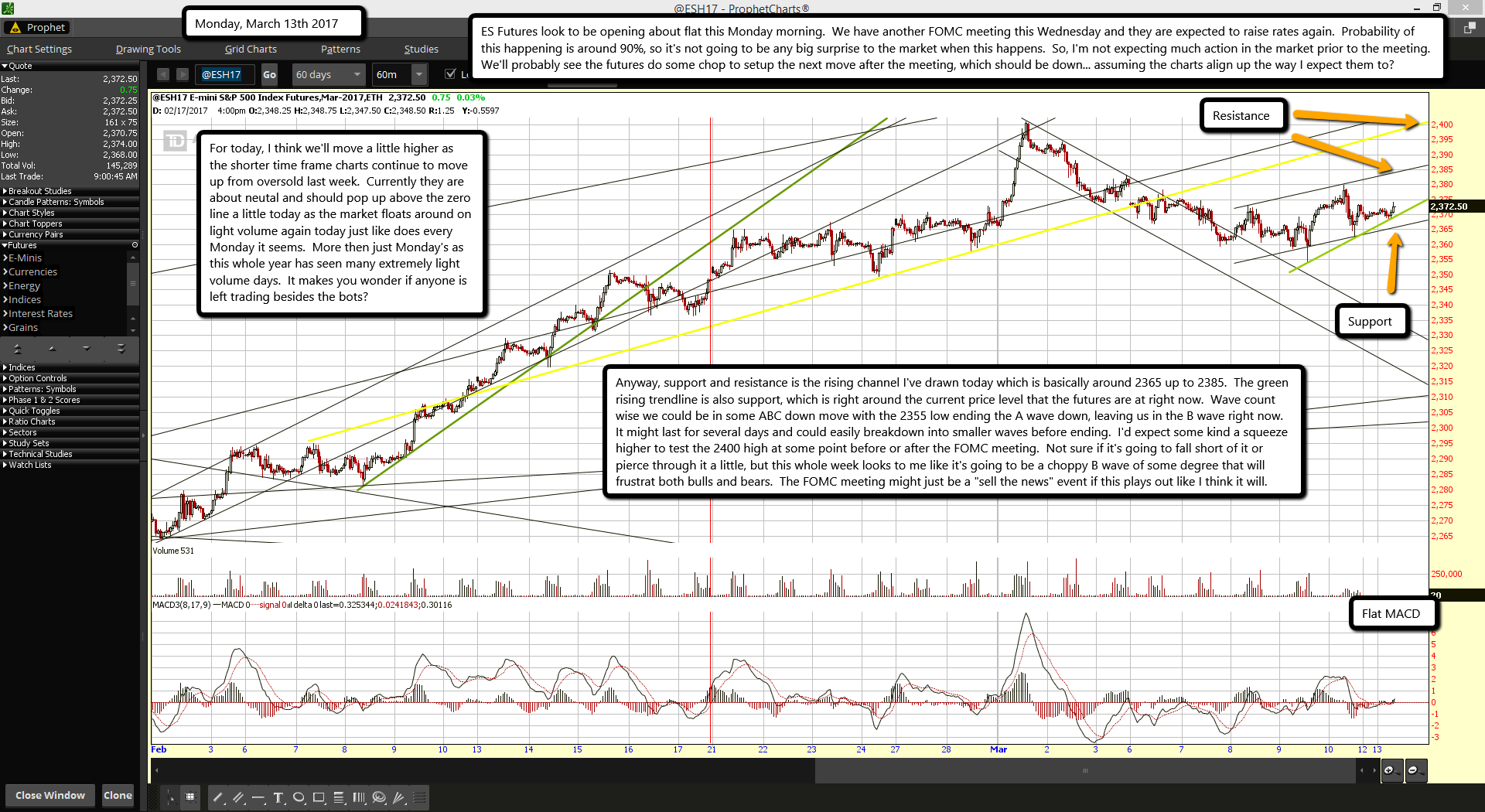 ES Futures look to be opening about flat this Monday morning.  We have another FOMC meeting this Wednesday and they are expected to raise rates again.  Probability of this happening is around 90%, so it's not going to be any big surprise to the market when this happens.  So, I'm not expecting much action in the market prior to the meeting.  We'll probably see the futures do some chop to setup the next move after the meeting, which should be down... assuming the charts align up the way I expect them to?

For today, I think we'll move a little higher as the shorter time frame charts continue to move up from oversold last week.  Currently they are about neutal and should pop up above the zero line a little today as the market floats around on light volume again today just like does every Monday it seems.  More then just Monday's as this whole year has seen many extremely light volume days.  It makes you wonder if anyone is left trading besides the bots?

Anyway, support and resistance is the rising channel I've drawn today which is basically around 2365 up to 2385.  The green rising trendline is also support, which is right around the current price level that the futures are at right now.  Wave count wise we could be in some ABC down move with the 2355 low ending the A wave down, leaving us in the B wave right now.  It might last for several days and could easily breakdown into smaller waves before ending.  I'd expect some kind a squeeze higher to test the 2400 high at some point before or after the FOMC meeting.  Not sure if it's going to fall short of it or pierce through it a little, but this whole week looks to me like it's going to be a choppy B wave of some degree that will frustrat both bulls and bears.  The FOMC meeting might just be a "sell the news" event if this plays out like I think it will.