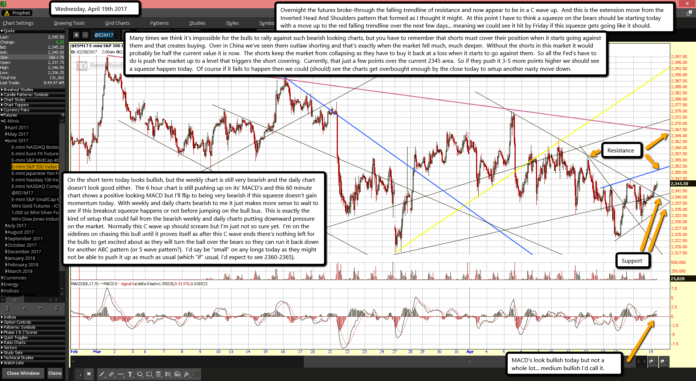 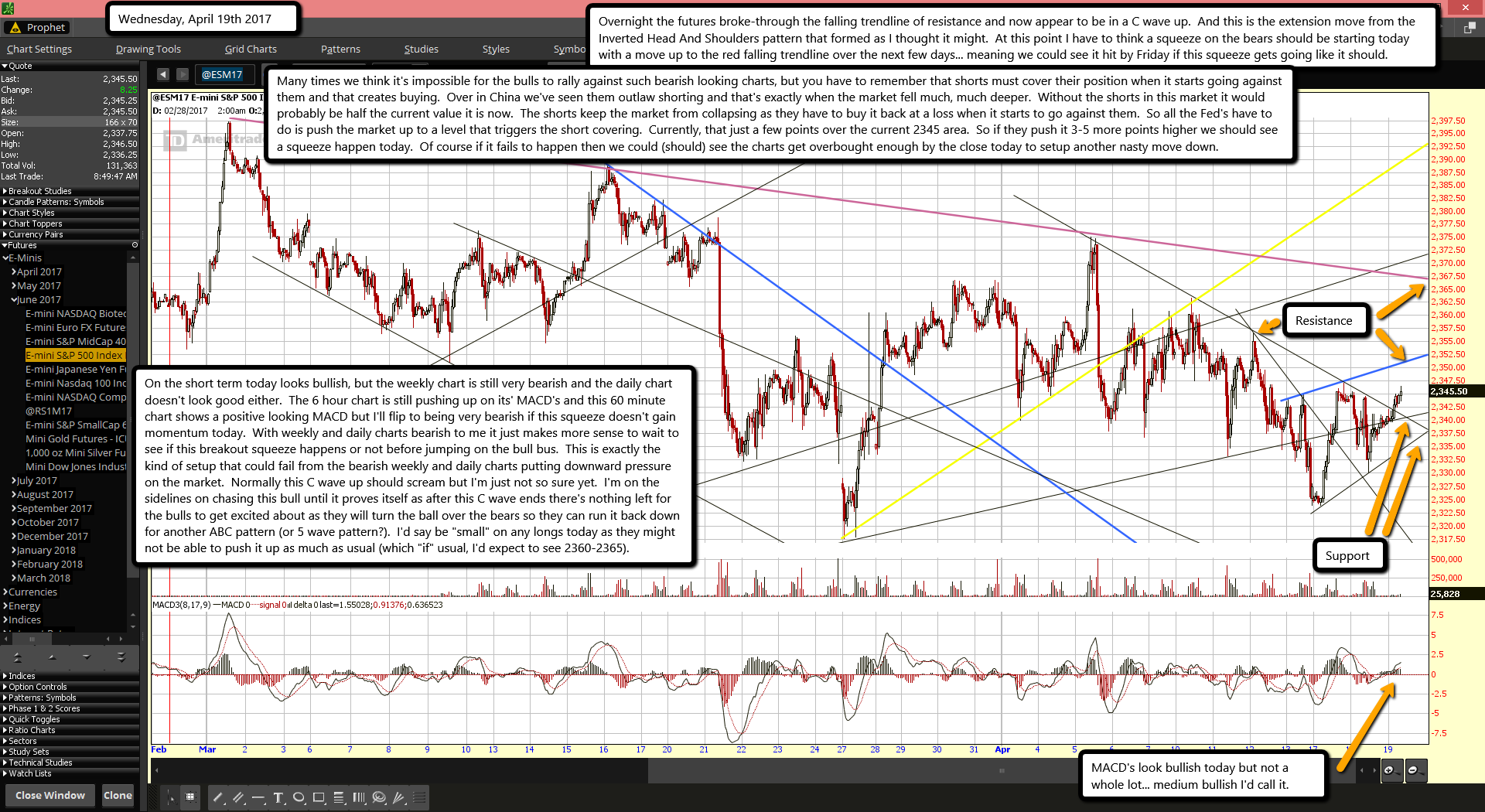 Overnight the futures broke-through the falling trendline of resistance and now appear to be in a C wave up.  And this is the extension move from the Inverted Head And Shoulders pattern that formed as I thought it might.  At this point I have to think a squeeze on the bears should be starting today with a move up to the red falling trendline over the next few days... meaning we could see it hit by Friday if this squeeze gets going like it should.

Many times we think it's impossible for the bulls to rally against such bearish looking charts, but you have to remember that shorts must cover their position when it starts going against them and that creates buying.  Over in China we've seen them outlaw shorting and that's exactly when the market fell much, much deeper.  Without the shorts in this market it would probably be half the current value it is now.  The shorts keep the market from collapsing as they have to buy it back at a loss when it starts to go against them.  So all the Fed's have to do is push the market up to a level that triggers the short covering.  Currently, that just a few points over the current 2345 area.  So if they push it 3-5 more points higher we should see a squeeze happen today.  Of course if it fails to happen then we could (should) see the charts get overbought enough by the close today to setup another nasty move down.

On the short term today looks bullish, but the weekly chart is still very bearish and the daily chart doesn't look good either.  The 6 hour chart is still pushing up on its' MACD's and this 60 minute chart shows a positive looking MACD but I'll flip to being very bearish if this squeeze doesn't gain momentum today.  With weekly and daily charts bearish to me it just makes more sense to wait to see if this breakout squeeze happens or not before jumping on the bull bus.  This is exactly the kind of setup that could fail from the bearish weekly and daily charts putting downward pressure on the market.  Normally this C wave up should scream but I'm just not so sure yet.  I'm on the sidelines on chasing this bull until it proves itself as after this C wave ends there's nothing left for the bulls to get excited about as they will turn the ball over the bears so they can run it back down for another ABC pattern (or 5 wave pattern?).  I'd say be "small" on any longs today as they might not be able to push it up as much as usual (which "if" usual, I'd expect to see 2360-2365).