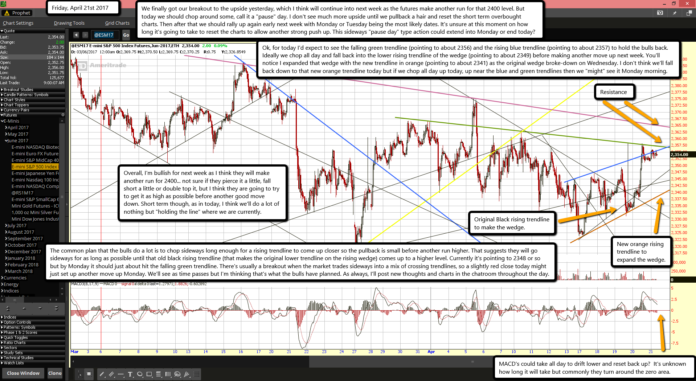 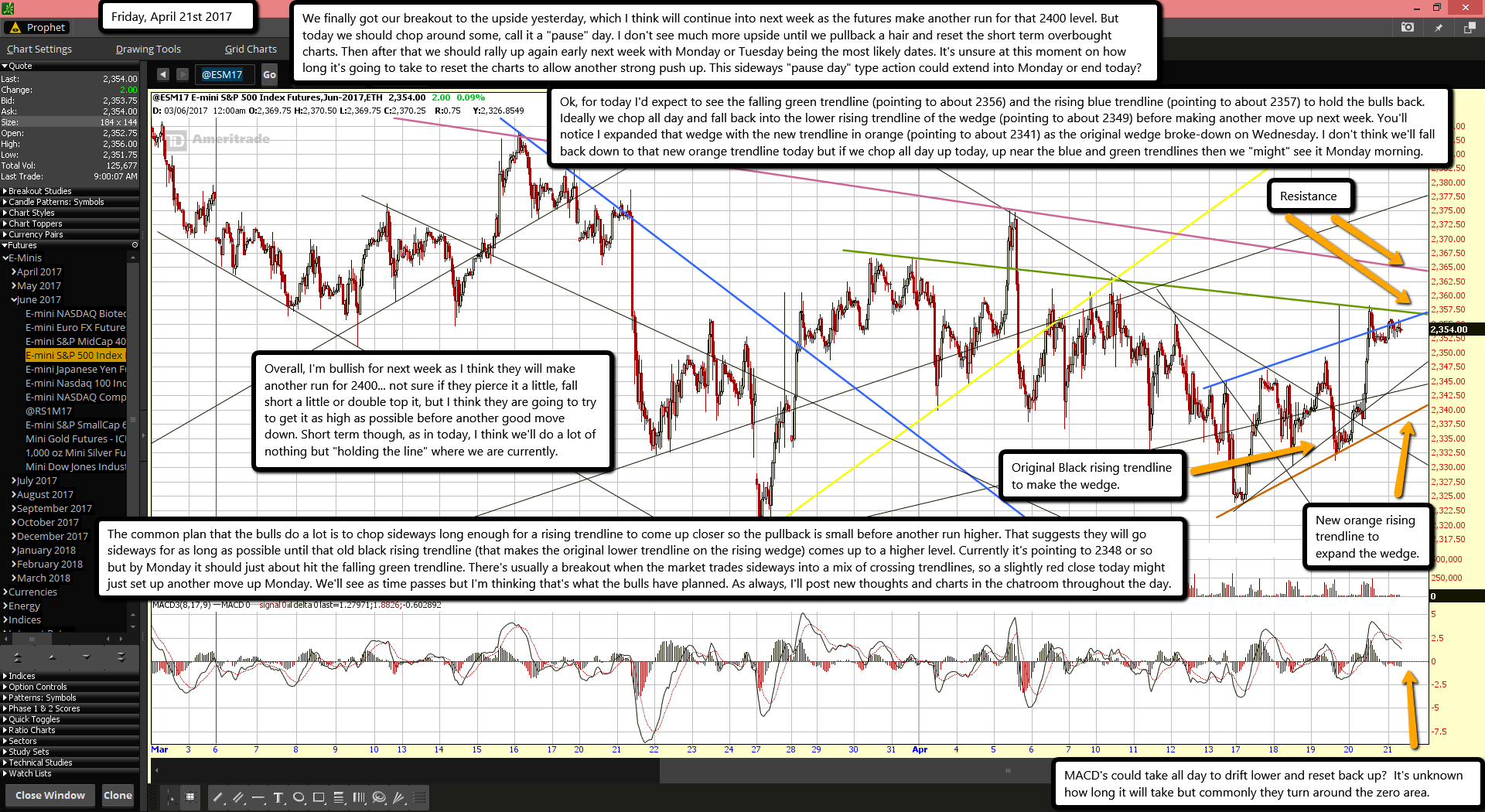 We finally got our breakout to the upside yesterday, which I think will continue into next week as the futures make another run for that 2400 level. But today we should chop around some, call it a "pause" day. I don't see much more upside until we pullback a hair and reset the short term overbought charts. Then after that we should rally up again early next week with Monday or Tuesday being the most likely dates. It's unsure at this moment on how long it's going to take to reset the charts to allow another strong push up. This sideways "pause day" type action could extend into Monday or end today?

Overall, I'm bullish for next week as I think they will make another run for 2400... not sure if they pierce it a little, fall short a little or double top it, but I think they are going to try to get it as high as possible before another good move down. Short term though, as in today, I think we'll do a lot of nothing but "holding the line" where we are currently.

The common plan that the bulls do a lot is to chop sideways long enough for a rising trendline to come up closer so the pullback is small before another run higher. That suggests they will go sideways for as long as possible until that old black rising trendline (that makes the original lower trendline on the rising wedge) comes up to a higher level. Currently it's pointing to 2348 or so but by Monday it should just about hit the falling green trendline. There's usually a breakout when the market trades sideways into a mix of crossing trendlines, so a slightly red close today might just set up another move up Monday. We'll see as time passes but I'm thinking that's what the bulls have planned. As always, I'll post new thoughts and charts in the chatroom throughout the day.