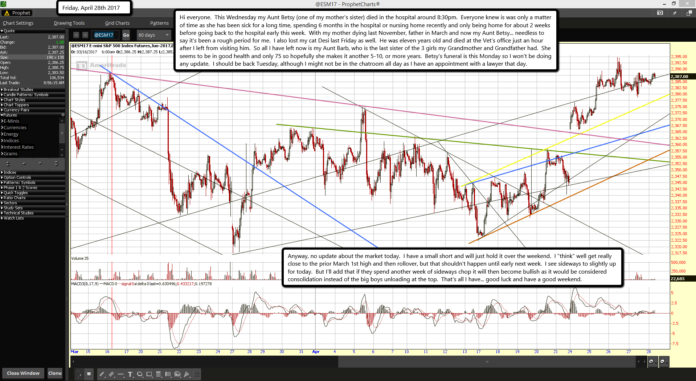 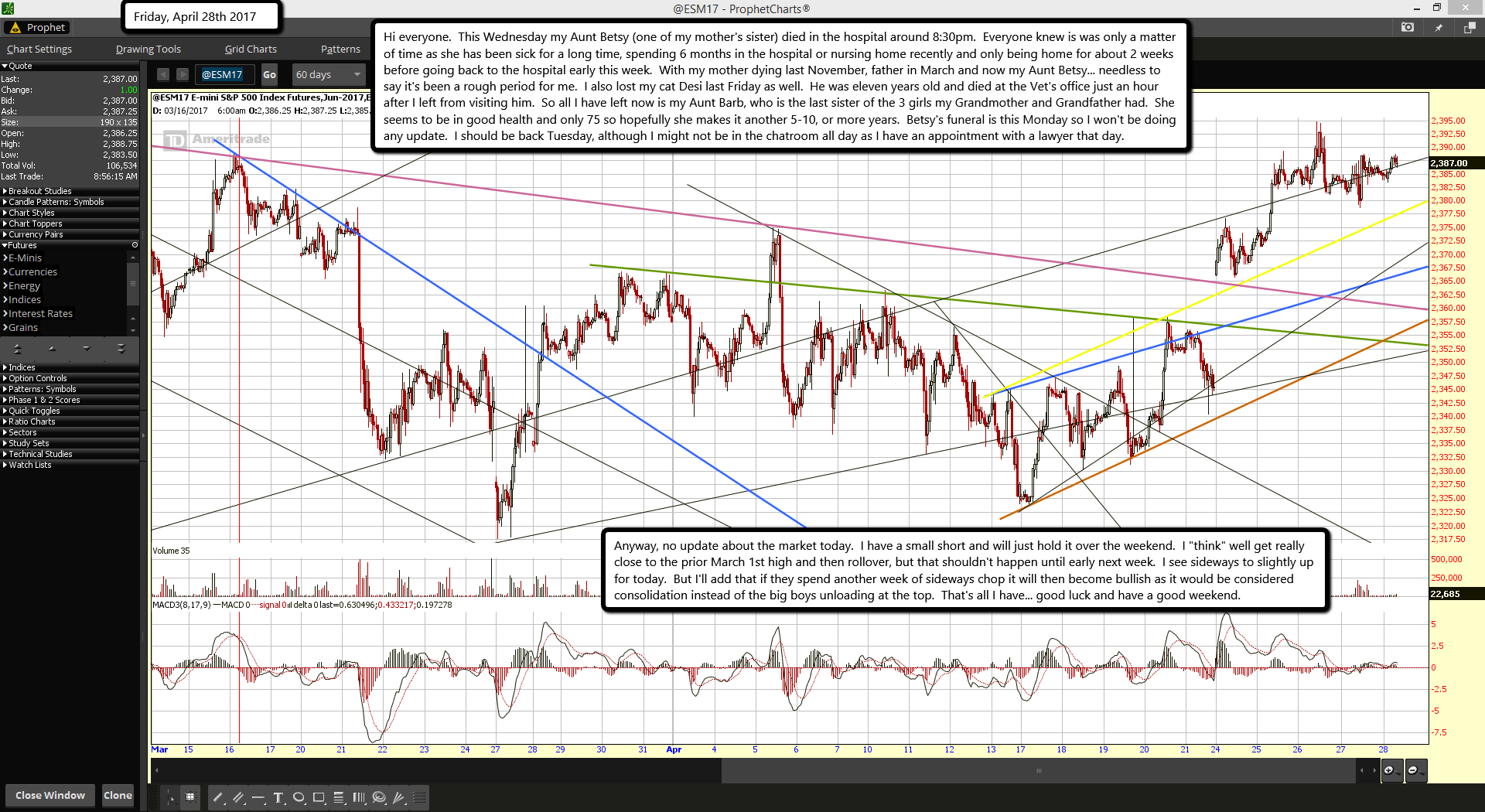 Hi everyone.  This Wednesday my Aunt Betsy (one of my mother's sister) died in the hospital around 8:30pm.  Everyone knew is was only a matter of time as she has been sick for a long time, spending 6 months in the hospital or nursing home recently and only being home for about 2 weeks before going back to the hospital early this week.  With my mother dying last November, father in March and now my Aunt Betsy... needless to say it's been a rough period for me.  I also lost my cat Desi last Friday as well.  He was eleven years old and died at the Vet's office just an hour after I left from visiting him.  So all I have left now is my Aunt Barb, who is the last sister of the 3 girls my Grandmother and Grandfather had.  She seems to be in good health and only 75 so hopefully she makes it another 5-10, or more years.  Betsy's funeral is this Monday so I won't be doing any update.  I should be back Tuesday, although I might not be in the chatroom all day as I have an appointment with a lawyer that day.

Anyway, no update about the market today.  I have a small short and will just hold it over the weekend.  I "think" well get really close to the prior March 1st high and then rollover, but that shouldn't happen until early next week.  I see sideways to slightly up for today.  But I'll add that if they spend another week of sideways chop it will then become bullish as it would be considered consolidation instead of the big boys unloading at the top.  That's all I have... good luck and have a good weekend.