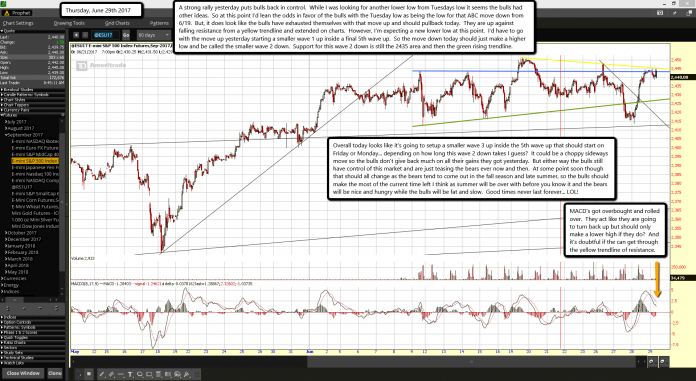 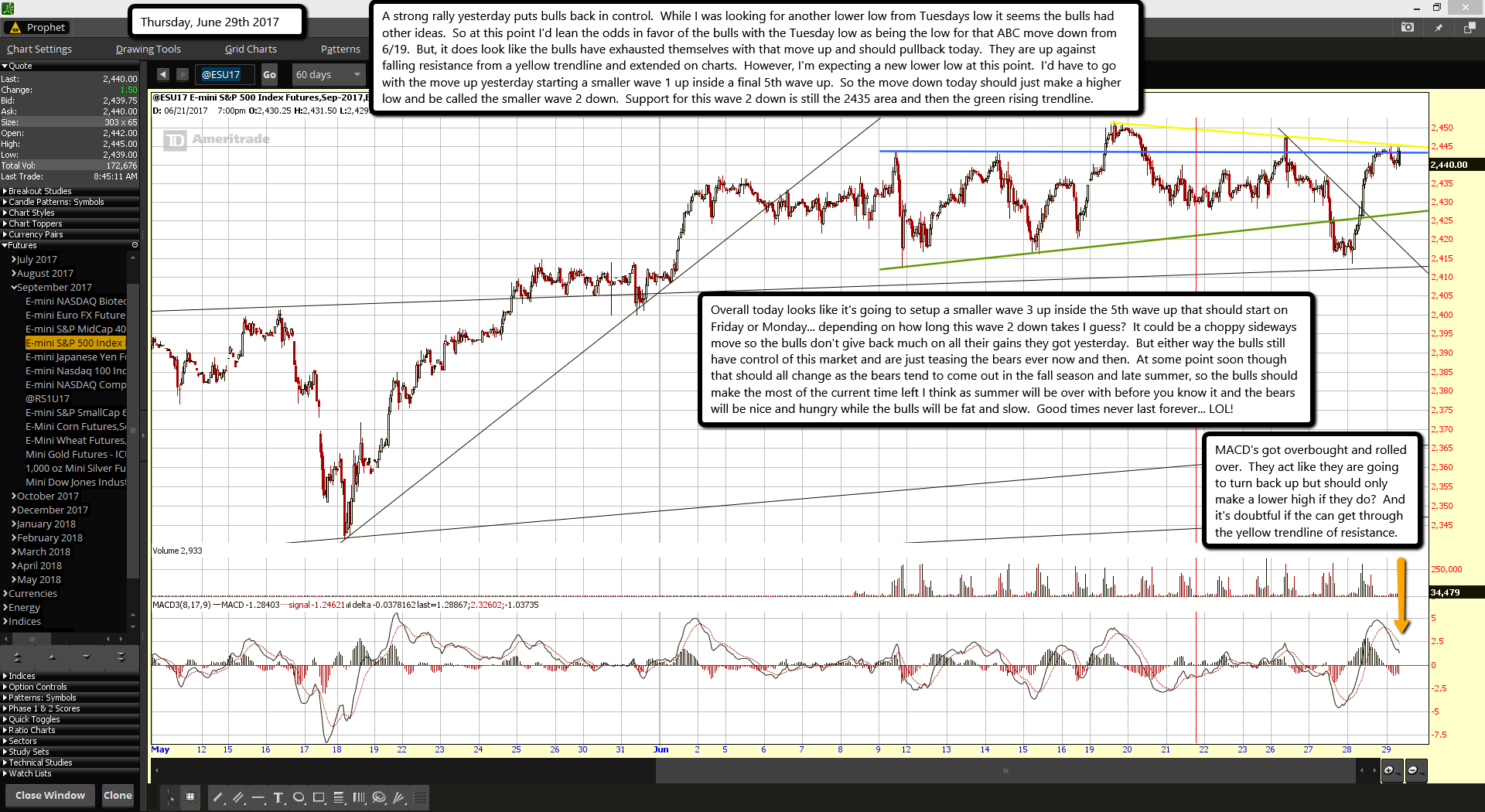 A strong rally yesterday puts bulls back in control.  While I was looking for another lower low from Tuesdays low it seems the bulls had other ideas.  So at this point I'd lean the odds in favor of the bulls with the Tuesday low as being the low for that ABC move down from 6/19.  But, it does look like the bulls have exhausted themselves with that move up and should pullback today.  They are up against falling resistance from a yellow trendline and extended on charts.  However, I'm expecting a new lower low at this point.  I'd have to go with the move up yesterday starting a smaller wave 1 up inside a final 5th wave up.  So the move down today should just make a higher low and be called the smaller wave 2 down.  Support for this wave 2 down is still the 2435 area and then the green rising trendline.

Overall today looks like it's going to setup a smaller wave 3 up inside the 5th wave up that should start on Friday or Monday... depending on how long this wave 2 down takes I guess?  It could be a choppy sideways move so the bulls don't give back much on all their gains they got yesterday.  But either way the bulls still have control of this market and are just teasing the bears ever now and then.  At some point soon though that should all change as the bears tend to come out in the fall season and late summer, so the bulls should make the most of the current time left I think as summer will be over with before you know it and the bears will be nice and hungry while the bulls will be fat and slow.  Good times never last forever... LOL!