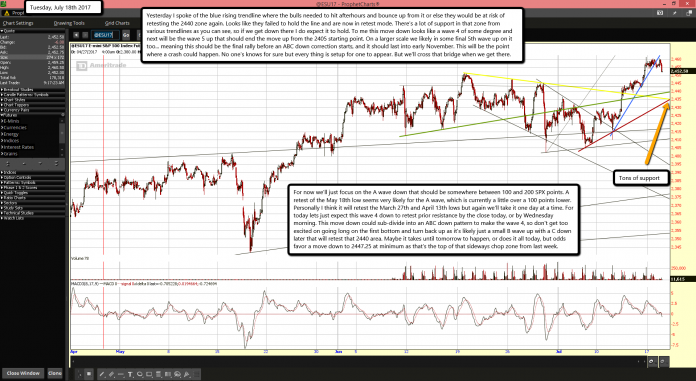 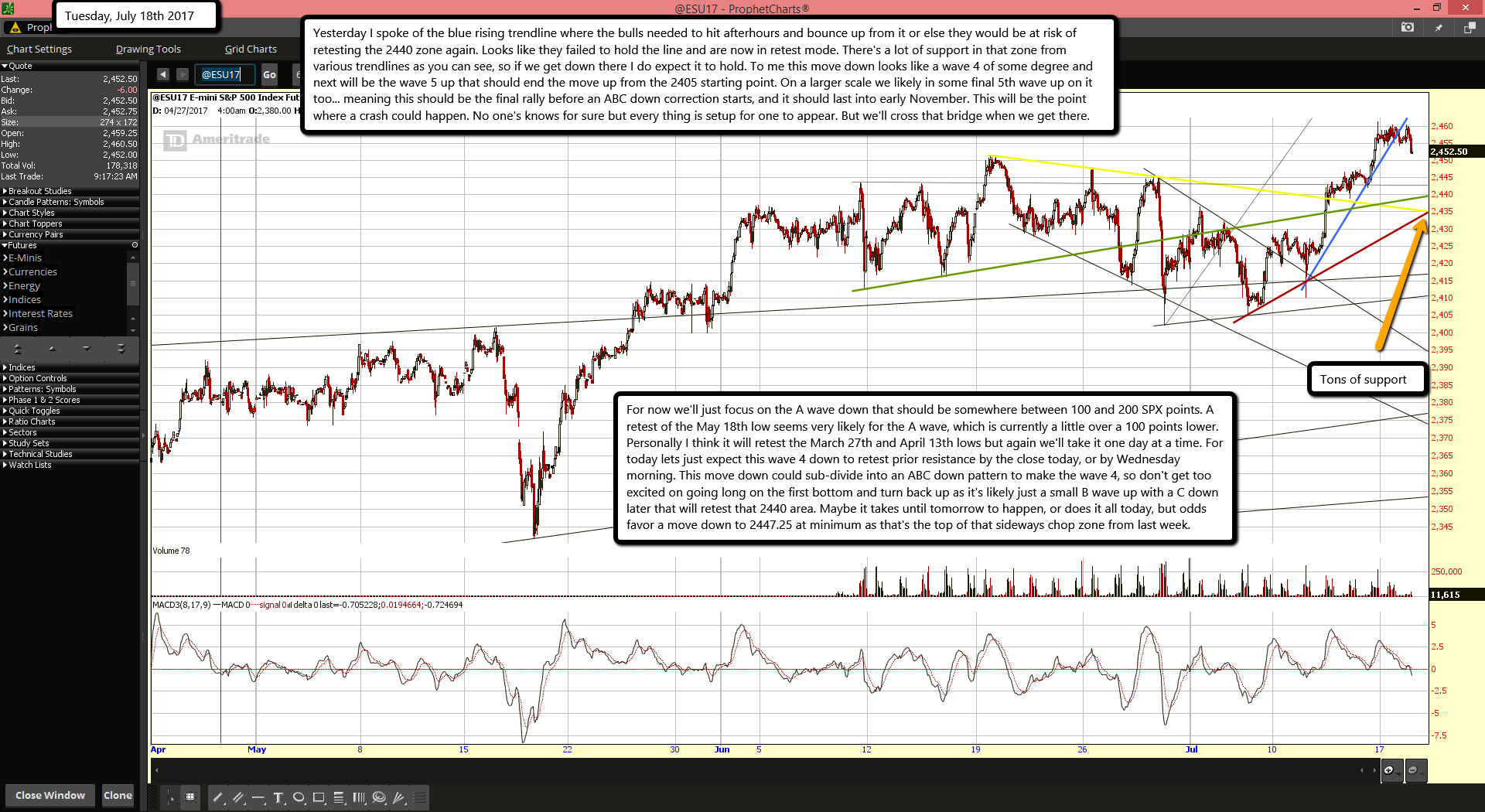 Yesterday I spoke of the blue rising trendline where the bulls needed to hit afterhours and bounce up from it or else they would be at risk of retesting the 2440 zone again. Looks like they failed to hold the line and are now in retest mode. There's a lot of support in that zone from various trendlines as you can see, so if we get down there I do expect it to hold. To me this move down looks like a wave 4 of some degree and next will be the wave 5 up that should end the move up from the 2405 starting point. On a larger scale we likely in some final 5th wave up on it too... meaning this should be the final rally before an ABC down correction starts, and it should last into early November. This will be the point where a crash could happen. No one's knows for sure but every thing is setup for one to appear. But we'll cross that bridge when we get there.

For now we'll just focus on the A wave down that should be somewhere between 100 and 200 SPX points. A retest of the May 18th low seems very likely for the A wave, which is currently a little over a 100 points lower. Personally I think it will retest the March 27th and April 13th lows but again we'll take it one day at a time. For today lets just expect this wave 4 down to retest prior resistance by the close today, or by Wednesday morning. This move down could sub-divide into an ABC down pattern to make the wave 4, so don't get too excited on going long on the first bottom and turn back up as it's likely just a small B wave up with a C down later that will retest that 2440 area. Maybe it takes until tomorrow to happen, or does it all today, but odds favor a move down to 2447.25 at minimum as that's the top of that sideways chop zone from last week.