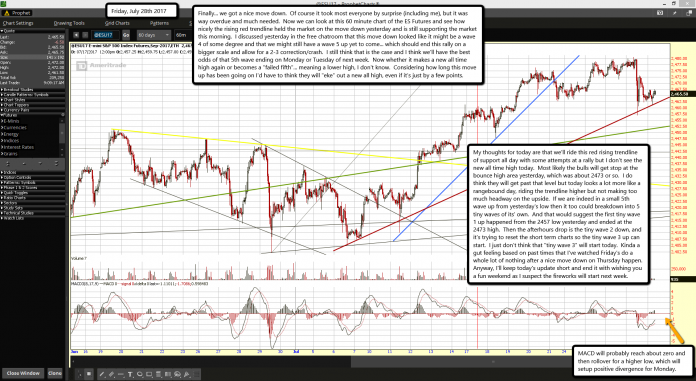 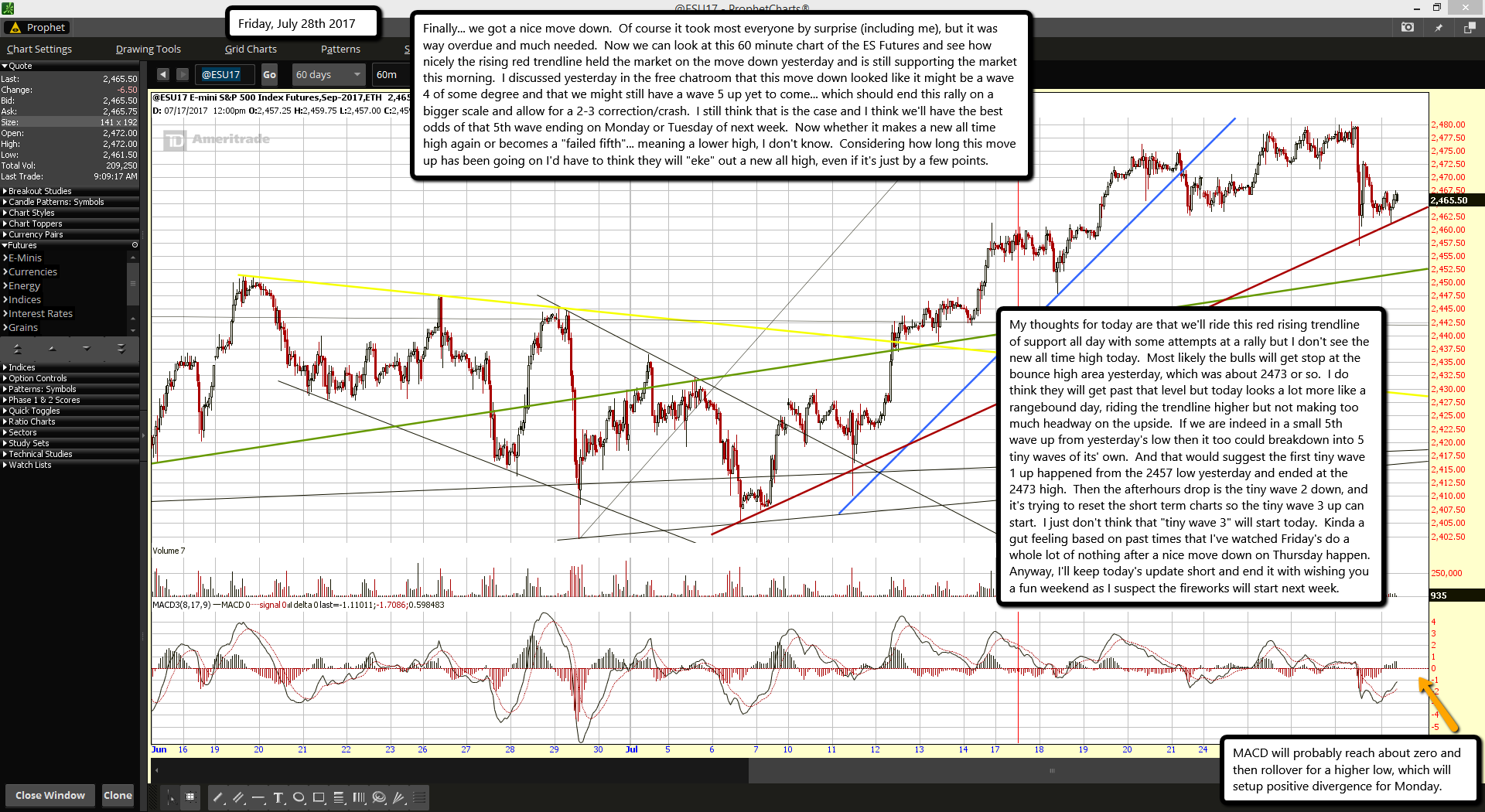 Finally... we got a nice move down.  Of course it took most everyone by surprise (including me), but it was way overdue and much needed.  Now we can look at this 60 minute chart of the ES Futures and see how nicely the rising red trendline held the market on the move down yesterday and is still supporting the market this morning.  I discussed yesterday in the free chatroom that this move down looked like it might be a wave 4 of some degree and that we might still have a wave 5 up yet to come... which should end this rally on a bigger scale and allow for a 2-3 correction/crash.  I still think that is the case and I think we'll have the best odds of that 5th wave ending on Monday or Tuesday of next week.  Now whether it makes a new all time high again or becomes a "failed fifth"... meaning a lower high, I don't know.  Considering how long this move up has been going on I'd have to think they will "eke" out a new all high, even if it's just by a few points.

My thoughts for today are that we'll ride this red rising trendline of support all day with some attempts at a rally but I don't see the new all time high today.  Most likely the bulls will get stop at the bounce high area yesterday, which was about 2473 or so.  I do think they will get past that level but today looks a lot more like a rangebound day, riding the trendline higher but not making too much headway on the upside.  If we are indeed in a small 5th wave up from yesterday's low then it too could breakdown into 5 tiny waves of its' own.  And that would suggest the first tiny wave 1 up happened from the 2457 low yesterday and ended at the 2473 high.  Then the afterhours drop is the tiny wave 2 down, and it's trying to reset the short term charts so the tiny wave 3 up can start.  I just don't think that "tiny wave 3" will start today.  Kinda a gut feeling based on past times that I've watched Friday's do a whole lot of nothing after a nice move down on Thursday happen.  Anyway, I'll keep today's update short and end it with wishing you a fun weekend as I suspect the fireworks will start next week.