Ten years on from the start of the global financial crisis, one of only a handful of economists to predict the crash, Professor Steve Keen, warns another one is “almost inevitable.”

On August 9, 2007, the French investment bank BNP Paribas announced it was shutting down three investment funds specializing in the US subprime market, explaining it was struggling to calculate their values against a backdrop of growing concerns over liquidity.

The rest is history. Banks collapsed, unemployment soared, and some governments even went bust. For a decade, politicians, regulators, and financiers have sought to find ways to recover and stop a similar catastrophe befalling the system. 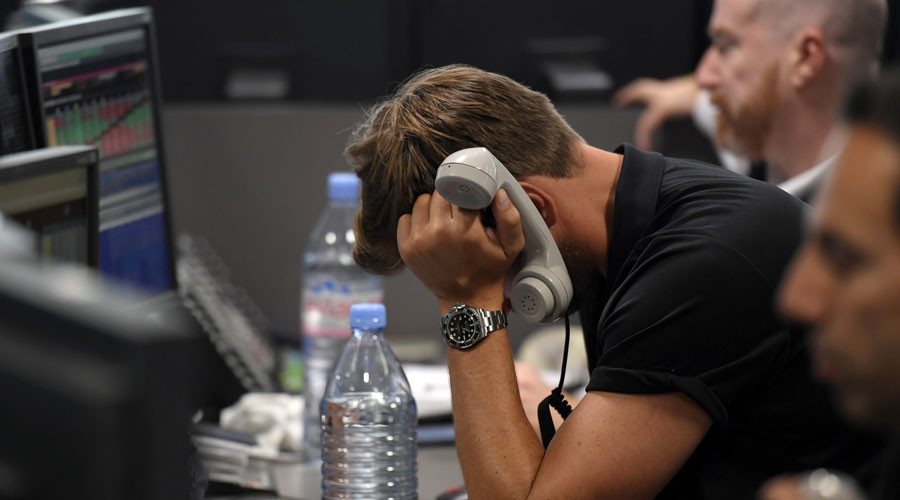 Keen, now head of the economics department at Kingston University in London, anticipated the last financial crisis at a time when most academic economists complacently didn’t.

Speaking to RT, Keen said another financial crisis could be just around the corner unless a fundamentally different approach to debt is adopted. He says we are too focused on government debt, when what actually caused the crisis was “run-away private debt.”

“The economy in the UK is not stable. It’s in the aftermath of the biggest financial crisis since the great depression, and there’s still a lack of awareness in the political classes about what actually caused the crisis in the first place,” Keen said.

“The Tories were incredibly successful in convincing the electorate that the crisis was caused by government spending, which is absurd. That is technically saying government spending in the UK caused the financial crisis in the United States. Which is just nonsense.

“And that gave us austerity for the last 10 years. That austerity has actually further weakened the economy.”

Keen says the level of private debt in the UK peaked at about 195 percent of gross domestic product (GDP) post-crisis. While it is now down to about 170 percent of GDP, it is roughly three times the level of debt England carried before the Margaret Thatcher era, he says.

“That’s the stuff that’s being ignored. Nothing is really being done about that. With the amount of debt just sitting there we are still likely to have another crisis – but more likely, we are going to have stagnation.”

What is cause for concern, Keen says, is what he calls the “zombie-to-be” economies, such as Australia, Belgium, China, Canada, and South Korea, which avoided the 2008 crisis by borrowing their way through it.

Now they have a bigger debt burden to deal with when the next crisis hits, which could be between 2017 and 2020, he says.

“[The ‘zombie-to-be’ economies] are roughly equivalent in size to the American economy. So when they fall, then there will be a crisis that affects the rest of the world, including the UK.”

Keen sees China as a terminal case. It has expanded credit at an annualized rate of around 25 percent for years on end. With private sector debt exceeding 200 percent of GDP, China resembles the over-indebted economies of Ireland and Spain prior to 2008.

He also has little hope for his native Australia, whose credit and housing bubbles failed to burst in 2008. Last year, Australian private sector credit nudged above 200 percent of GDP, up more than 20 percentage points since the global financial crisis.

Australia shows “that you can avoid a debt crisis today only by putting it off until tomorrow,” Keen says.