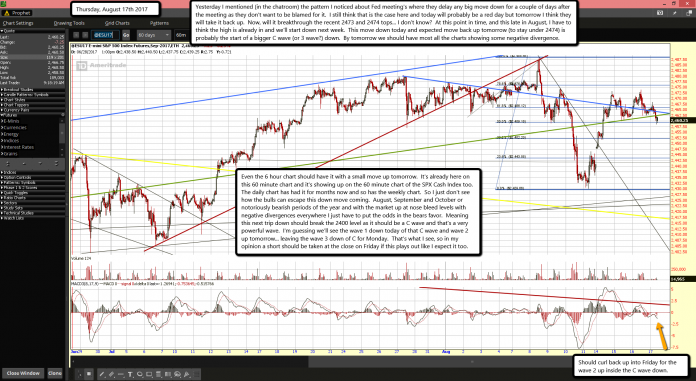 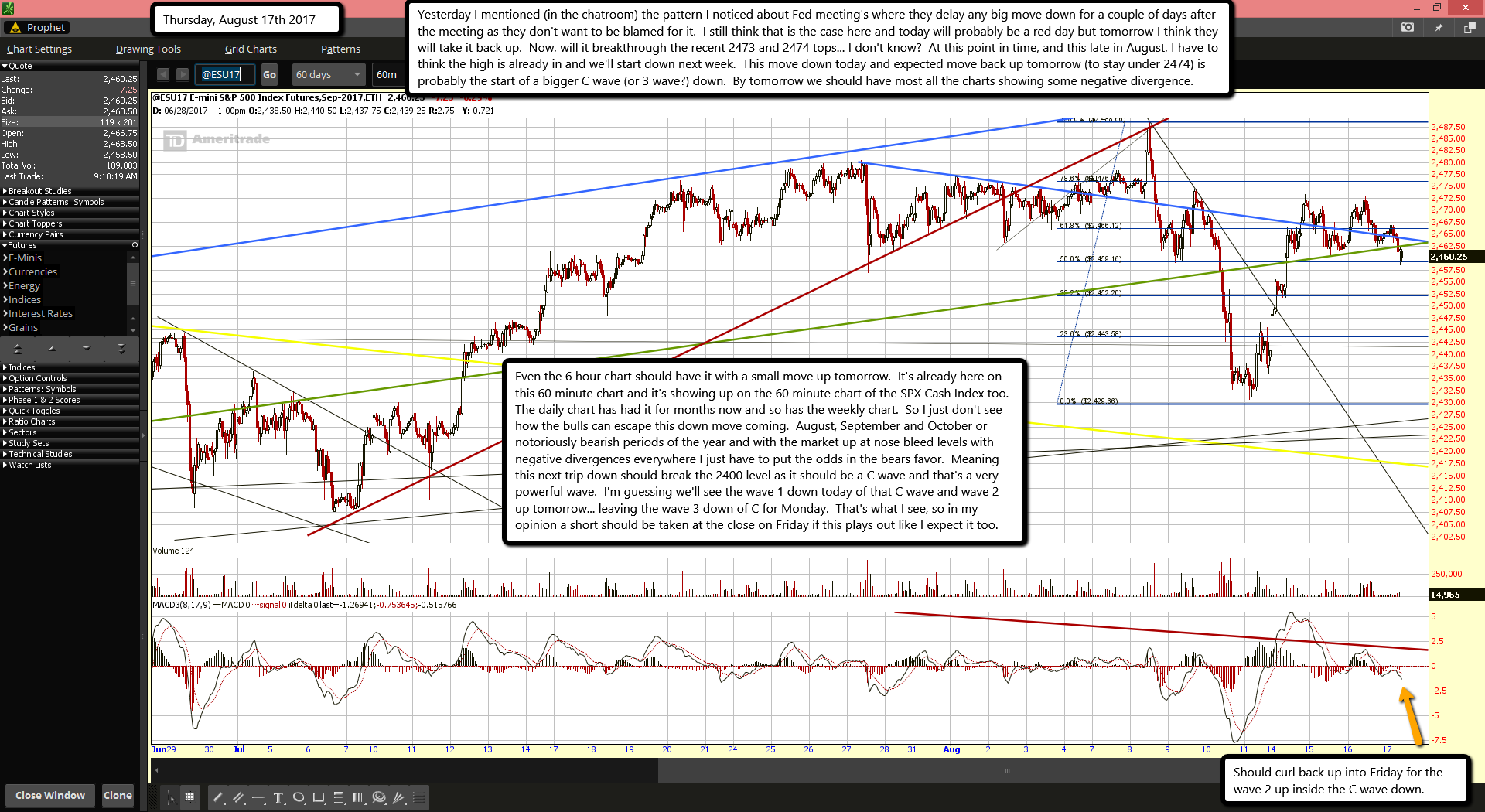 Yesterday I mentioned (in the chatroom) the pattern I noticed about Fed meeting's where they delay any big move down for a couple of days after the meeting as they don't want to be blamed for it.  I still think that is the case here and today will probably be a red day but tomorrow I think they will take it back up.  Now, will it breakthrough the recent 2473 and 2474 tops... I don't know?  At this point in time, and this late in August, I have to think the high is already in and we'll start down next week.  This move down today and expected move back up tomorrow (to stay under 2474) is probably the start of a bigger C wave (or 3 wave?) down.  By tomorrow we should have most all the charts showing some negative divergence.

Even the 6 hour chart should have it with a small move up tomorrow.  It's already here on this 60 minute chart and it's showing up on the 60 minute chart of the SPX Cash Index too.  The daily chart has had it for months now and so has the weekly chart.  So I just don't see how the bulls can escape this down move coming.  August, September and October or notoriously bearish periods of the year and with the market up at nose bleed levels with negative divergences everywhere I just have to put the odds in the bears favor.  Meaning this next trip down should break the 2400 level as it should be a C wave and that's a very powerful wave.  I'm guessing we'll see the wave 1 down today of that C wave and wave 2 up tomorrow... leaving the wave 3 down of C for Monday.  That's what I see, so in my opinion a short should be taken at the close on Friday if this plays out like I expect it too.