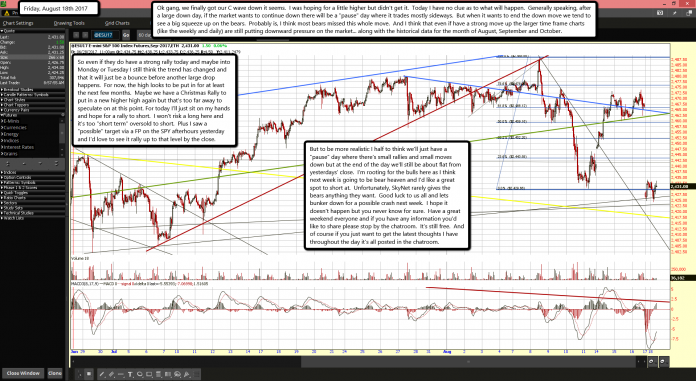 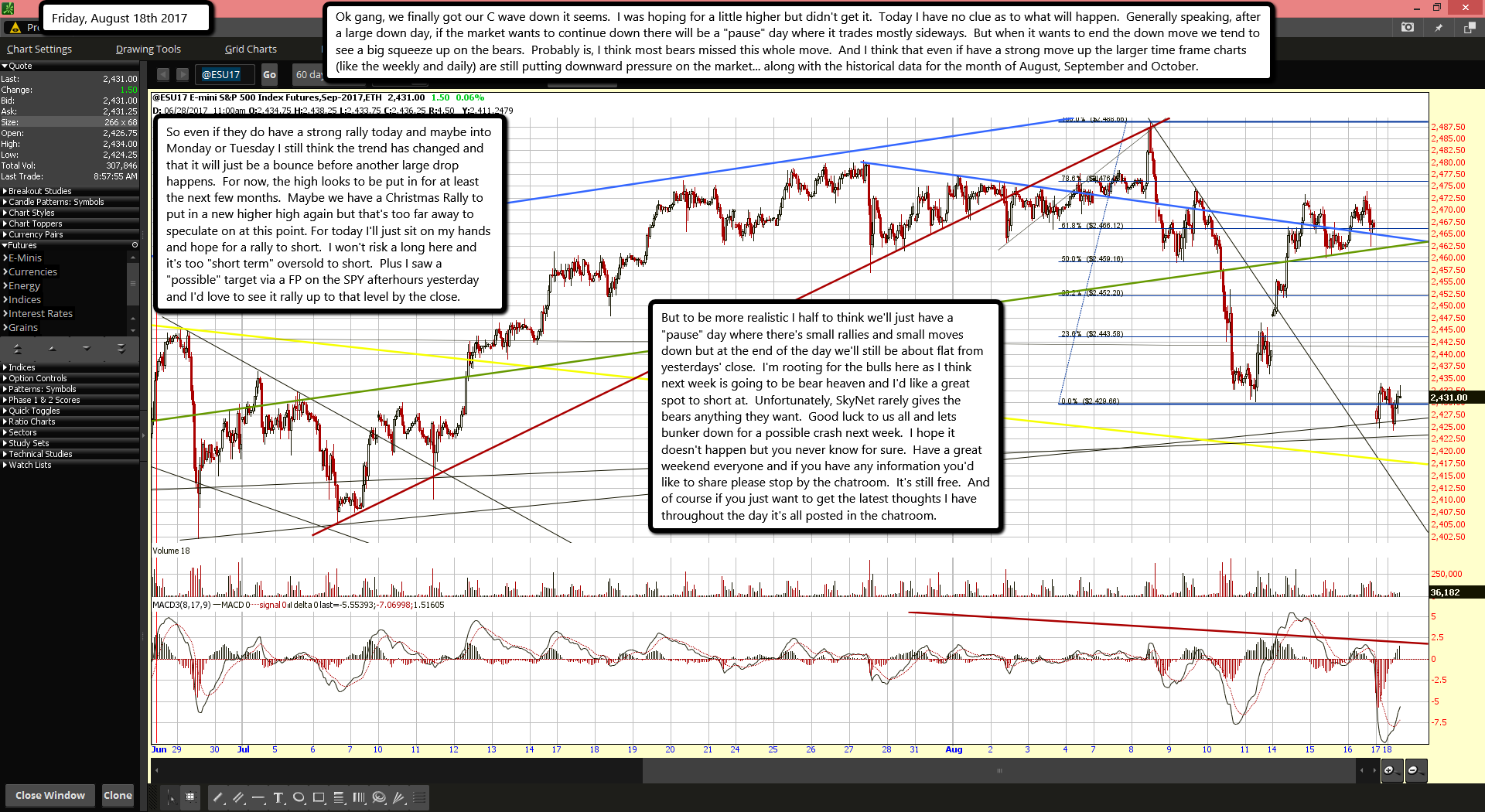 Ok gang, we finally got our C wave down it seems.  I was hoping for a little higher but didn't get it.  Today I have no clue as to what will happen.  Generally speaking, after a large down day, if the market wants to continue down there will be a "pause" day where it trades mostly sideways.  But when it wants to end the down move we tend to see a big squeeze up on the bears.  Probably is, I think most bears missed this whole move.  And I think that even if have a strong move up the larger time frame charts (like the weekly and daily) are still putting downward pressure on the market... along with the historical data for the month of August, September and October.

So even if they do have a strong rally today and maybe into Monday or Tuesday I still think the trend has changed and that it will just be a bounce before another large drop happens.  For now, the high looks to be put in for at least the next few months.  Maybe we have a Christmas Rally to put in a new higher high again but that's too far away to speculate on at this point. For today I'll just sit on my hands and hope for a rally to short.  I won't risk a long here and it's too "short term" oversold to short.  Plus I saw a "possible" target via a FP on the SPY afterhours yesterday and I'd love to see it rally up to that level by the close.

But to be more realistic I half to think we'll just have a "pause" day where there's small rallies and small moves down but at the end of the day we'll still be about flat from yesterdays' close.  I'm rooting for the bulls here as I think next week is going to be bear heaven and I'd like a great spot to short at.  Unfortunately, SkyNet rarely gives the bears anything they want.  Good luck to us all and lets bunker down for a possible crash next week.  I hope it doesn't happen but you never know for sure.  Have a great weekend everyone and if you have any information you'd like to share please stop by the chatroom.  It's still free.  And of course if you just want to get the latest thoughts I have throughout the day it's all posted in the chatroom.