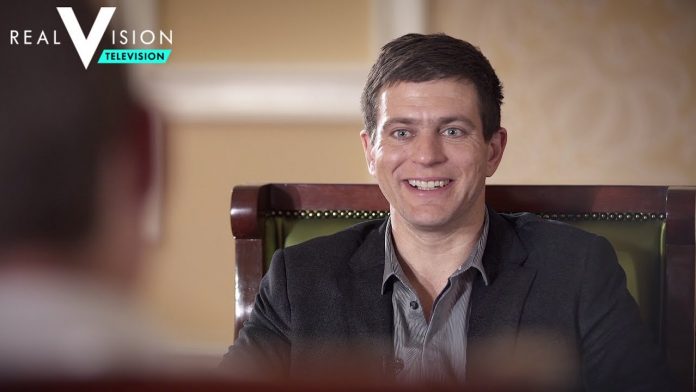 AUSTIN, Tex. — Last Wednesday was another good day to make money on Wall Street: Stocks pushed up, interest rates were at rock bottom and the VIX gauge of investor unease was again trending downward.

But as investors celebrated yet another bounce-back from a market slip, Christopher Cole, a trader who runs a hedge fund here that makes bets on various forms of financial apocalypse, spotted something amid the sprawl of data and code that decorated the wall of screens before him.

“Optically, volatility is still very low, but fear is increasing,” Mr. Cole said, pulling up a chart on one of his six trading windows. It showed that in the months beyond the 30-day period measured by the Chicago Board Options Exchange’s VIX index, investors were expecting some violent moves to come in the stock market.

Betting against a flare-up of such turmoil has been one of the longest-running and most profitable trades in recent financial history.

Mr. Cole, who opened Artemis Capital to outside investors in 2012, is taking the opposite side, arguing with the passionate intensity of the true believer that this market calm cannot last.

In doing so, he draws parallels to the stock market crash of 1987, when investors were similarly lulled into believing that volatility would not erupt.

So far, those betting against chaos have carried the day.

From day traders perched in front of their living room laptops to sophisticated institutional investors the world over, many have made piles of money betting that the VIX will keep moving lower.

The volatility index known as the VIX has been hovering at a fraction of what it was during the peak of the financial crisis.

After peaking at close to 90 at the time of the financial crisis, the VIX recently sank to a multidecade low of just below 9, the occasional sharp spike upward notwithstanding. (As of Wednesday afternoon, it was 10.5.)

Several factors have helped along the way, analysts say. They include aggressive money printing and bond purchasing by global central banks and the profusion of exchange traded investments, which make it cheap and easy for professionals and amateurs alike to bet on a falling VIX.

Now, just a month ahead of the 30th anniversary of Black Monday, when the Standard & Poor’s 500 stock index plunged 20 percent, Mr. Cole is wagering on a similar calamity, underpinned by a vicious spike in the VIX and a steep sell-off in stocks.

“The fact that everyone has been incentivized to be short volatility has set up this reflexive stability — a false peace,” he said. “But if we have some sort of shock to the system, all these self-reflexive elements reverse in the other direction and become destabilizing as opposed to stabilizing.”

Calling an end to the second-longest bull market in modern financial history has, understandably, become quite fashionable. Not just on the perma bear fringes, either. Wall Street houses talk regularly about overvalued stock markets, and establishment voices like Lloyd C. Blankfein, the chief executive of Goldman Sachs, have mused openly that “things have been going up for too long.”

A little-known British investment firm, Ruffer Capital, has caused a stir by predicting a shattering denouement, and many hedge funds are buying up cheap VIX options, which will pay off handsomely if the index shoots up.

Artemis Capital is of a slightly different stripe. It is, as Mr. Cole likes to say, a hedge fund with a capital H. That means, in times of bull market fever, the fund will bet on a reversal, offering downside protection for cautious investors by finding creative ways to purchase exposure to financial chaos. These trades entail purchasing a variety of derivative instruments that pay off if there is a dramatic upward spike in the VIX, which can cause stocks to fall precipitously.

Of late, money managers seeking such a hedge have grown markedly. Mr. Cole, who started with $1 million in 2012, is now sitting on $200 million, and demand has been so strong recently that he expects to hit $300 million soon, at which point he will restrict further access.

Mr. Cole, 38, has the bouncy enthusiasm of a young child, and he spends each waking day reading, coding and free associating about what it will be that marks the bull market’s end.

Like many dyed-in-the-wool market skeptics, he has his quirks. To remind himself to make full use of each day, he wears a watch that counts off the time he has left to live — 50 years and 4 months.

At the moment, Mr. Cole calculates that as much as $1.5 trillion in investor money is betting the markets will remain as they more or less have been since 2009: volatility free.

This sum, he says, includes about $60 billion in funds that are explicitly short volatility in its many forms. The bulk of this amount is in funds that deploy strategies where volatility is a critical input for allocating exposure to the stock market. So the lower volatility is, the more these funds load up on stocks.

Piling on to the low volatility trade have been corporations, which this year may buy back close to $1 trillion worth of stock, analysts estimate.

All of a sudden VIX sellers will become VIX buyers, which will send the index soaring and stocks plummeting.

As he sees it, the formulaic strategies that sold stock market futures into a falling market in 1987 and the short volatility money of today are akin to barrels of petroleum that can turn a mere fire into a seismic conflagration.

“In 1987, we were in a bull market, and the Fed was behind the curve with regard to inflation and interest rates,” Mr. Cole said. “What could cause a crisis now is if rates suddenly spike higher, share buybacks seize up and then the volatility sellers turn into volatility buyers all at once.”

It is, in many ways, a moral argument for him.

Volatility sellers reap cheap and fleeting gains, which he compares to speeding, obesity and marrying for money. Those willing to suffer the immediate pain of being long volatility — before the reward of calamity comes — Mr. Cole sees as being more virtuous.

To say that Mr. Cole is obsessed with volatility — as both a financial and a philosophical construct — would be an understatement. In his investor letters and papers, he cites the poems of Goethe, the movies of William Friedkin and George Lucas, and Joseph Campbell’s works on mythology as teaching tools for interpreting the whims of sudden change.

Ultimately, though, he believes that those who have held volatility in abeyance for so long — from risk parity funds to global central banks — will face a reckoning.

“Volatility is an instrument of truth, and the more you deny the truth, the more the truth will find you through volatility,” Mr. Cole said. “If central banks want to keep saving the day, that is fine. But volatility will then be transmuted through other forms like populism and identity politics and threaten the fabric of democracy. And that is something that my hedge fund will never be able to protect against.”