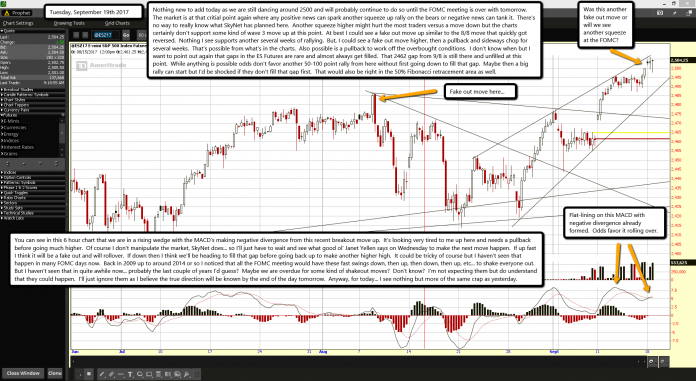 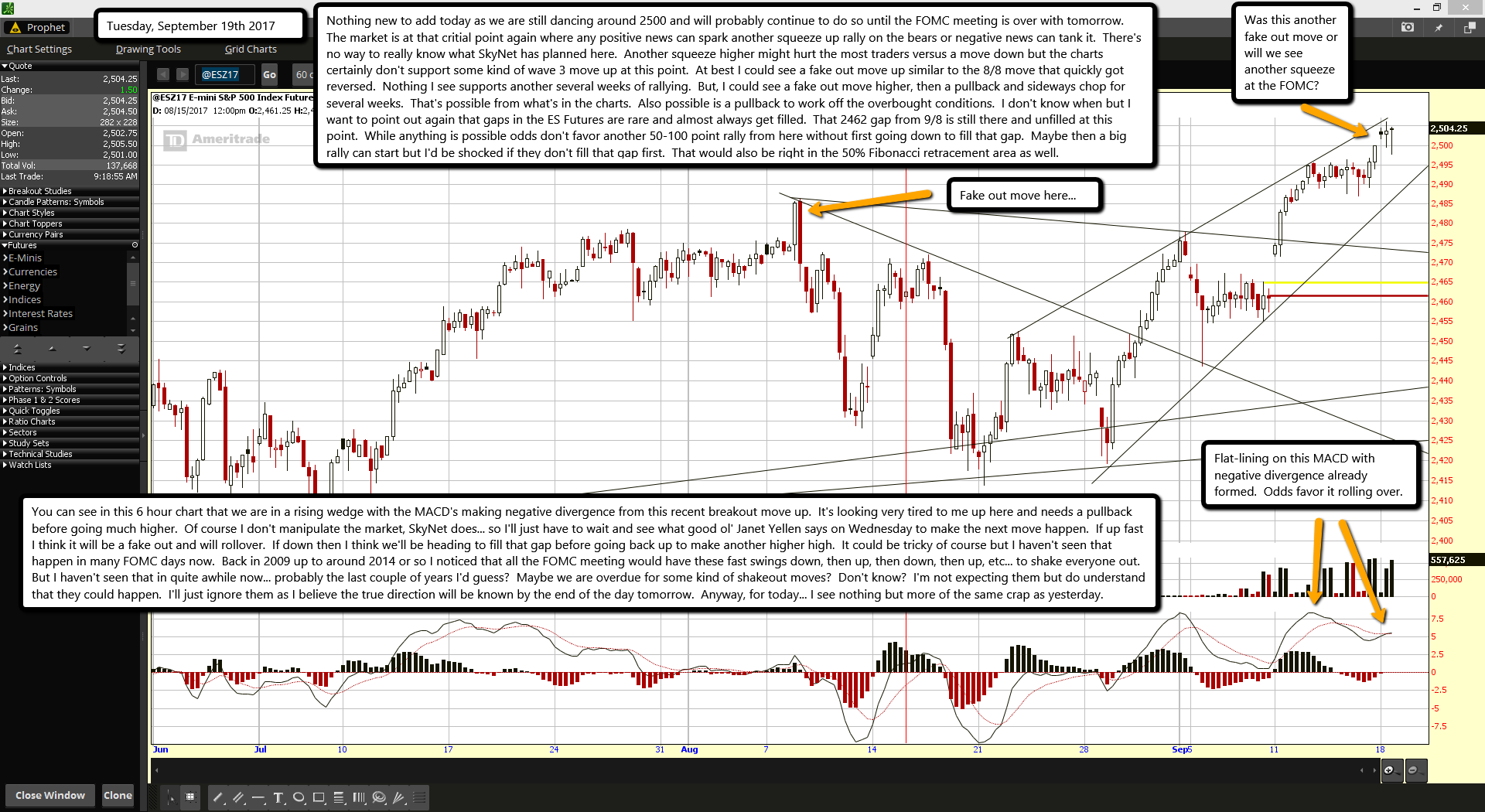 Nothing new to add today as we are still dancing around 2500 and will probably continue to do so until the FOMC meeting is over with tomorrow.  The market is at that critial point again where any positive news can spark another squeeze up rally on the bears or negative news can tank it.  There's no way to really know what SkyNet has planned here.  Another squeeze higher might hurt the most traders versus a move down but the charts certainly don't support some kind of wave 3 move up at this point.  At best I could see a fake out move up similar to the 8/8 move that quickly got reversed.  Nothing I see supports another several weeks of rallying.  But, I could see a fake out move higher, then a pullback and sideways chop for several weeks.  That's possible from what's in the charts.  Also possible is a pullback to work off the overbought conditions.  I don't know when but I want to point out again that gaps in the ES Futures are rare and almost always get filled.  That 2462 gap from 9/8 is still there and unfilled at this point.  While anything is possible odds don't favor another 50-100 point rally from here without first going down to fill that gap.  Maybe then a big rally can start but I'd be shocked if they don't fill that gap first.  That would also be right in the 50% Fibonacci retracement area as well.

You can see in this 6 hour chart that we are in a rising wedge with the MACD's making negative divergence from this recent breakout move up.  It's looking very tired to me up here and needs a pullback before going much higher.  Of course I don't manipulate the market, SkyNet does... so I'll just have to wait and see what good ol' Janet Yellen says on Wednesday to make the next move happen.  If up fast I think it will be a fake out and will rollover.  If down then I think we'll be heading to fill that gap before going back up to make another higher high.  It could be tricky of course but I haven't seen that happen in many FOMC days now.  Back in 2009 up to around 2014 or so I noticed that all the FOMC meeting would have these fast swings down, then up, then down, then up, etc... to shake everyone out.  But I haven't seen that in quite awhile now... probably the last couple of years I'd guess?  Maybe we are overdue for some kind of shakeout moves?  Don't know?  I'm not expecting them but do understand that they could happen.  I'll just ignore them as I believe the true direction will be known by the end of the day tomorrow.  Anyway, for today... I see nothing but more of the same crap as yesterday.