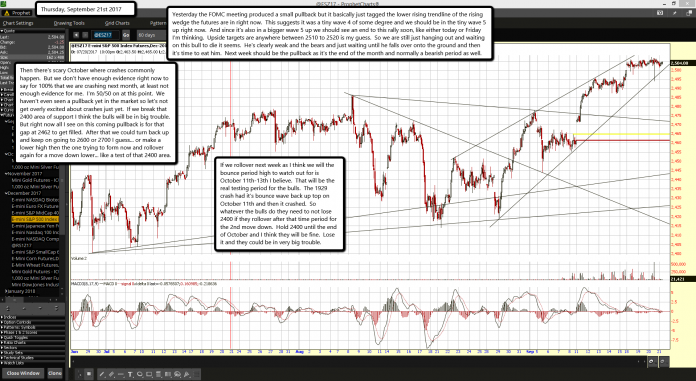 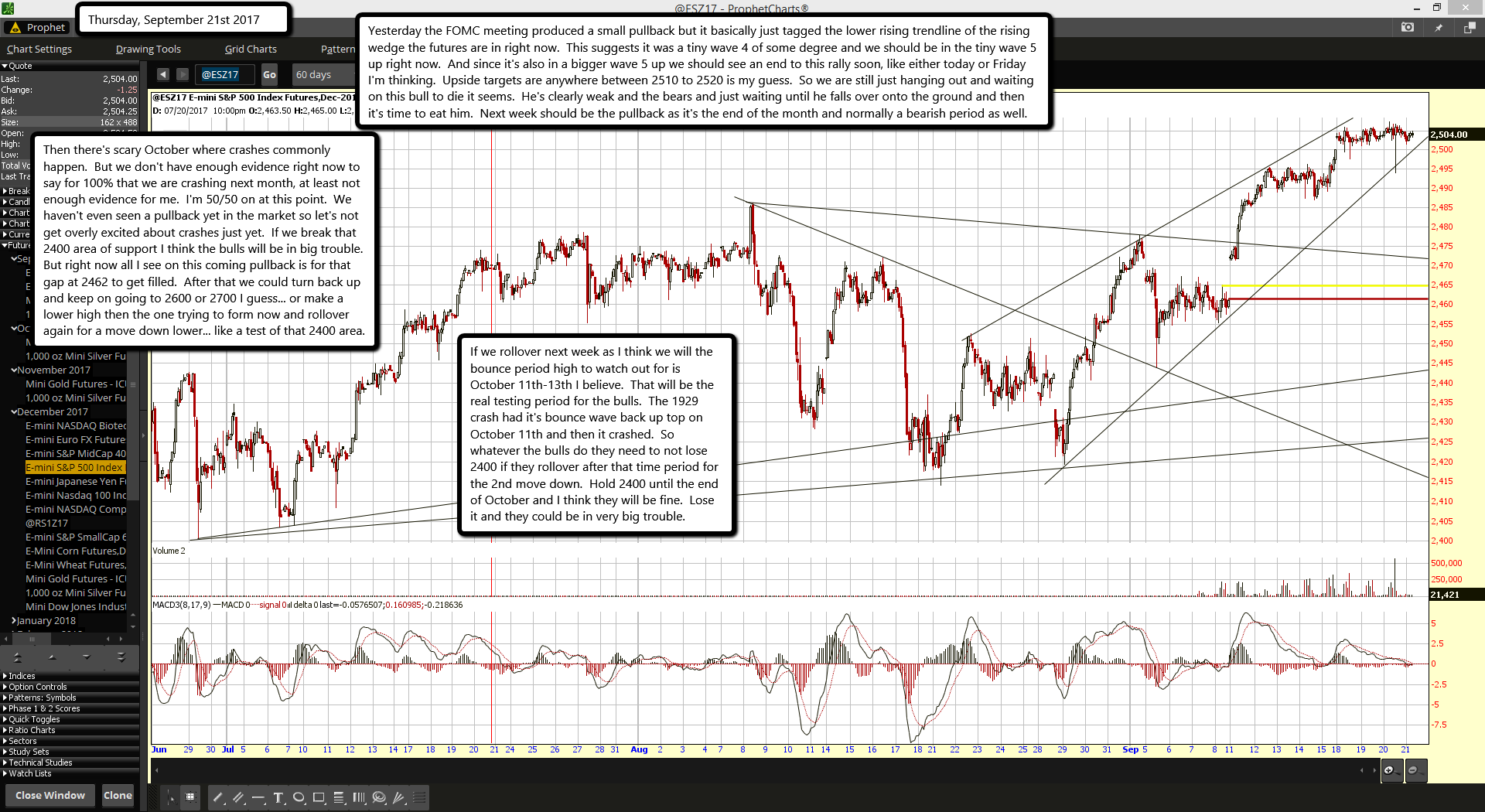 Yesterday the FOMC meeting produced a small pullback but it basically just tagged the lower rising trendline of the rising wedge the futures are in right now.  This suggests it was a tiny wave 4 of some degree and we should be in the tiny wave 5 up right now.  And since it's also in a bigger wave 5 up we should see an end to this rally soon, like either today or Friday I'm thinking.  Upside targets are anywhere between 2510 to 2520 is my guess.  So we are still just hanging out and waiting on this bull to die it seems.  He's clearly weak and the bears and just waiting until he falls over onto the ground and then it's time to eat him.  Next week should be the pullback as it's the end of the month and normally a bearish period as well.

Then there's scary October where crashes commonly happen.  But we don't have enough evidence right now to say for 100% that we are crashing next month, at least not enough evidence for me.  I'm 50/50 on at this point.  We haven't even seen a pullback yet in the market so let's not get overly excited about crashes just yet.  If we break that 2400 area of support I think the bulls will be in big trouble.  But right now all I see on this coming pullback is for that gap at 2462 to get filled.  After that we could turn back up and keep on going to 2600 or 2700 I guess... or make a lower high then the one trying to form now and rollover again for a move down lower... like a test of that 2400 area.

If we rollover next week as I think we will the bounce period high to watch out for is October 11th-13th I believe.  That will be the real testing period for the bulls.  The 1929 crash had it's bounce wave back up top on October 11th and then it crashed.  So whatever the bulls do they need to not lose 2400 if they rollover after that time period for the 2nd move down.  Hold 2400 until the end of October and I think they will be fine.  Lose it and they could be in very big trouble.