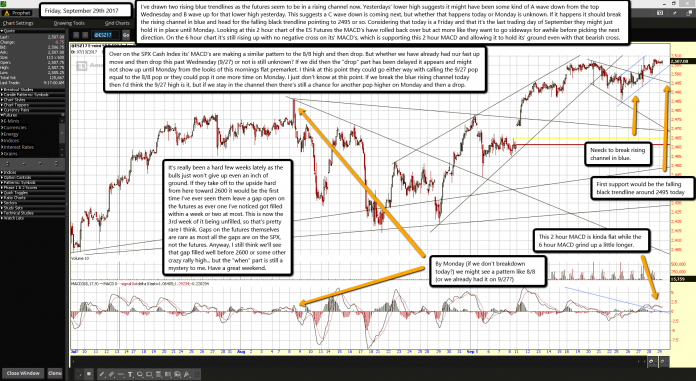 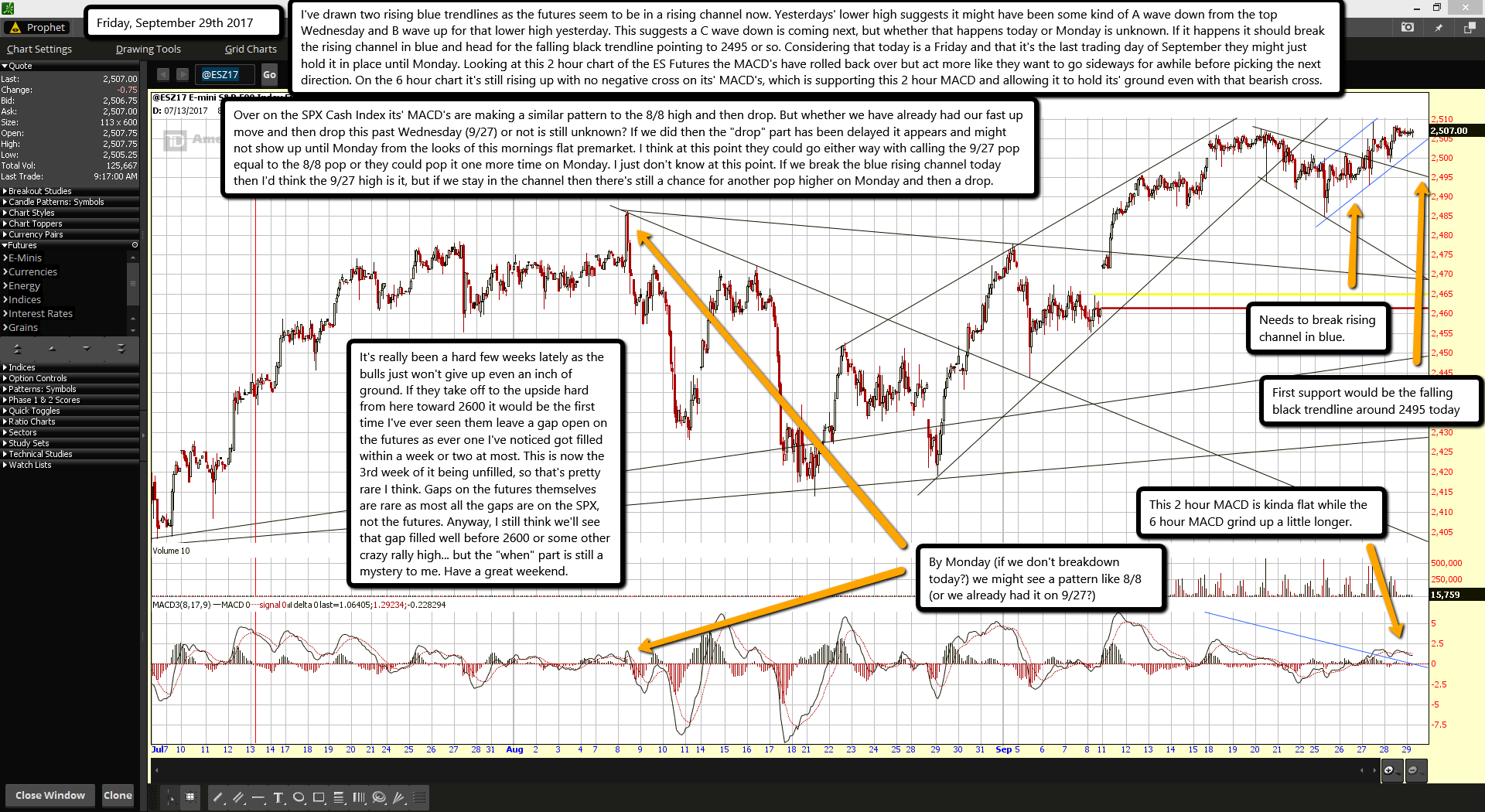 I've drawn two rising blue trendlines as the futures seem to be in a rising channel now. Yesterdays' lower high suggests it might have been some kind of A wave down from the top Wednesday and B wave up for that lower high yesterday. This suggests a C wave down is coming next, but whether that happens today or Monday is unknown. If it happens it should break the rising channel in blue and head for the falling black trendline pointing to 2495 or so. Considering that today is a Friday and that it's the last trading day of September they might just hold it in place until Monday. Looking at this 2 hour chart of the ES Futures the MACD's have rolled back over but act more like they want to go sideways for awhile before picking the next direction. On the 6 hour chart it's still rising up with no negative cross on its' MACD's, which is supporting this 2 hour MACD and allowing it to hold its' ground even with that bearish cross.

Over on the SPX Cash Index its' MACD's are making a similar pattern to the 8/8 high and then drop. But whether we have already had our fast up move and then drop this past Wednesday (9/27) or not is still unknown? If we did then the "drop" part has been delayed it appears and might not show up until Monday from the looks of this mornings flat premarket. I think at this point they could go either way with calling the 9/27 pop equal to the 8/8 pop or they could pop it one more time on Monday. I just don't know at this point. If we break the blue rising channel today then I'd think the 9/27 high is it, but if we stay in the channel then there's still a chance for another pop higher on Monday and then a drop.

It's really been a hard few weeks lately as the bulls just won't give up even an inch of ground. If they take off to the upside hard from here toward 2600 it would be the first time I've ever seen them leave a gap open on the futures as ever one I've noticed got filled within a week or two at most. This is now the 3rd week of it being unfilled, so that's pretty rare I think. Gaps on the futures themselves are rare as most all the gaps are on the SPX, not the futures. Anyway, I still think we'll see that gap filled well before 2600 or some other crazy rally high... but the "when" part is still a mystery to me. Have a great weekend.