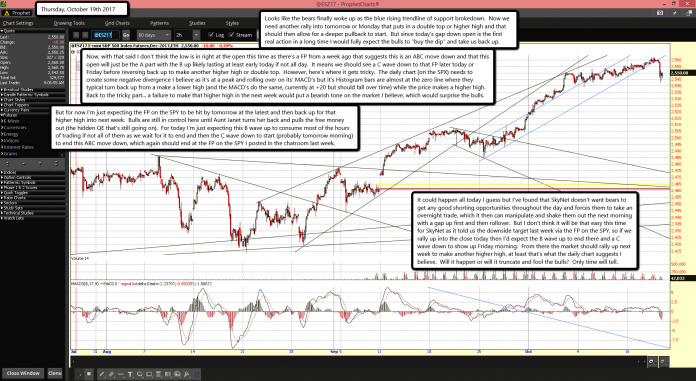 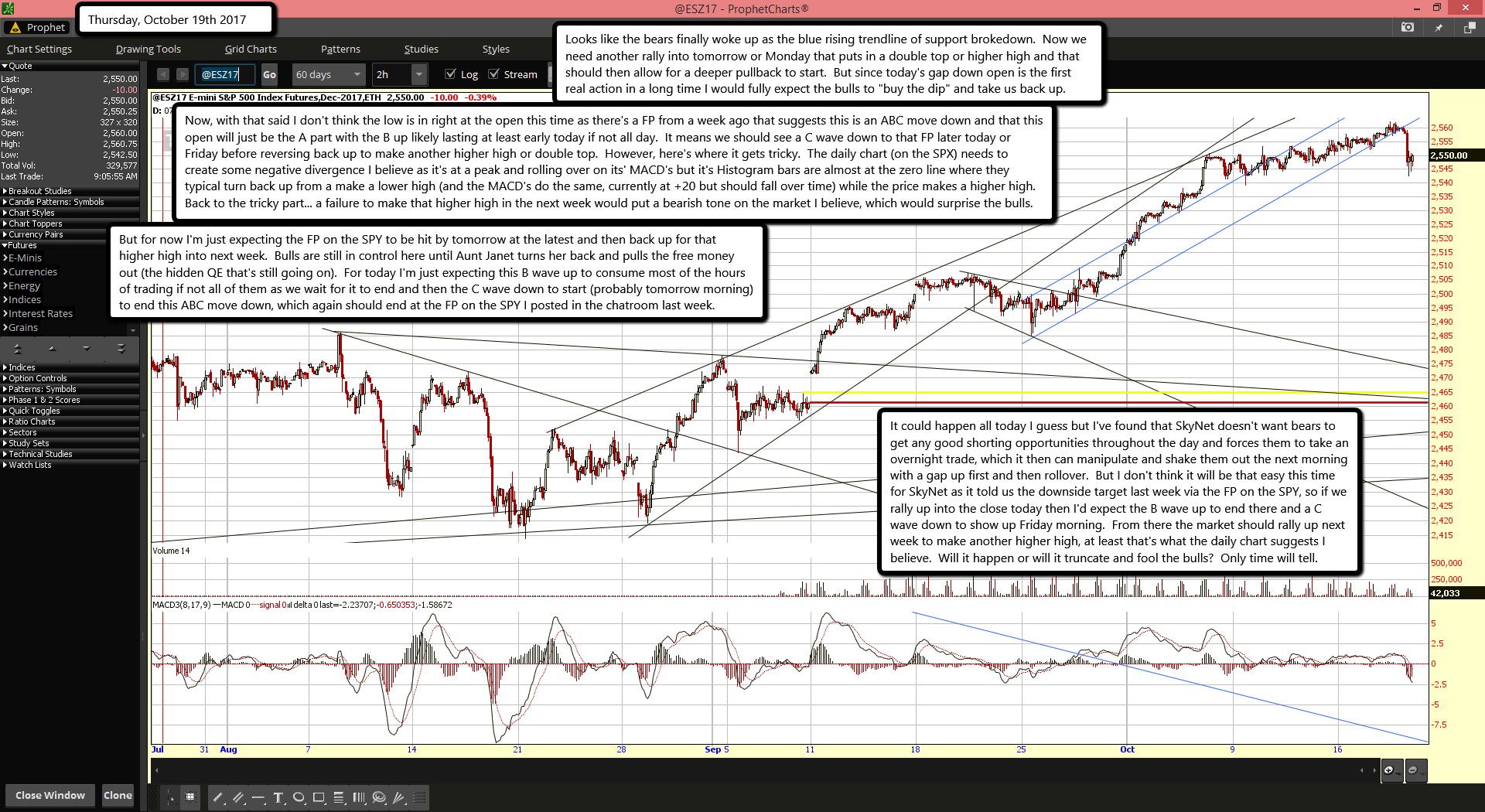 Looks like the bears finally woke up as the blue rising trendline of support brokedown.  Now we need another rally into tomorrow or Monday that puts in a double top or higher high and that should then allow for a deeper pullback to start.  But since today's gap down open is the first real action in a long time I would fully expect the bulls to "buy the dip" and take us back up.

Now, with that said I don't think the low is in right at the open this time as there's a FP from a week ago that suggests this is an ABC move down and that this open will just be the A part with the B up likely lasting at least early today if not all day.  It means we should see a C wave down to that FP later today or Friday before reversing back up to make another higher high or double top.  However, here's where it gets tricky.  The daily chart (on the SPX) needs to create some negative divergence I believe as it's at a peak and rolling over on its' MACD's but it's Histogram bars are almost at the zero line where they typical turn back up from a make a lower high (and the MACD's do the same, currently at +20 but should fall over time) while the price makes a higher high.  Back to the tricky part... a failure to make that higher high in the next week would put a bearish tone on the market I believe, which would surprise the bulls.

But for now I'm just expecting the FP on the SPY to be hit by tomorrow at the latest and then back up for that higher high into next week.  Bulls are still in control here until Aunt Janet turns her back and pulls the free money out (the hidden QE that's still going on).  For today I'm just expecting this B wave up to consume most of the hours of trading if not all of them as we wait for it to end and then the C wave down to start (probably tomorrow morning) to end this ABC move down, which again should end at the FP on the SPY I posted in the chatroom last week.

It could happen all today I guess but I've found that SkyNet doesn't want bears to get any good shorting opportunities throughout the day and forces them to take an overnight trade, which it then can manipulate and shake them out the next morning with a gap up first and then rollover.  But I don't think it will be that easy this time for SkyNet as it told us the downside target last week via the FP on the SPY, so if we rally up into the close today then I'd expect the B wave up to end there and a C wave down to show up Friday morning.  From there the market should rally up next week to make another higher high, at least that's what the daily chart suggests I believe.  Will it happen or will it truncate and fool the bulls?  Only time will tell.