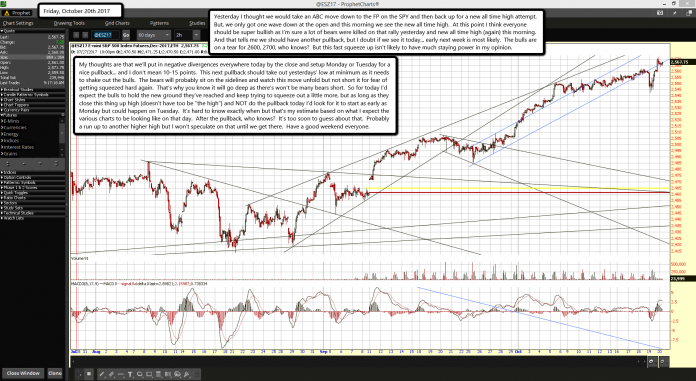 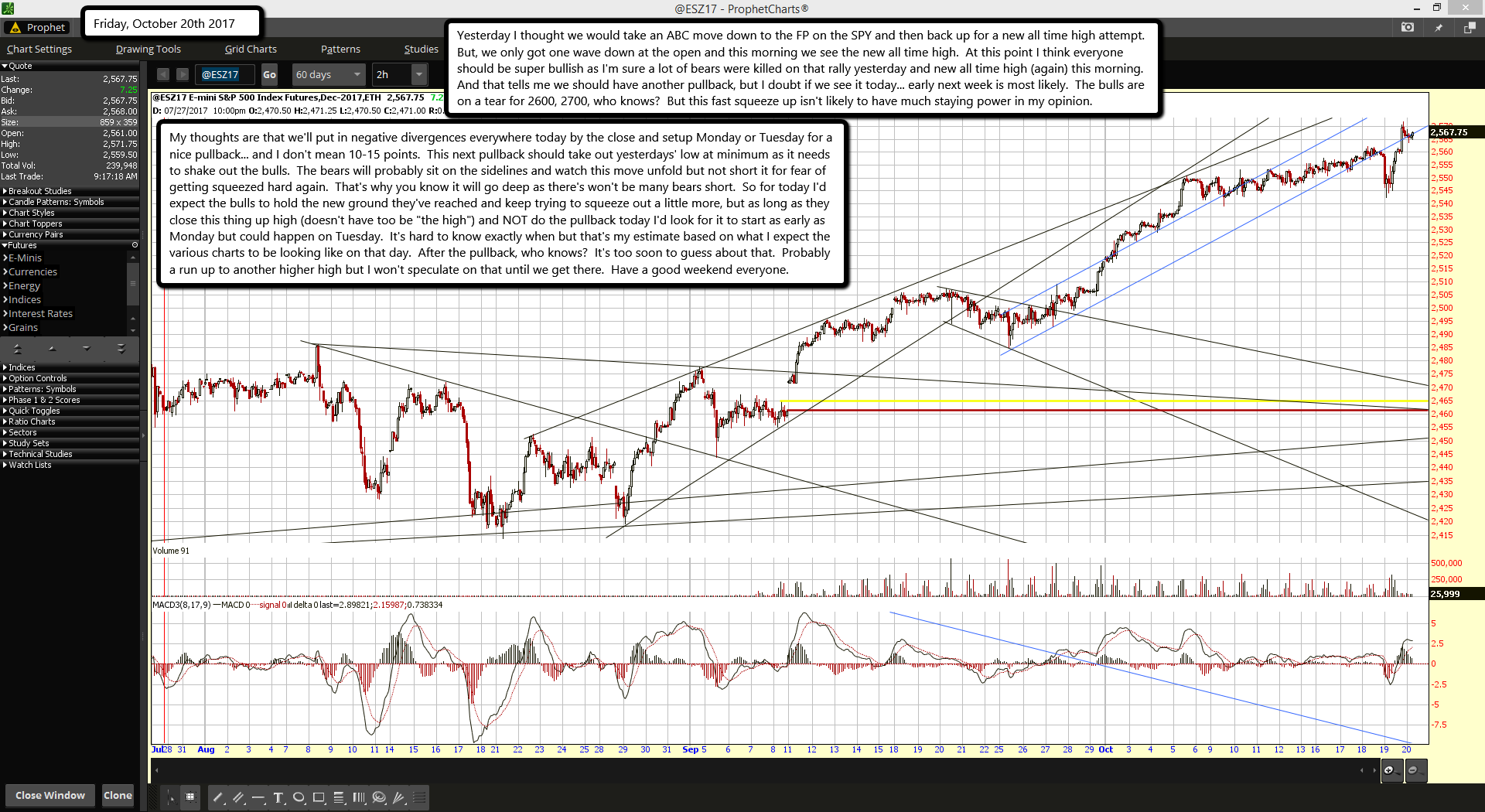 Yesterday I thought we would take an ABC move down to the FP on the SPY and then back up for a new all time high attempt.  But, we only got one wave down at the open and this morning we see the new all time high.  At this point I think everyone should be super bullish as I'm sure a lot of bears were killed on that rally yesterday and new all time high (again) this morning.  And that tells me we should have another pullback, but I doubt if we see it today... early next week is most likely.  The bulls are on a tear for 2600, 2700, who knows?  But this fast squeeze up isn't likely to have much staying power in my opinion.

My thoughts are that we'll put in negative divergences everywhere today by the close and setup Monday or Tuesday for a nice pullback... and I don't mean 10-15 points.  This next pullback should take out yesterdays' low at minimum as it needs to shake out the bulls.  The bears will probably sit on the sidelines and watch this move unfold but not short it for fear of getting squeezed hard again.  That's why you know it will go deep as there's won't be many bears short.  So for today I'd expect the bulls to hold the new ground they've reached and keep trying to squeeze out a little more, but as long as they close this thing up high (doesn't have too be "the high") and NOT do the pullback today I'd look for it to start as early as Monday but could happen on Tuesday.  It's hard to know exactly when but that's my estimate based on what I expect the various charts to be looking like on that day.  After the pullback, who knows?  It's too soon to guess about that.  Probably a run up to another higher high but I won't speculate on that until we get there.  Have a good weekend everyone.