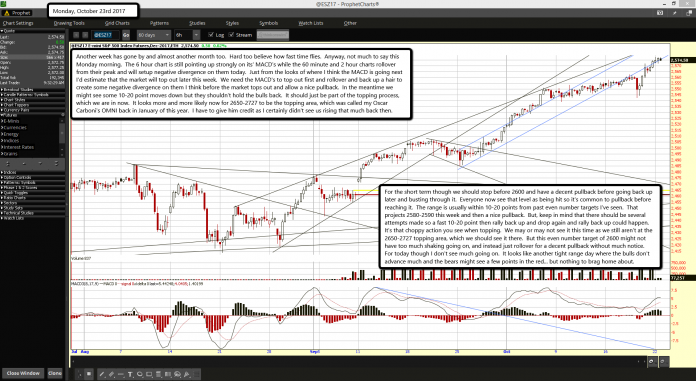 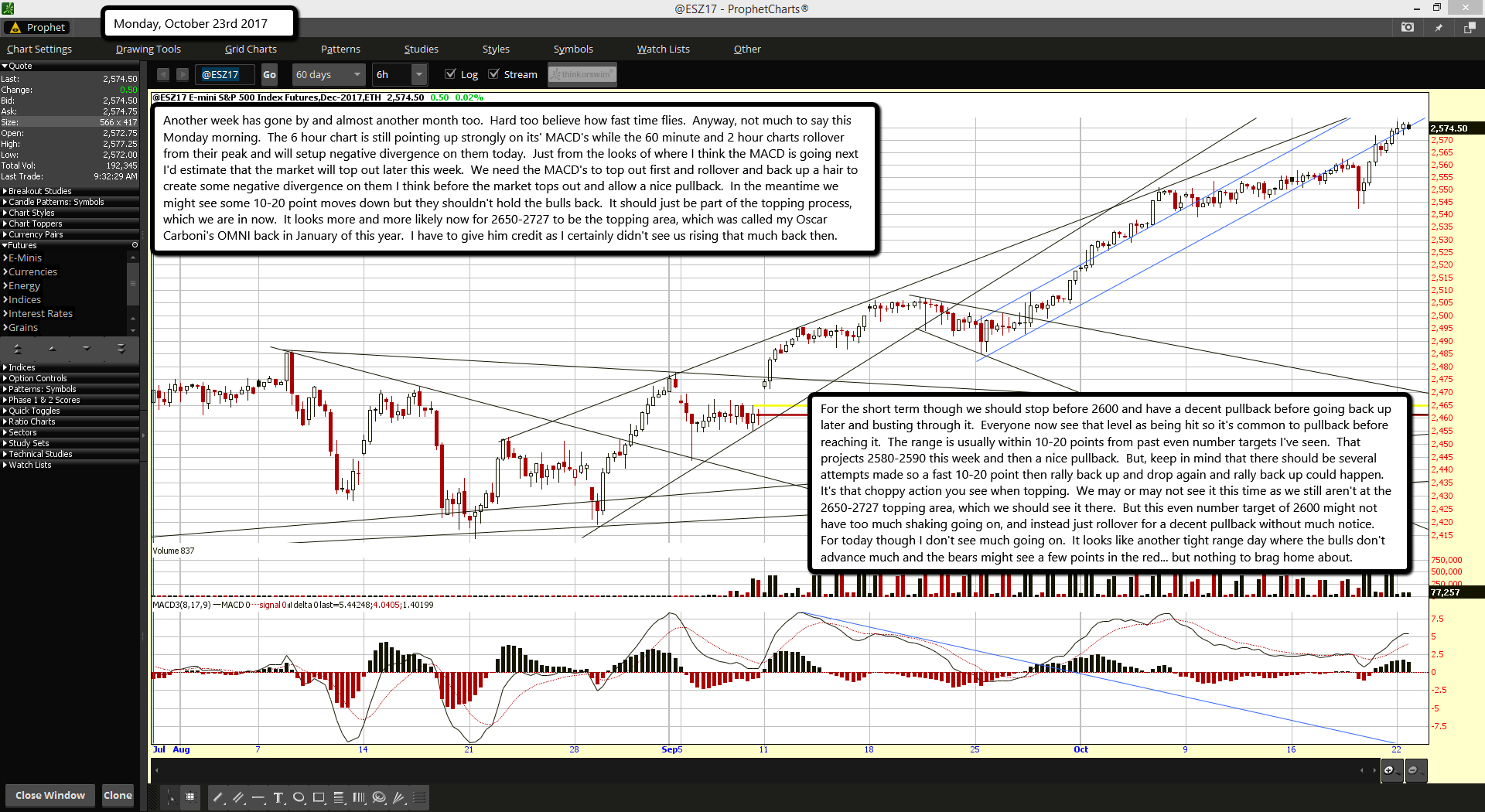 Another week has gone by and almost another month too.  Hard too believe how fast time flies.  Anyway, not much to say this Monday morning.  The 6 hour chart is still pointing up strongly on its' MACD's while the 60 minute and 2 hour charts rollover from their peak and will setup negative divergence on them today.  Just from the looks of where I think the MACD is going next I'd estimate that the market will top out later this week.  We need the MACD's to top out first and rollover and back up a hair to create some negative divergence on them I think before the market tops out and allow a nice pullback.  In the meantime we might see some 10-20 point moves down but they shouldn't hold the bulls back.  It should just be part of the topping process, which we are in now.  It looks more and more likely now for 2650-2727 to be the topping area, which was called my Oscar Carboni's OMNI back in January of this year.  I have to give him credit as I certainly didn't see us rising that much back then.

For the short term though we should stop before 2600 and have a decent pullback before going back up later and busting through it.  Everyone now see that level as being hit so it's common to pullback before reaching it.  The range is usually within 10-20 points from past even number targets I've seen.  That projects 2580-2590 this week and then a nice pullback.  But, keep in mind that there should be several attempts made so a fast 10-20 point then rally back up and drop again and rally back up could happen.  It's that choppy action you see when topping.  We may or may not see it this time as we still aren't at the 2650-2727 topping area, which we should see it there.  But this even number target of 2600 might not have too much shaking going on, and instead just rollover for a decent pullback without much notice.  For today though I don't see much going on.  It looks like another tight range day where the bulls don't advance much and the bears might see a few points in the red... but nothing to brag home about.