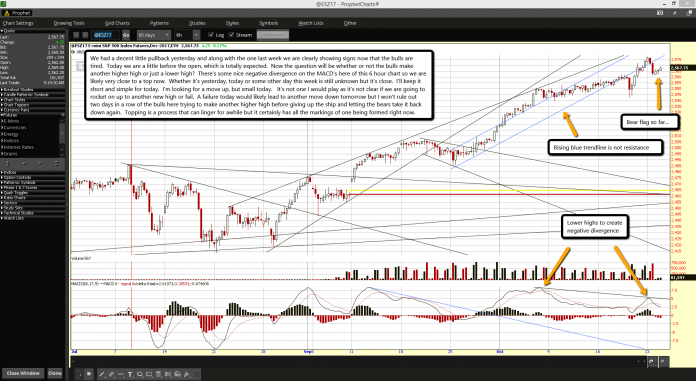 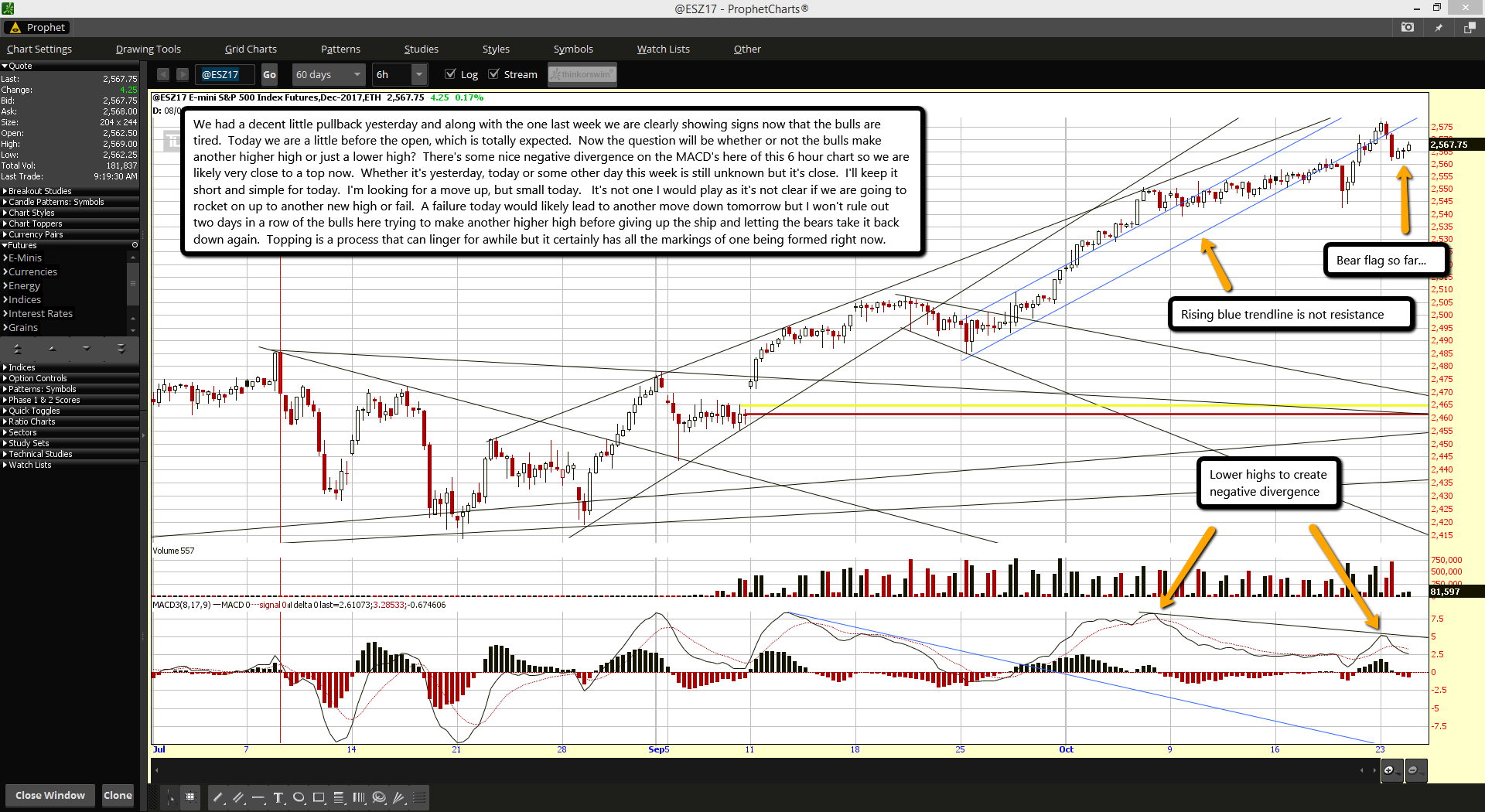 We had a decent little pullback yesterday and along with the one last week we are clearly showing signs now that the bulls are tired. Today we are a little before the open, which is totally expected. Now the question will be whether or not the bulls make another higher high or just a lower high? There's some nice negative divergence on the MACD's here of this 6 hour chart so we are likely very close to a top now. Whether it's yesterday, today or some other day this week is still unknown but it's close. I'll keep it short and simple for today. I'm looking for a move up, but small today. It's not one I would play as it's not clear if we are going to rocket on up to another new high or fail. A failure today would likely lead to another move down tomorrow but I won't rule out two days in a row of the bulls here trying to make another higher high before giving up the ship and letting the bears take it back down again. Topping is a process that can linger for awhile but it certainly has all the markings of one being formed right now.