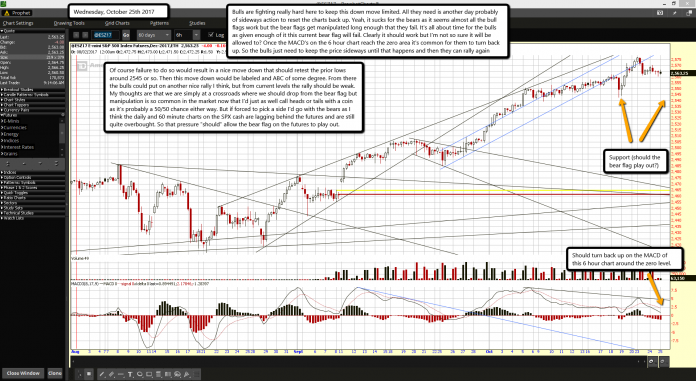 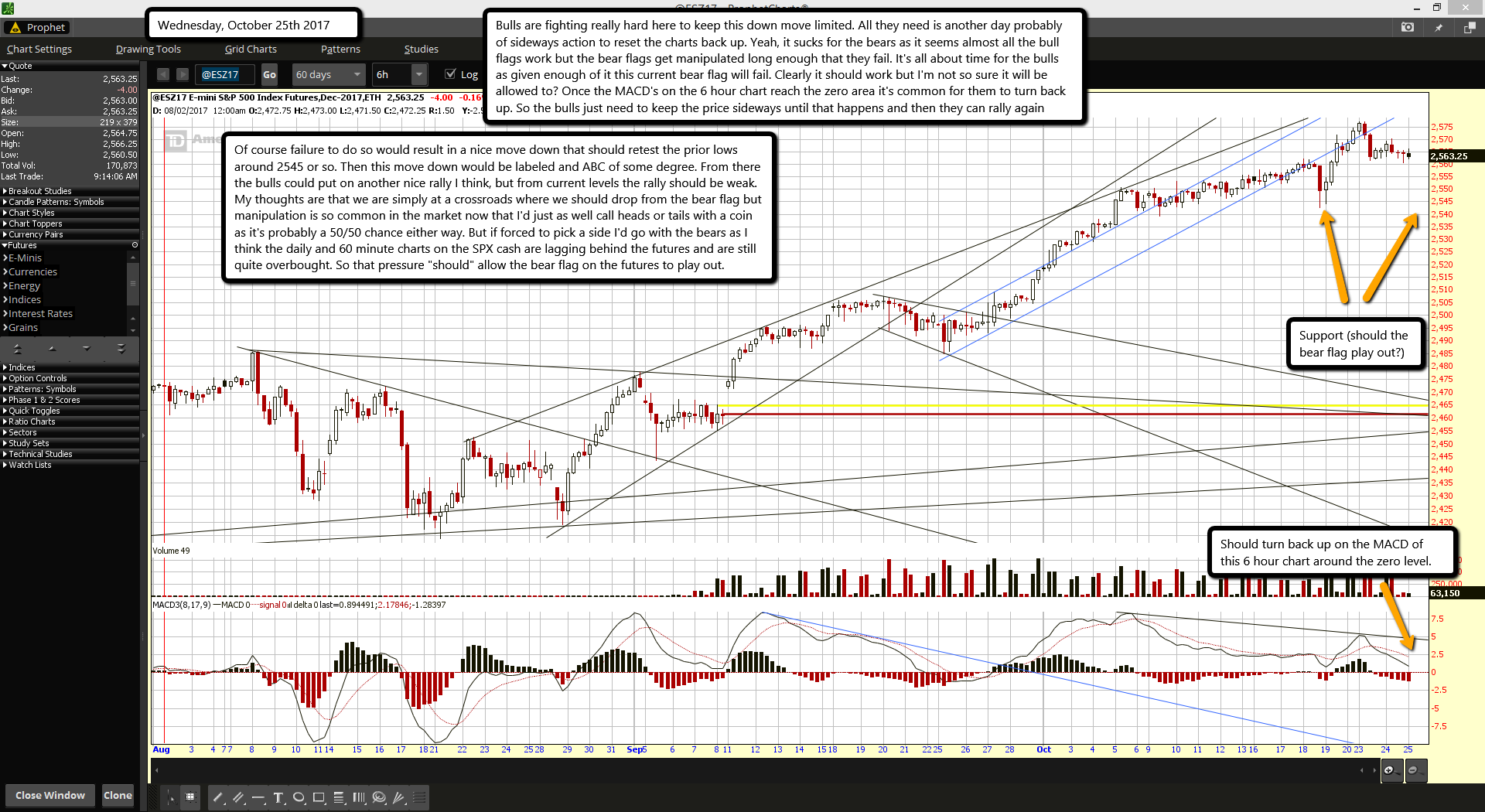 Bulls are fighting really hard here to keep this down move limited. All they need is another day probably of sideways action to reset the charts back up. Yeah, it sucks for the bears as it seems almost all the bull flags work but the bear flags get manipulated long enough that they fail. It's all about time for the bulls as given enough of it this current bear flag will fail. Clearly it should work but I'm not so sure it will be allowed to? Once the MACD's on the 6 hour chart reach the zero area it's common for them to turn back up. So the bulls just need to keep the price sideways until that happens and then they can rally again

Of course failure to do so would result in a nice move down that should retest the prior lows around 2545 or so. Then this move down would be labeled and ABC of some degree. From there the bulls could put on another nice rally I think, but from current levels the rally should be weak. My thoughts are that we are simply at a crossroads where we should drop from the bear flag but manipulation is so common in the market now that I'd just as well call heads or tails with a coin as it's probably a 50/50 chance either way. But if forced to pick a side I'd go with the bears as I think the daily and 60 minute charts on the SPX cash are lagging behind the futures and are still quite overbought. So that pressure "should" allow the bear flag on the futures to play out.