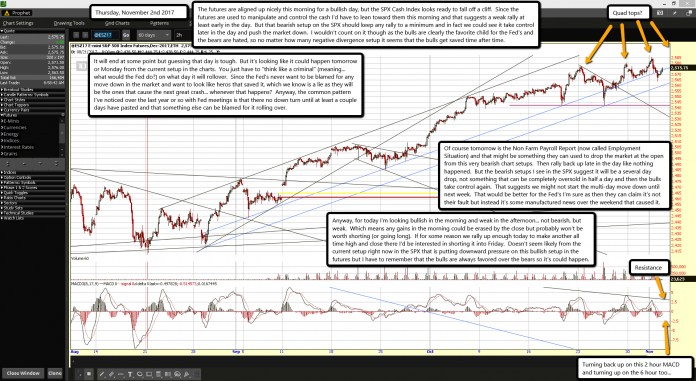 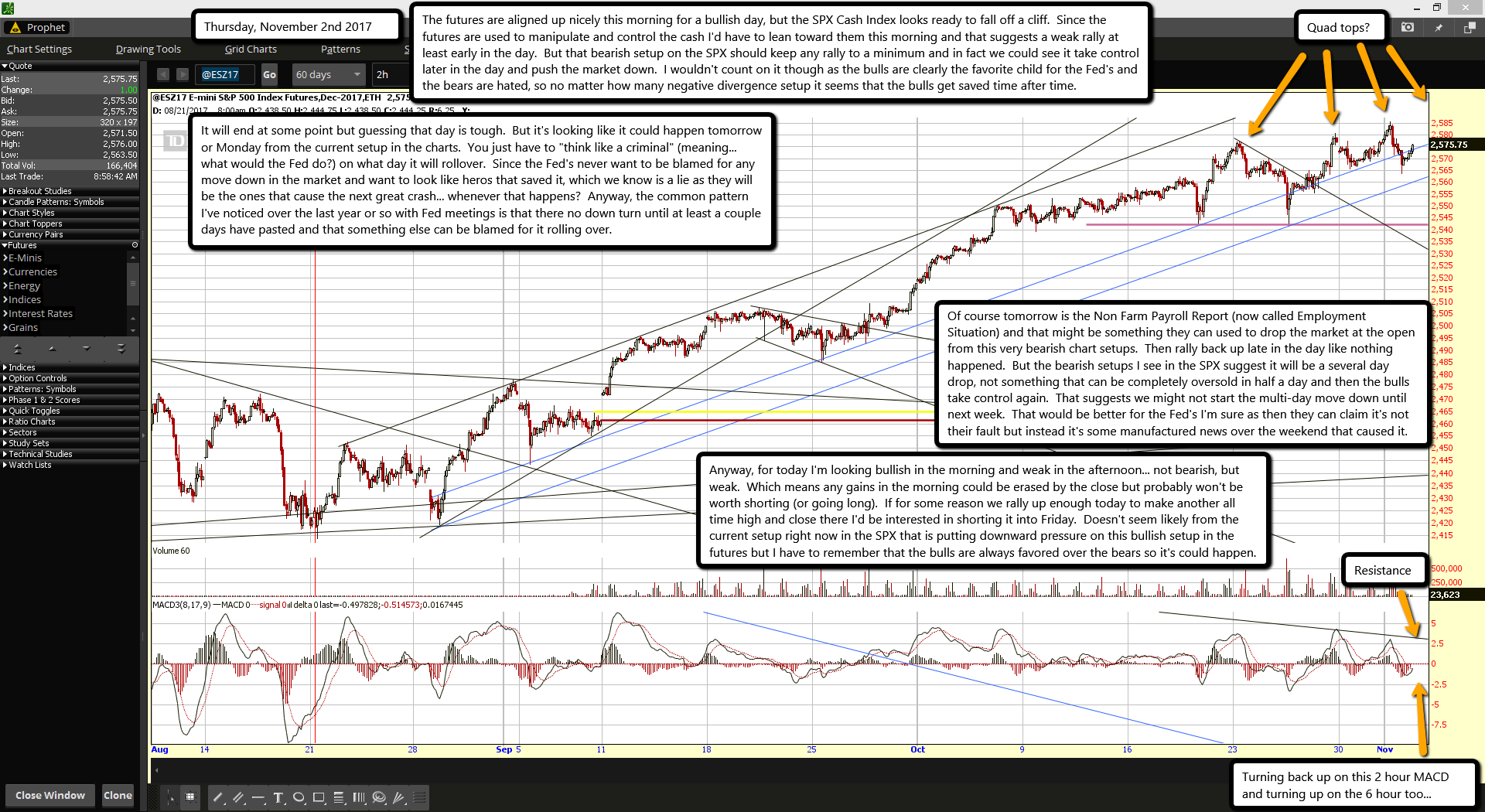 The futures are aligned up nicely this morning for a bullish day, but the SPX Cash Index looks ready to fall off a cliff.  Since the futures are used to manipulate and control the cash I'd have to lean toward them this morning and that suggests a weak rally at least early in the day.  But that bearish setup on the SPX should keep any rally to a minimum and in fact we could see it take control later in the day and push the market down.  I wouldn't count on it though as the bulls are clearly the favorite child for the Fed's and the bears are hated, so no matter how many negative divergence setup it seems that the bulls get saved time after time.

It will end at some point but guessing that day is tough.  But it's looking like it could happen tomorrow or Monday from the current setup in the charts.  You just have to "think like a criminal" (meaning... what would the Fed do?) on what day it will rollover.  Since the Fed's never want to be blamed for any move down in the market and want to look like heros that saved it, which we know is a lie as they will be the ones that cause the next great crash... whenever that happens?  Anyway, the common pattern I've noticed over the last year or so with Fed meetings is that there no down turn until at least a couple days have pasted and that something else can be blamed for it rolling over.

Of course tomorrow is the Non Farm Payroll Report (now called Employment Situation) and that might be something they can used to drop the market at the open from this very bearish chart setups.  Then rally back up late in the day like nothing happened.  But the bearish setups I see in the SPX suggest it will be a several day drop, not something that can be completely oversold in half a day and then the bulls take control again.  That suggests we might not start the multi-day move down until next week.  That would be better for the Fed's I'm sure as then they can claim it's not their fault but instead it's some manufactured news over the weekend that caused it.

Anyway, for today I'm looking bullish in the morning and weak in the afternoon... not bearish, but weak.  Which means any gains in the morning could be erased by the close but probably won't be worth shorting (or going long).  If for some reason we rally up enough today to make another all time high and close there I'd be interested in shorting it into Friday.  Doesn't seem likely from the current setup right now in the SPX that is putting downward pressure on this bullish setup in the futures but I have to remember that the bulls are always favored over the bears so it's could happen.