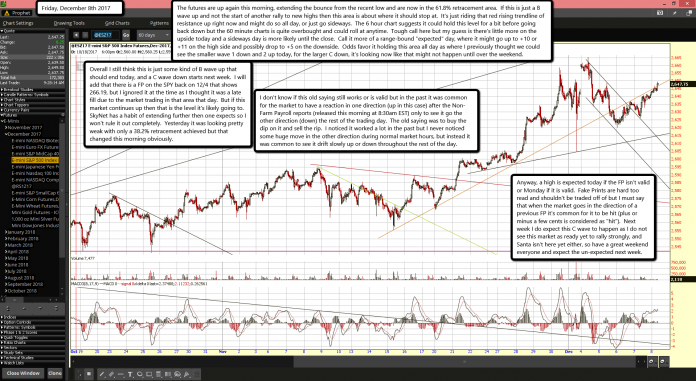 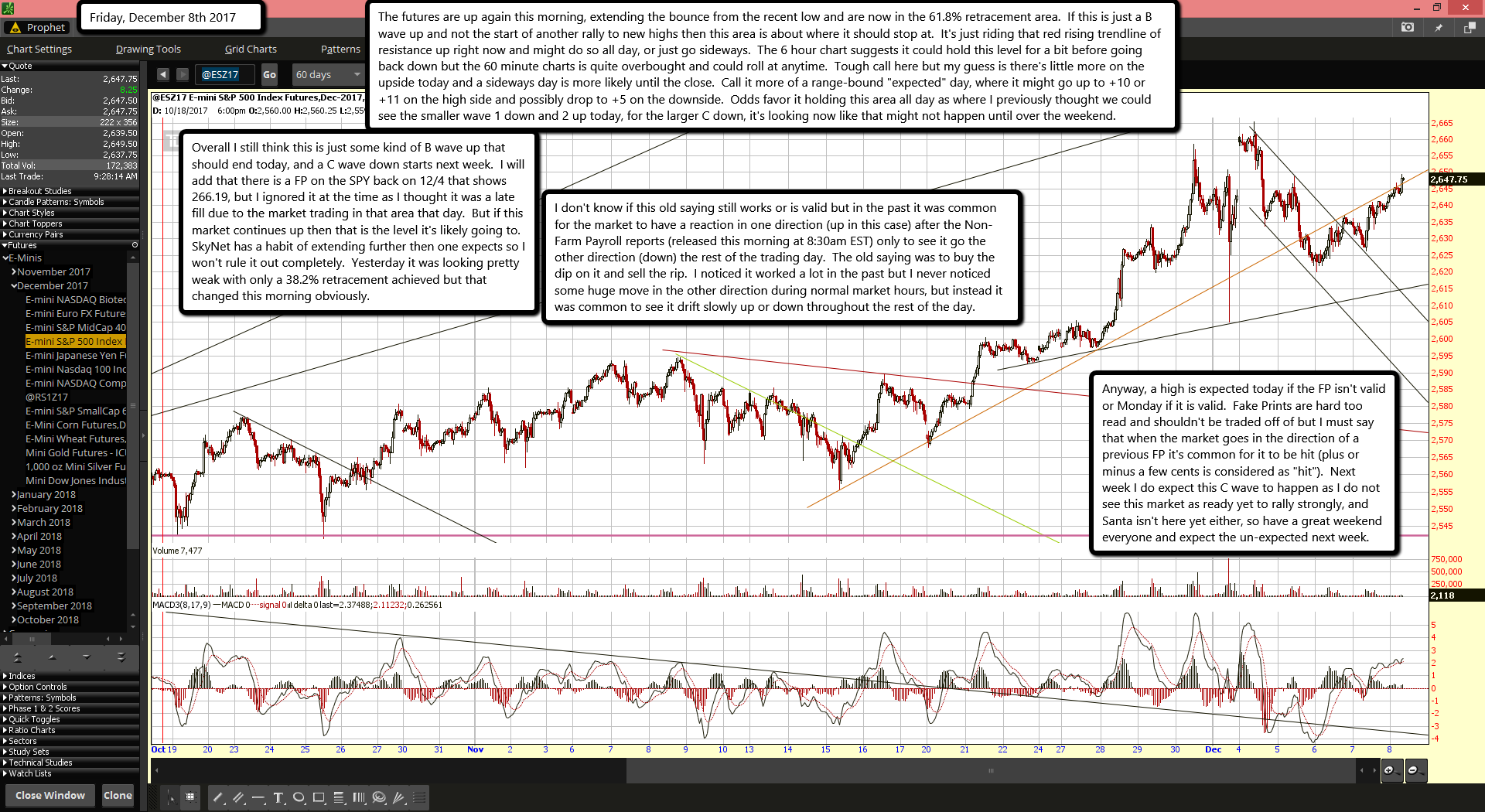 The futures are up again this morning, extending the bounce from the recent low and are now in the 61.8% retracement area.  If this is just a B wave up and not the start of another rally to new highs then this area is about where it should stop at.  It's just riding that red rising trendline of resistance up right now and might do so all day, or just go sideways.  The 6 hour chart suggests it could hold this level for a bit before going back down but the 60 minute charts is quite overbought and could roll at anytime.  Tough call here but my guess is there's little more on the upside today and a sideways day is more likely until the close.  Call it more of a range-bound "expected" day, where it might go up to +10 or +11 on the high side and possibly drop to +5 on the downside.  Odds favor it holding this area all day as where I previously thought we could see the smaller wave 1 down and 2 up today, for the larger C down, it's looking now like that might not happen until over the weekend.

Overall I still think this is just some kind of B wave up that should end today, and a C wave down starts next week.  I will add that there is a FP on the SPY back on 12/4 that shows 266.19, but I ignored it at the time as I thought it was a late fill due to the market trading in that area that day.  But if this market continues up then that is the level it's likely going to.  SkyNet has a habit of extending further then one expects so I won't rule it out completely.  Yesterday it was looking pretty weak with only a 38.2% retracement achieved but that changed this morning obviously.

I don't know if this old saying still works or is valid but in the past it was common for the market to have a reaction in one direction (up in this case) after the Non-Farm Payroll reports (released this morning at 8:30am EST) only to see it go the other direction (down) the rest of the trading day.  The old saying was to buy the dip on it and sell the rip.  I noticed it worked a lot in the past but I never noticed some huge move in the other direction during normal market hours, but instead it was common to see it drift slowly up or down throughout the rest of the day.

Anyway, a high is expected today if the FP isn't valid or Monday if it is valid.  Fake Prints are hard too read and shouldn't be traded off of but I must say that when the market goes in the direction of a previous FP it's common for it to be hit (plus or minus a few cents is considered as "hit").  Next week I do expect this C wave to happen as I do not see this market as ready yet to rally strongly, and Santa isn't here yet either, so have a great weekend everyone and expect the un-expected next week.