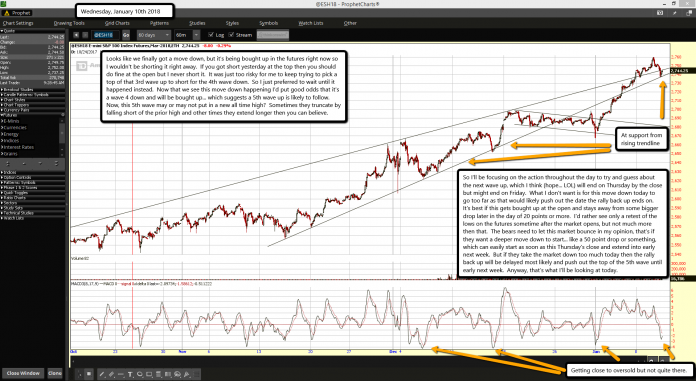 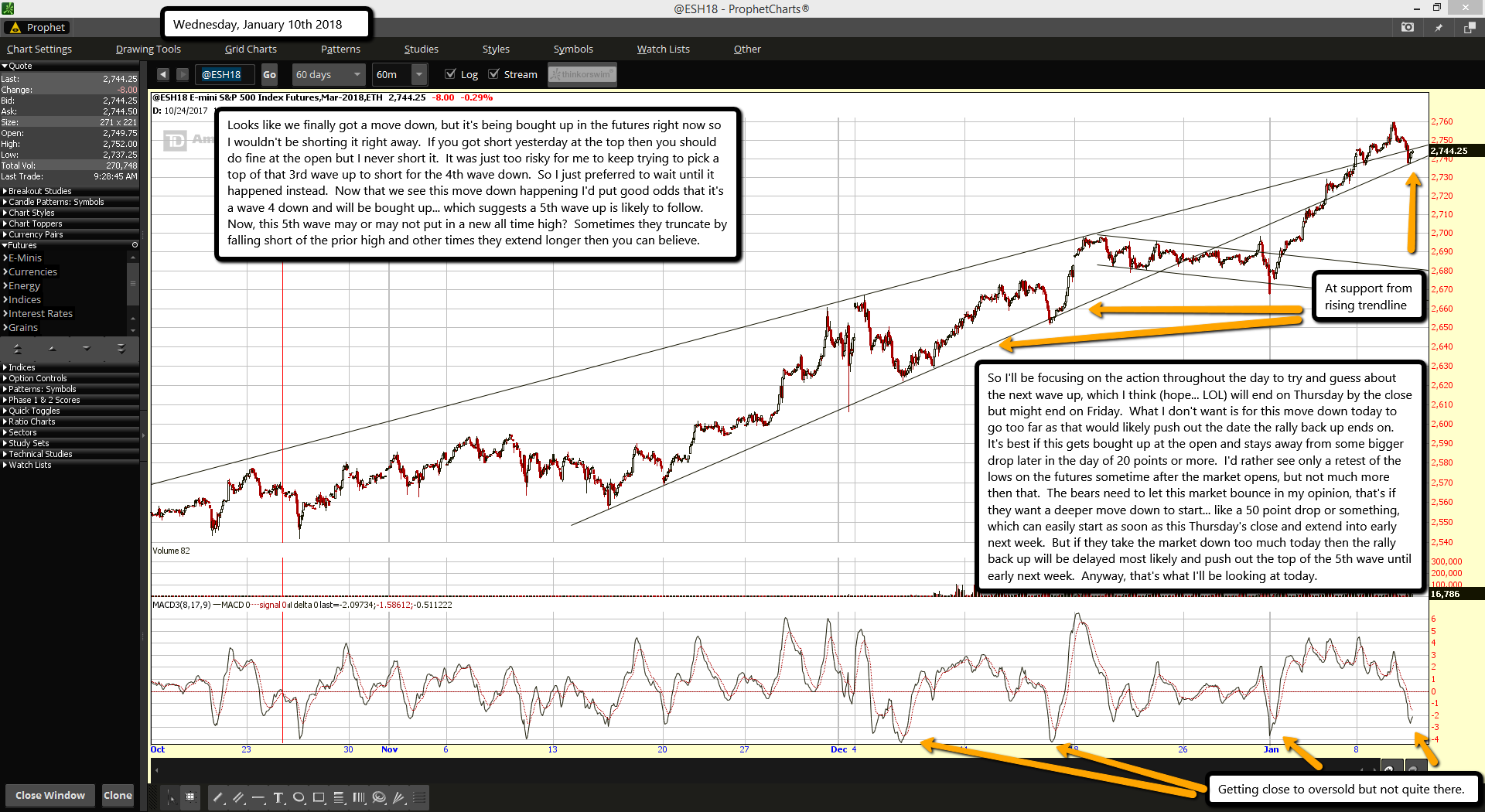 Looks like we finally got a move down, but it's being bought up in the futures right now so I wouldn't be shorting it right away.  If you got short yesterday at the top then you should do fine at the open but I never short it.  It was just too risky for me to keep trying to pick a top of that 3rd wave up to short for the 4th wave down.  So I just preferred to wait until it happened instead.  Now that we see this move down happening I'd put good odds that it's a wave 4 down and will be bought up... which suggests a 5th wave up is likely to follow.  Now, this 5th wave may or may not put in a new all time high?  Sometimes they truncate by falling short of the prior high and other times they extend longer then you can believe.

So I'll be focusing on the action throughout the day to try and guess about the next wave up, which I think (hope... LOL) will end on Thursday by the close but might end on Friday.  What I don't want is for this move down today to go too far as that would likely push out the date the rally back up ends on.  It's best if this gets bought up at the open and stays away from some bigger drop later in the day of 20 points or more.  I'd rather see only a retest of the lows on the futures sometime after the market opens, but not much more then that.  The bears need to let this market bounce in my opinion, that's if they want a deeper move down to start... like a 50 point drop or something, which can easily start as soon as this Thursday's close and extend into early next week.  But if they take the market down too much today then the rally back up will be delayed most likely and push out the top of the 5th wave until early next week.  Anyway, that's what I'll be looking at today.