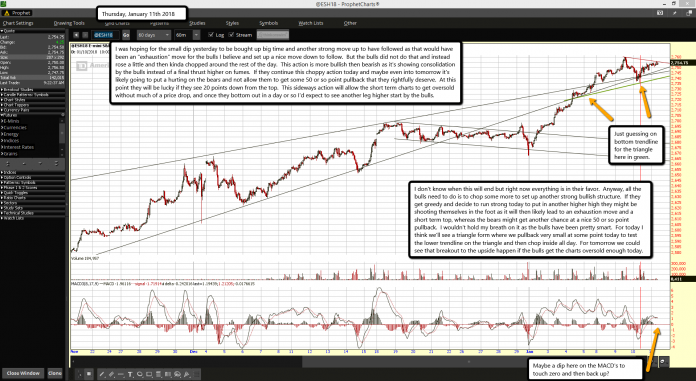 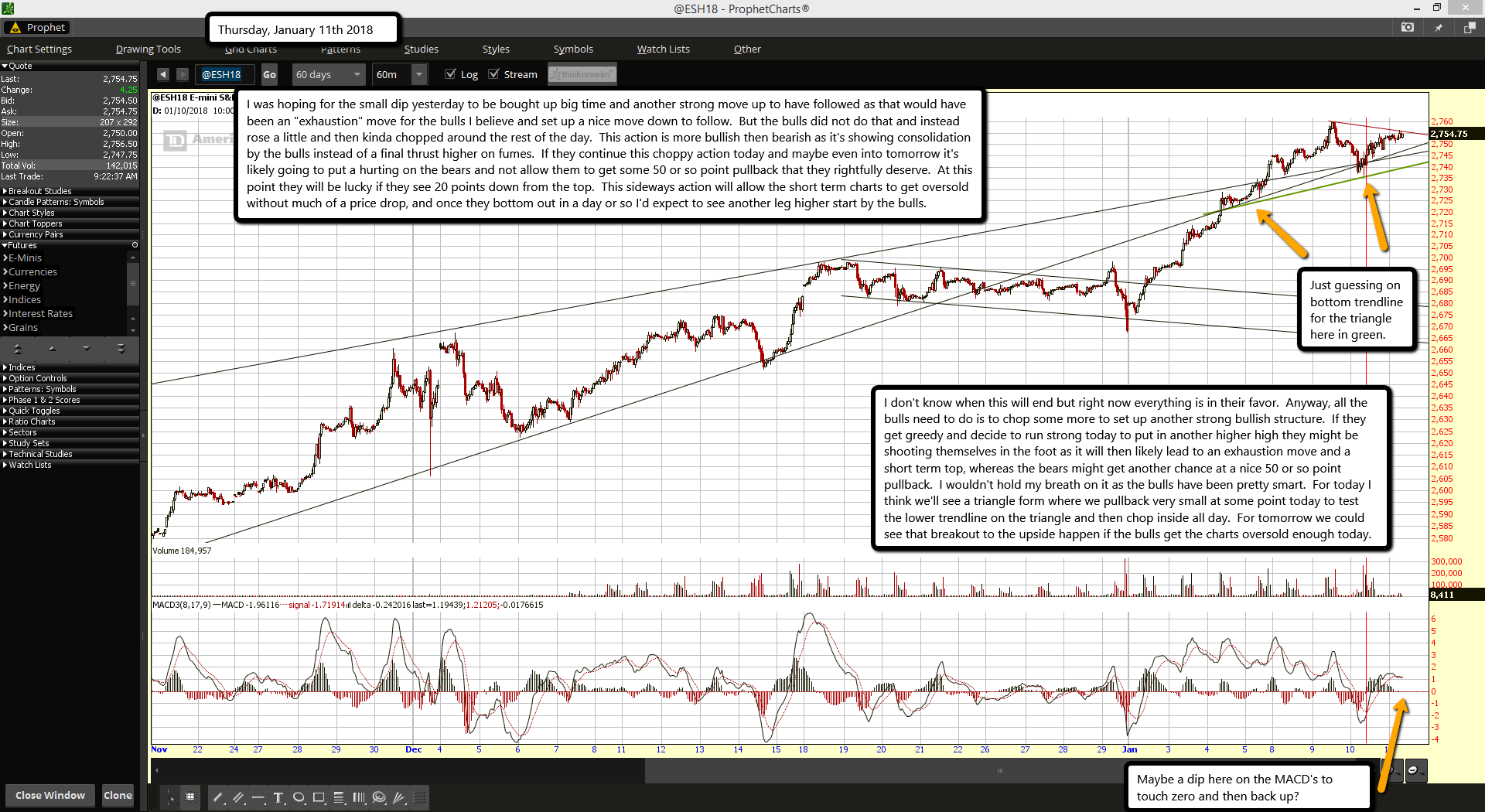 I was hoping for the small dip yesterday to be bought up big time and another strong move up to have followed as that would have been an "exhaustion" move for the bulls I believe and set up a nice move down to follow.  But the bulls did not do that and instead rose a little and then kinda chopped around the rest of the day.  This action is more bullish then bearish as it's showing consolidation by the bulls instead of a final thrust higher on fumes.  If they continue this choppy action today and maybe even into tomorrow it's likely going to put a hurting on the bears and not allow them to get some 50 or so point pullback that they rightfully deserve.  At this point they will be lucky if they see 20 points down from the top.  This sideways action will allow the short term charts to get oversold without much of a price drop, and once they bottom out in a day or so I'd expect to see another leg higher start by the bulls.

I don't know when this will end but right now everything is in their favor.  Anyway, all the bulls need to do is to chop some more to set up another strong bullish structure.  If they get greedy and decide to run strong today to put in another higher high they might be shooting themselves in the foot as it will then likely lead to an exhaustion move and a short term top, whereas the bears might get another chance at a nice 50 or so point pullback.  I wouldn't hold my breath on it as the bulls have been pretty smart.  For today I think we'll see a triangle form where we pullback very small at some point today to test the lower trendline on the triangle and then chop inside all day.  For tomorrow we could see that breakout to the upside happen if the bulls get the charts oversold enough today.