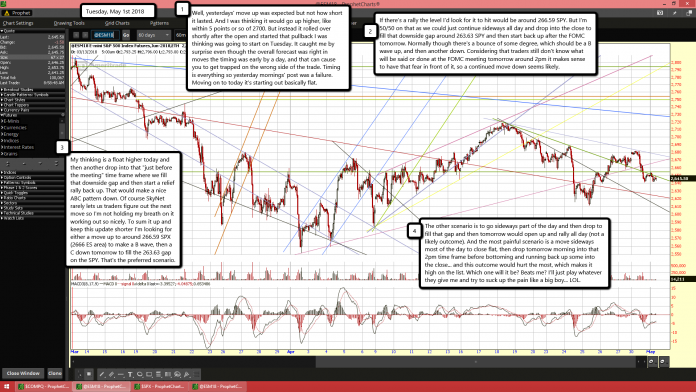 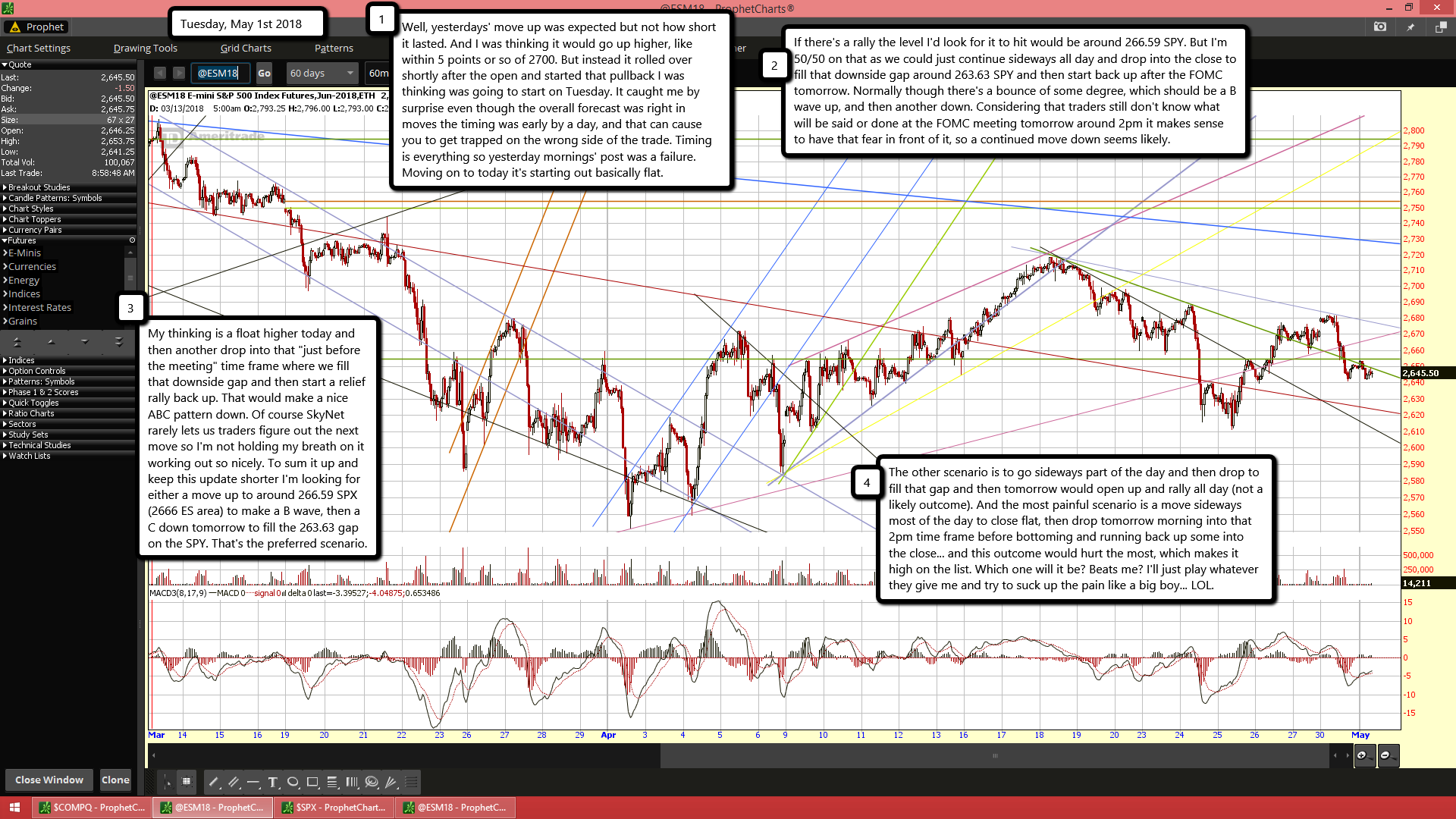 Well, yesterdays' move up was expected but not how short it lasted. And I was thinking it would go up higher, like within 5 points or so of 2700. But instead it rolled over shortly after the open and started that pullback I was thinking was going to start on Tuesday. It caught me by surprise even though the overall forecast was right in moves the timing was early by a day, and that can cause you to get trapped on the wrong side of the trade. Timing is everything so yesterday mornings' post was a failure. Moving on to today it's starting out basically flat.

If there's a rally the level I'd look for it to hit would be around 266.59 SPY. But I'm 50/50 on that as we could just continue sideways all day and drop into the close to fill that downside gap around 263.63 SPY and then start back up after the FOMC tomorrow. Normally though there's a bounce of some degree, which should be a B wave up, and then another down. Considering that traders still don't know what will be said or done at the FOMC meeting tomorrow around 2pm it makes sense to have that fear in front of it, so a continued move down seems likely.

My thinking is a float higher today and then another drop into that "just before the meeting" time frame where we fill that downside gap and then start a relief rally back up. That would make a nice ABC pattern down. Of course SkyNet rarely lets us traders figure out the next move so I'm not holding my breath on it working out so nicely. To sum it up and keep this update shorter I'm looking for either a move up to around 266.59 SPX (2666 ES area) to make a B wave, then a C down tomorrow to fill the 263.63 gap on the SPY. That's the preferred scenario.

The other scenario is to go sideways part of the day and then drop to fill that gap and then tomorrow would open up and rally all day (not a likely outcome). And the most painful scenario is a move sideways most of the day to close flat, then drop tomorrow morning into that 2pm time frame before bottoming and running back up some into the close... and this outcome would hurt the most, which makes it high on the list. Which one will it be? Beats me? I'll just play whatever they give me and try to suck up the pain like a big boy... LOL.