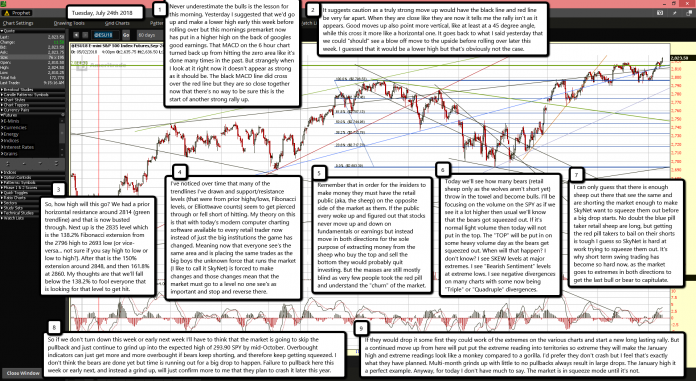 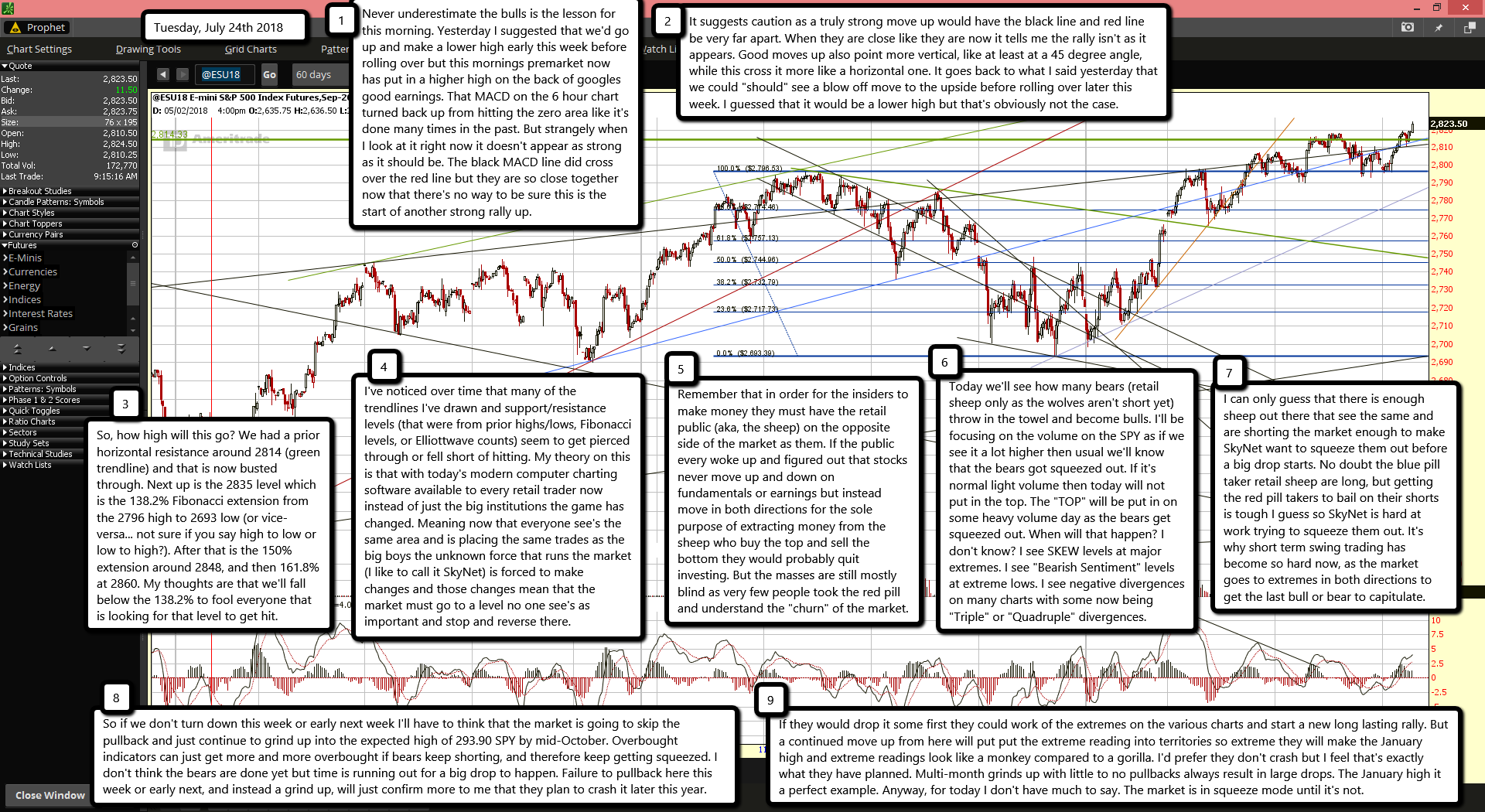 Never underestimate the bulls is the lesson for this morning. Yesterday I suggested that we'd go up and make a lower high early this week before rolling over but this mornings premarket now has put in a higher high on the back of googles good earnings. That MACD on the 6 hour chart turned back up from hitting the zero area like it's done many times in the past. But strangely when I look at it right now it doesn't appear as strong as it should be. The black MACD line did cross over the red line but they are so close together now that there's no way to be sure this is the start of another strong rally up.

It suggests caution as a truly strong move up would have the black line and red line be very far apart. When they are close like they are now it tells me the rally isn't as it appears. Good moves up also point more vertical, like at least at a 45 degree angle, while this cross it more like a horizontal one. It goes back to what I said yesterday that we could "should" see a blow off move to the upside before rolling over later this week. I guessed that it would be a lower high but that's obviously not the case.

I've noticed over time that many of the trendlines I've drawn and support/resistance levels (that were from prior highs/lows, Fibonacci levels, or Elliottwave counts) seem to get pierced through or fell short of hitting. My theory on this is that with today's modern computer charting software available to every retail trader now instead of just the big institutions the game has changed. Meaning now that everyone see's the same area and is placing the same trades as the big boys the unknown force that runs the market (I like to call it SkyNet) is forced to make changes and those changes mean that the market must go to a level no one see's as important and stop and reverse there.

Remember that in order for the insiders to make money they must have the retail public (aka, the sheep) on the opposite side of the market as them. If the public every woke up and figured out that stocks never move up and down on fundamentals or earnings but instead move in both directions for the sole purpose of extracting money from the sheep who buy the top and sell the bottom they would probably quit investing. But the masses are still mostly blind as very few people took the red pill and understand the "churn" of the market.

Today we'll see how many bears (retail sheep only as the wolves aren't short yet) throw in the towel and become bulls. I'll be focusing on the volume on the SPY as if we see it a lot higher then usual we'll know that the bears got squeezed out. If it's normal light volume then today will not put in the top. The "TOP" will be put in on some heavy volume day as the bears get squeezed out. When will that happen? I don't know? I see SKEW levels at major extremes. I see "Bearish Sentiment" levels at extreme lows. I see negative divergences on many charts with some now being "Triple" or "Quadruple" divergences.

I can only guess that there is enough sheep out there that see the same and are shorting the market enough to make SkyNet want to squeeze them out before a big drop starts. No doubt the blue pill taker retail sheep are long, but getting the red pill takers to bail on their shorts is tough I guess so SkyNet is hard at work trying to squeeze them out. It's why short term swing trading has become so hard now, as the market goes to extremes in both directions to get the last bull or bear to capitulate.

So if we don't turn down this week or early next week I'll have to think that the market is going to skip the pullback and just continue to grind up into the expected high of 293.90 SPY by mid-October. Overbought indicators can just get more and more overbought if bears keep shorting, and therefore keep getting squeezed. I don't think the bears are done yet but time is running out for a big drop to happen. Failure to pullback here this week or early next, and instead a grind up, will just confirm more to me that they plan to crash it later this year.

If they would drop it some first they could work of the extremes on the various charts and start a new long lasting rally. But a continued move up from here will put put the extreme reading into territories so extreme they will make the January high and extreme readings look like a monkey compared to a gorilla. I'd prefer they don't crash but I feel that's exactly what they have planned. Multi-month grinds up with little to no pullbacks always result in large drops. The January high it a perfect example. Anyway, for today I don't have much to say. The market is in squeeze mode until it's not. 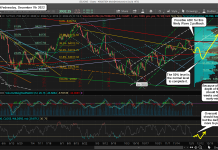 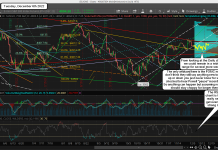 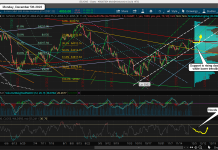