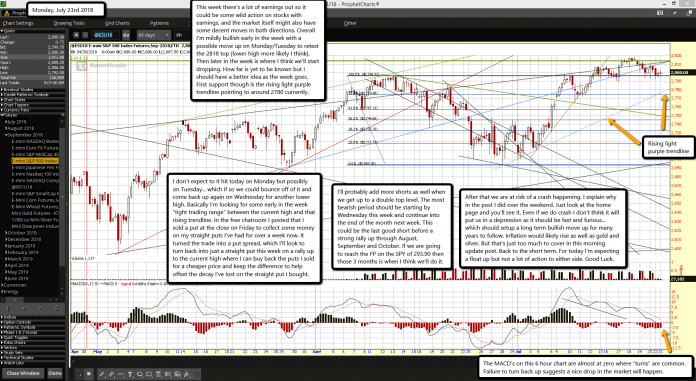 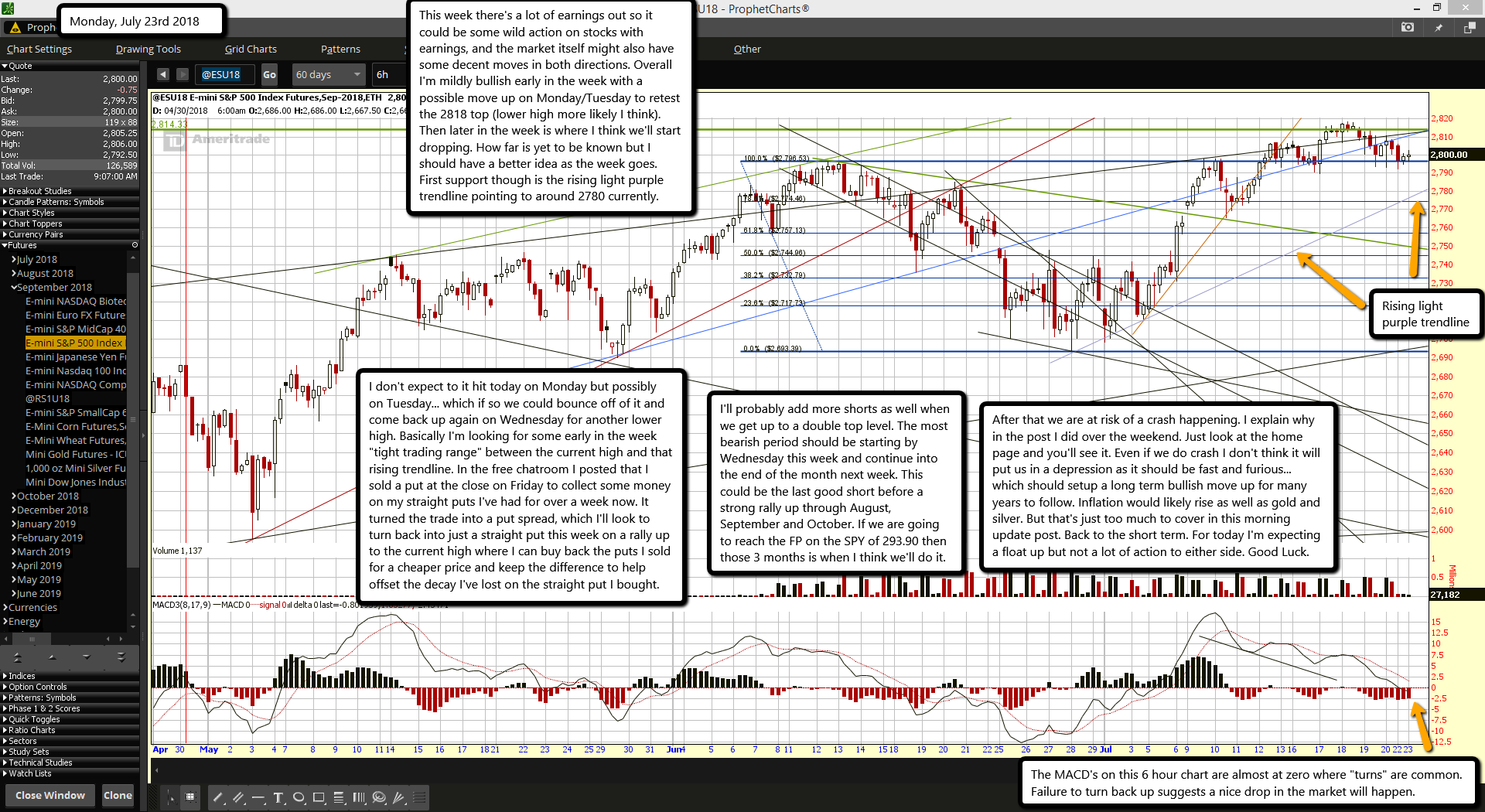 This week there's a lot of earnings out so it could be some wild action on stocks with earnings, and the market itself might also have some decent moves in both directions. Overall I'm mildly bullish early in the week with a possible move up on Monday/Tuesday to retest the 2818 top (lower high more likely I think). Then later in the week is where I think we'll start dropping. How far is yet to be known but I should have a better idea as the week goes. First support though is the rising light purple trendline pointing to around 2780 currently.

I don't expect to it hit today on Monday but possibly on Tuesday... which if so we could bounce off of it and come back up again on Wednesday for another lower high. Basically I'm looking for some early in the week "tight trading range" between the current high and that rising trendline. In the free chatroom I posted that I sold a put at the close on Friday to collect some money on my straight puts I've had for over a week now. It turned the trade into a put spread, which I'll look to turn back into just a straight put this week on a rally up to the current high where I can buy back the puts I sold for a cheaper price and keep the difference to help offset the decay I've lost on the straight put I bought.

I'll probably add more shorts as well when we get up to a double top level. The most bearish period should be starting by Wednesday this week and continue into the end of the month next week. This could be the last good short before a strong rally up through August, September and October. If we are going to reach the FP on the SPY of 293.90 then those 3 months is when I think we'll do it.

After that we are at risk of a crash happening. I explain why in the post I did over the weekend. Just look at the home page and you'll see it. Even if we do crash I don't think it will put us in a depression as it should be fast and furious... which should setup a long term bullish move up for many years to follow. Inflation would likely rise as well as gold and silver. But that's just too much to cover in this morning update post. Back to the short term. For today I'm expecting a float up but not a lot of action to either side. Good Luck.