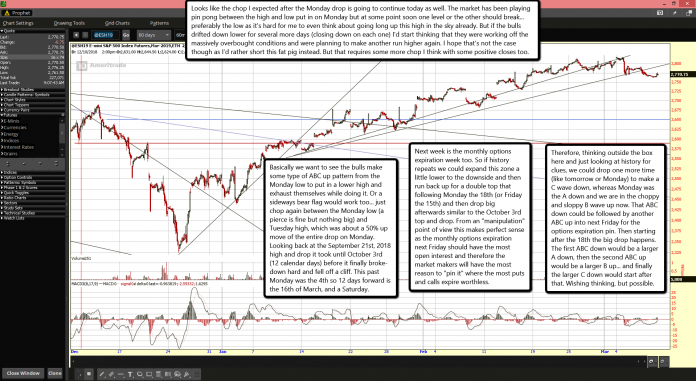 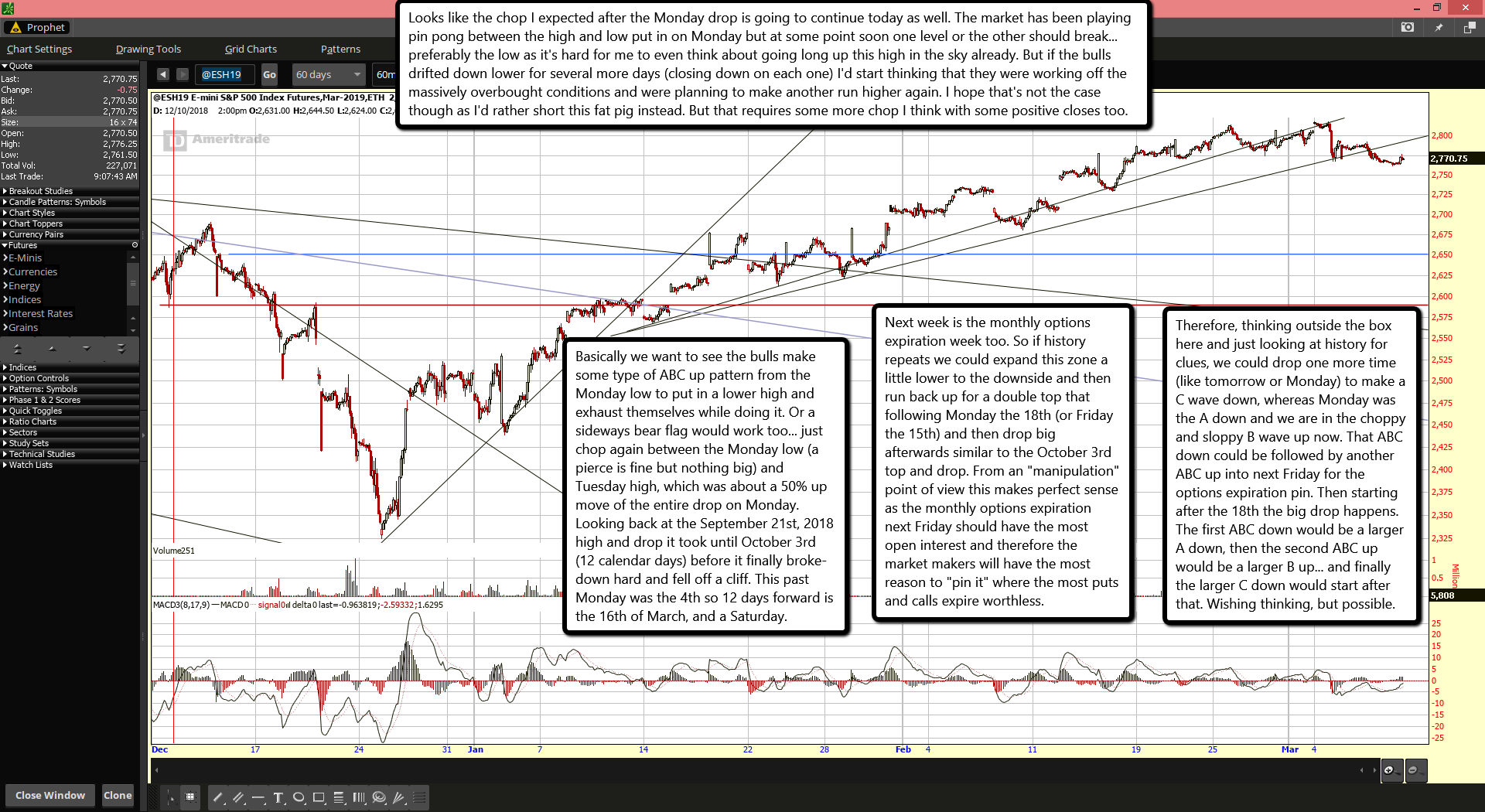 Looks like the chop I expected after the Monday drop is going to continue today as well. The market has been playing pin pong between the high and low put in on Monday but at some point soon one level or the other should break... preferably the low as it's hard for me to even think about going long up this high in the sky already. But if the bulls drifted down lower for several more days (closing down on each one) I'd start thinking that they were working off the massively overbought conditions and were planning to make another run higher again. I hope that's not the case though as I'd rather short this fat pig instead. But that requires some more chop I think with some positive closes too.

Basically we want to see the bulls make some type of ABC up pattern from the Monday low to put in a lower high and exhaust themselves while doing it. Or a sideways bear flag would work too... just chop again between the Monday low (a pierce is fine but nothing big) and Tuesday high, which was about a 50% up move of the entire drop on Monday. Looking back at the September 21st, 2018 high and drop it took until October 3rd (12 calendar days) before it finally broke-down hard and fell off a cliff. This past Monday was the 4th so 12 days forward is the 16th of March, and a Saturday.

Next week is the monthly options expiration week too. So if history repeats we could expand this zone a little lower to the downside and then run back up for a double top that following Monday the 18th (or Friday the 15th) and then drop big afterwards similar to the October 3rd top and drop. From an "manipulation" point of view this makes perfect sense as the monthly options expiration next Friday should have the most open interest and therefore the market makers will have the most reason to "pin it" where the most puts and calls expire worthless.

Therefore, thinking outside the box here and just looking at history for clues, we could drop one more time (like tomorrow or Monday) to make a C wave down, whereas Monday was the A down and we are in the choppy and sloppy B wave up now. That ABC down could be followed by another ABC up into next Friday for the options expiration pin. Then starting after the 18th the big drop happens. The first ABC down would be a larger A down, then the second ABC up would be a larger B up... and finally the larger C down would start after that. Wishing thinking, but possible.