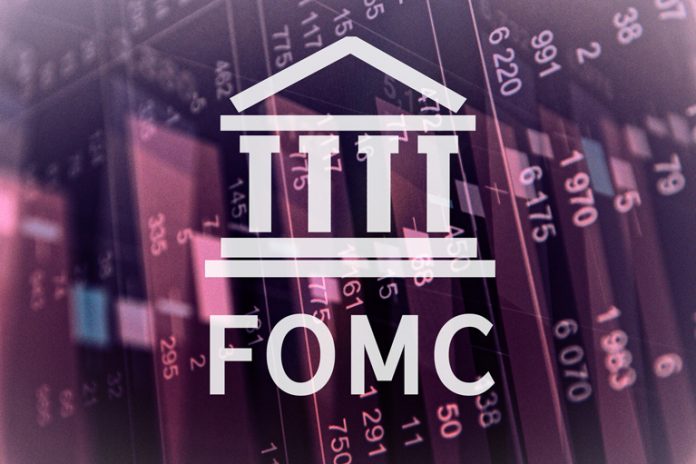 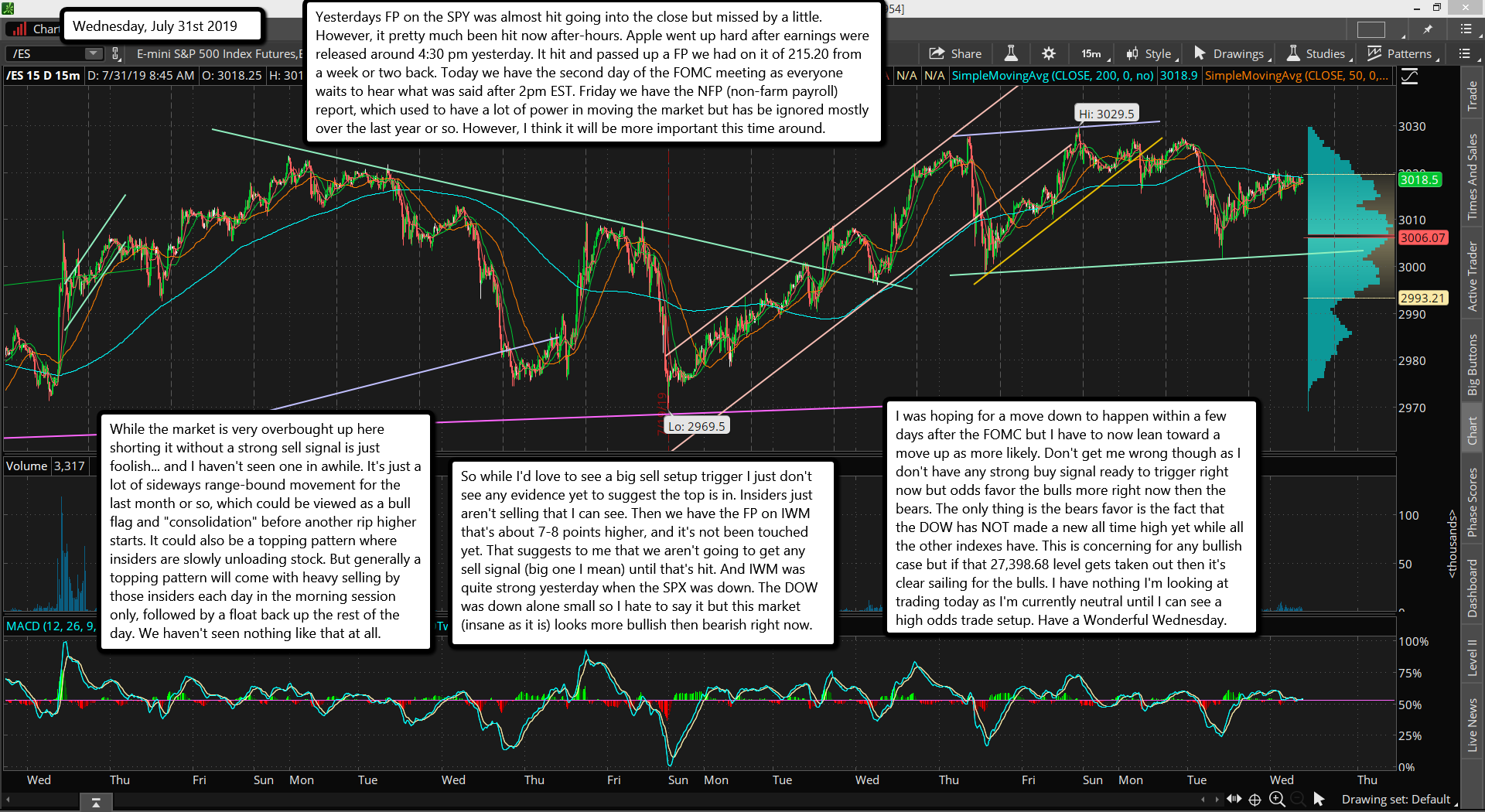 Yesterdays FP on the SPY was almost hit going into the close but missed by a little. However, it pretty much been hit now after-hours. Apple went up hard after earnings were released around 4:30 pm yesterday. It hit and passed up a FP we had on it of 215.20 from a week or two back. Today we have the second day of the FOMC meeting as everyone waits to hear what was said after 2pm EST. Friday we have the NFP (non-farm payroll) report, which used to have a lot of power in moving the market but has be ignored mostly over the last year or so. However, I think it will be more important this time around.

While the market is very overbought up here shorting it without a strong sell signal is just foolish... and I haven't seen one in awhile. It's just a lot of sideways range-bound movement for the last month or so, which could be viewed as a bull flag and "consolidation" before another rip higher starts. It could also be a topping pattern where insiders are slowly unloading stock. But generally a topping pattern will come with heavy selling by those insiders each day in the morning session only, followed by a float back up the rest of the day. We haven't seen nothing like that at all.

So while I'd love to see a big sell setup trigger I just don't see any evidence yet to suggest the top is in. Insiders just aren't selling that I can see. Then we have the FP on IWM that's about 7-8 points higher, and it's not been touched yet. That suggests to me that we aren't going to get any sell signal (big one I mean) until that's hit. And IWM was quite strong yesterday when the SPX was down. The DOW was down alone small so I hate to say it but this market (insane as it is) looks more bullish then bearish right now.

I was hoping for a move down to happen within a few days after the FOMC but I have to now lean toward a move up as more likely. Don't get me wrong though as I don't have any strong buy signal ready to trigger right now but odds favor the bulls more right now then the bears. The only thing is the bears favor is the fact that the DOW has NOT made a new all time high yet while all the other indexes have. This is concerning for any bullish case but if that 27,398.68 level gets taken out then it's clear sailing for the bulls. I have nothing I'm looking at trading today as I'm currently neutral until I can see a high odds trade setup. Have a Wonderful Wednesday.