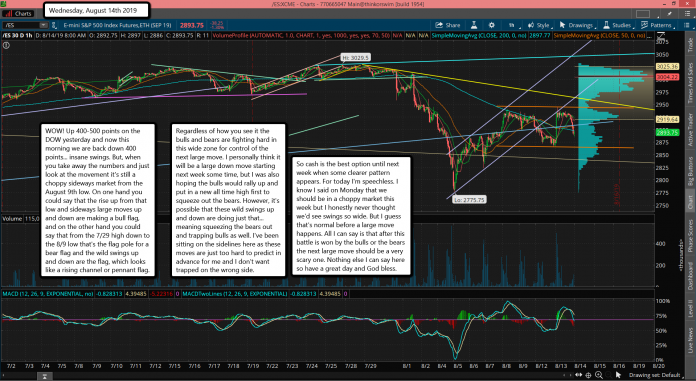 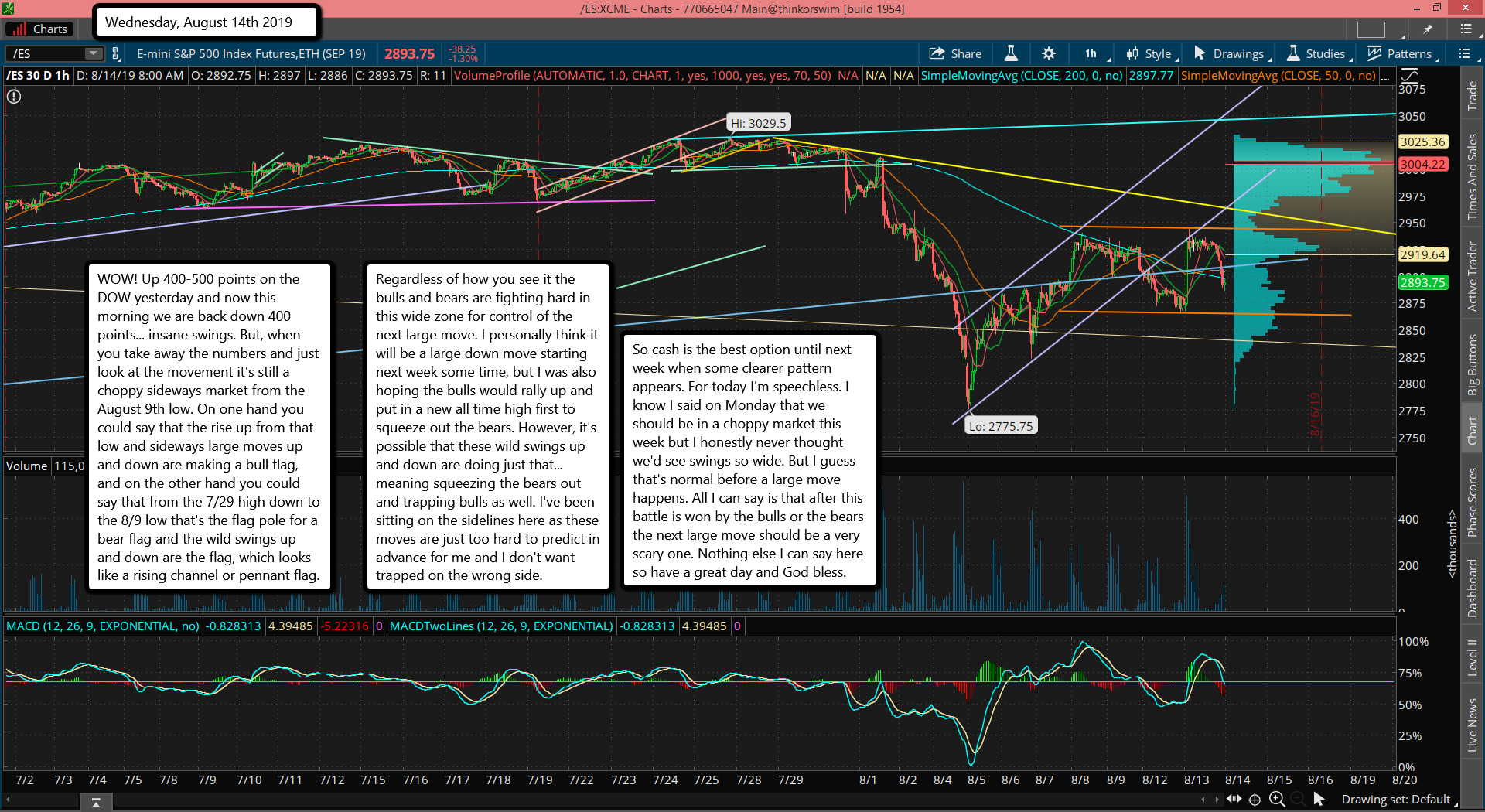 WOW! Up 400-500 points on the DOW yesterday and now this morning we are back down 400 points... insane swings. But, when you take away the numbers and just look at the movement it's still a choppy sideways market from the August 9th low. On one hand you could say that the rise up from that low and sideways large moves up and down are making a bull flag, and on the other hand you could say that from the 7/29 high down to the 8/9 low that's the flag pole for a bear flag and the wild swings up and down are the flag, which looks like a rising channel or pennant flag.

Regardless of how you see it the bulls and bears are fighting hard in this wide zone for control of the next large move. I personally think it will be a large down move starting next week some time, but I was also hoping the bulls would rally up and put in a new all time high first to squeeze out the bears. However, it's possible that these wild swings up and down are doing just that... meaning squeezing the bears out and trapping bulls as well. I've been sitting on the sidelines here as these moves are just too hard to predict in advance for me and I don't want trapped on the wrong side.

So cash is the best option until next week when some clearer pattern appears. For today I'm speechless. I know I said on Monday that we should be in a choppy market this week but I honestly never thought we'd see swings so wide. But I guess that's normal before a large move happens. All I can say is that after this battle is won by the bulls or the bears the next large move should be a very scary one. Nothing else I can say here so have a great day and God bless.