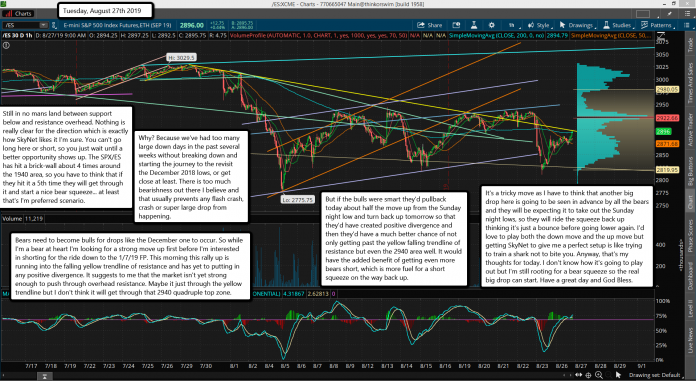 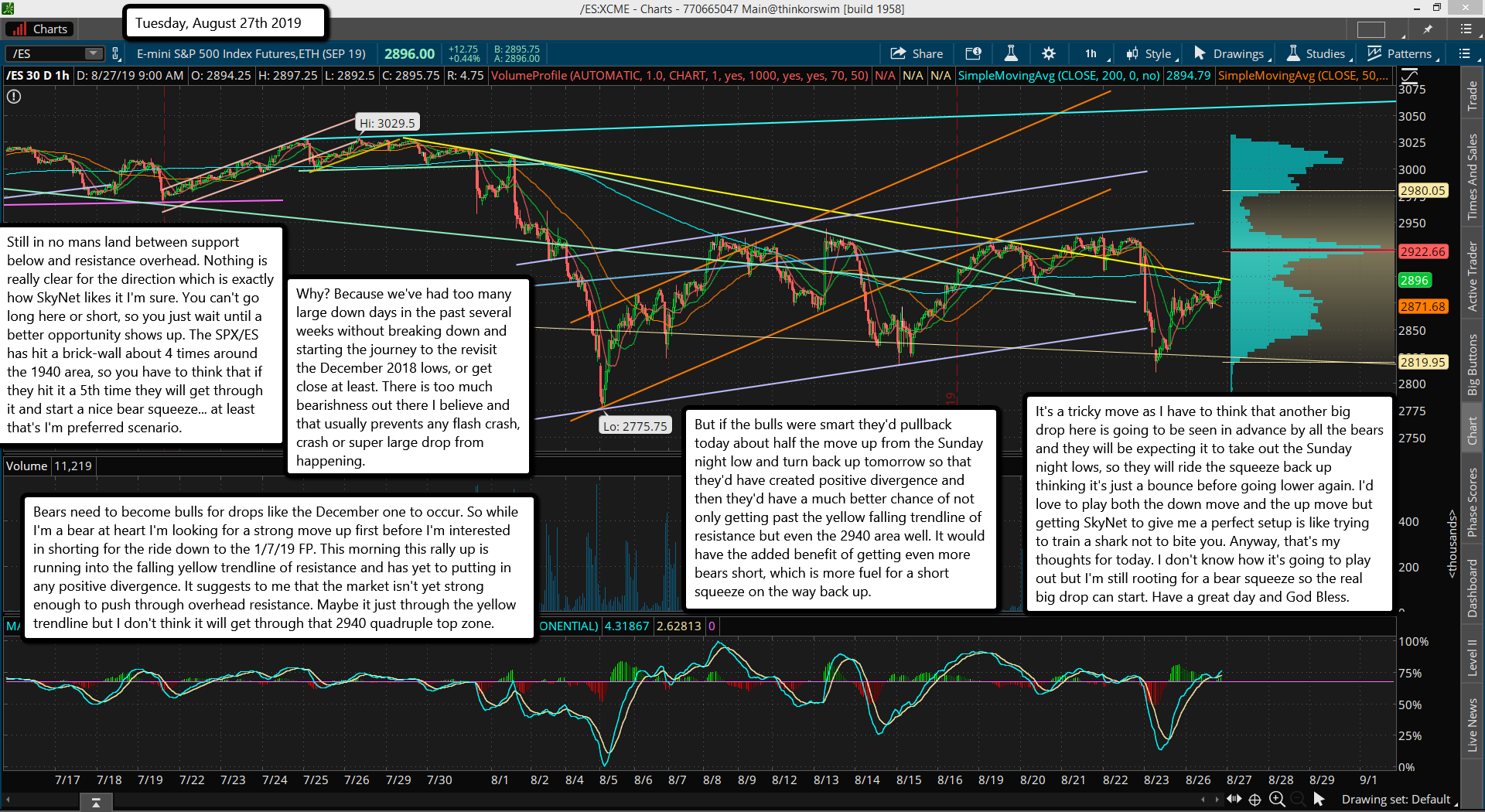 Still in no mans land between support below and resistance overhead. Nothing is really clear for the direction which is exactly how SkyNet likes it I'm sure. You can't go long here or short, so you just wait until a better opportunity shows up. The SPX/ES has hit a brick-wall about 4 times around the 1940 area, so you have to think that if they hit it a 5th time they will get through it and start a nice bear squeeze... at least that's I'm preferred scenario.

Why? Because we've had too many large down days in the past several weeks without breaking down and starting the journey to the revisit the December 2018 lows, or get close at least. There is too much bearishness out there I believe and that usually prevents any flash crash, crash or super large drop from happening.

Bears need to become bulls for drops like the December one to occur. So while I'm a bear at heart I'm looking for a strong move up first before I'm interested in shorting for the ride down to the 1/7/19 FP. This morning this rally up is running into the falling yellow trendline of resistance and has yet to putting in any positive divergence. It suggests to me that the market isn't yet strong enough to push through overhead resistance. Maybe it just through the yellow trendline but I don't think it will get through that 2940 quadruple top zone.

But if the bulls were smart they'd pullback today about half the move up from the Sunday night low and turn back up tomorrow so that they'd have created positive divergence and then they'd have a much better chance of not only getting past the yellow falling trendline of resistance but even the 2940 area well. It would have the added benefit of getting even more bears short, which is more fuel for a short squeeze on the way back up.

It's a tricky move as I have to think that another big drop here is going to be seen in advance by all the bears and they will be expecting it to take out the Sunday night lows, so they will ride the squeeze back up thinking it's just a bounce before going lower again. I'd love to play both the down move and the up move but getting SkyNet to give me a perfect setup is like trying to train a shark not to bite you. Anyway, that's my thoughts for today. I don't know how it's going to play out but I'm still rooting for a bear squeeze so the real big drop can start. Have a great day and God Bless.