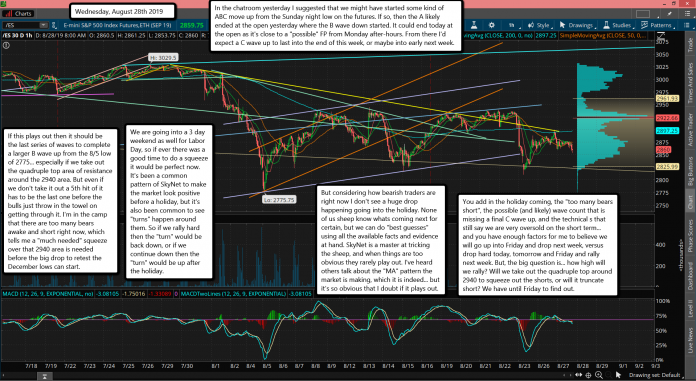 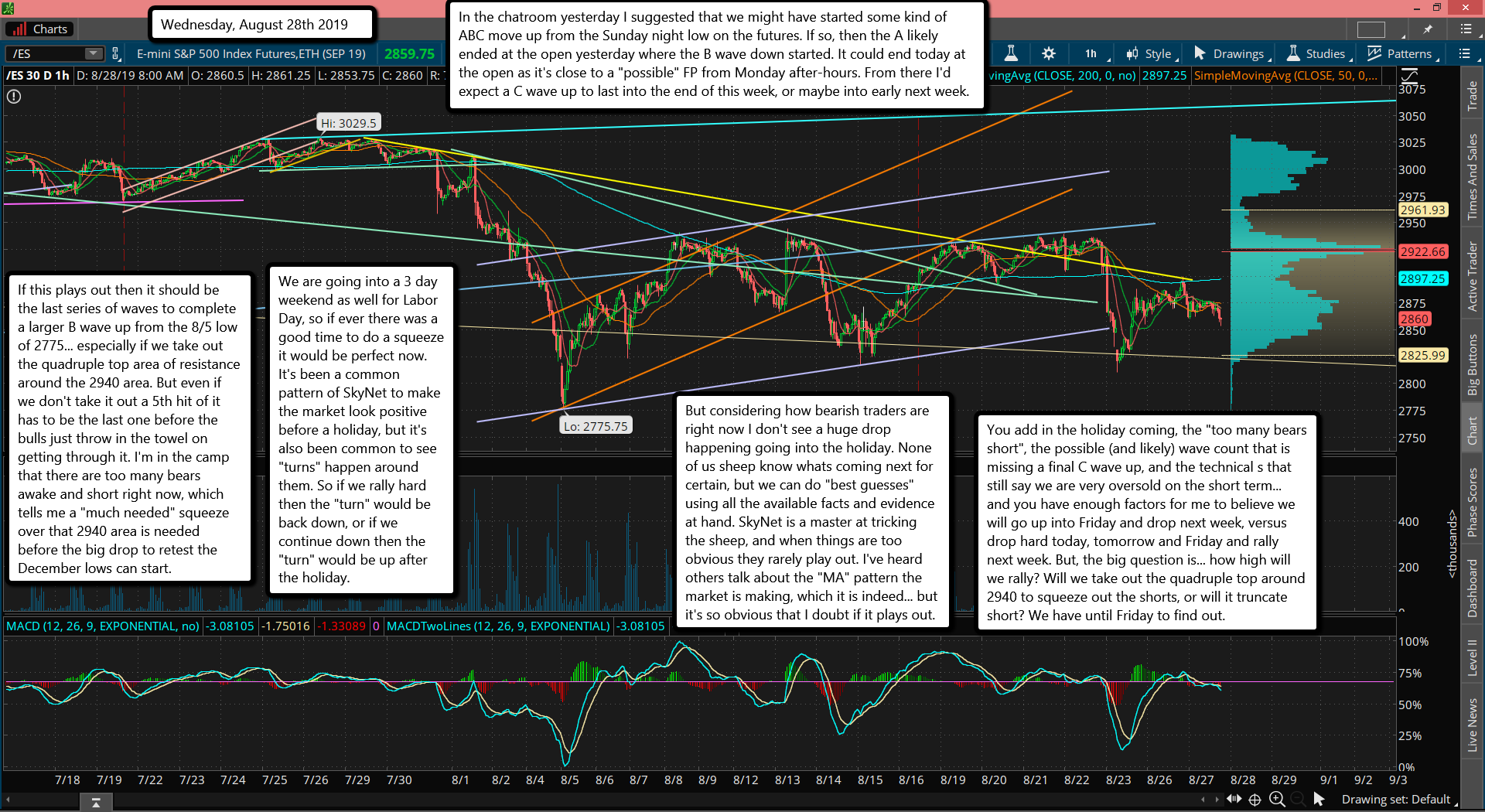 In the chatroom yesterday I suggested that we might have started some kind of ABC move up from the Sunday night low on the futures. If so, then the A likely ended at the open yesterday where the B wave down started. It could end today at the open as it's close to a "possible" FP from Monday after-hours. From there I'd expect a C wave up to last into the end of this week, or maybe into early next week.

If this plays out then it should be the last series of waves to complete a larger B wave up from the 8/5 low of 2775... especially if we take out the quadruple top area of resistance around the 2940 area. But even if we don't take it out a 5th hit of it has to be the last one before the bulls just throw in the towel on getting through it. I'm in the camp that there are too many bears awake and short right now, which tells me a "much needed" squeeze over that 2940 area is needed before the big drop to retest the December lows can start.

We are going into a 3 day weekend as well for Labor Day, so if ever there was a good time to do a squeeze it would be perfect now. It's been a common pattern of SkyNet to make the market look positive before a holiday, but it's also been common to see "turns" happen around them. So if we rally hard then the "turn" would be back down, or if we continue down then the "turn" would be up after the holiday.

But considering how bearish traders are right now I don't see a huge drop happening going into the holiday. None of us sheep know whats coming next for certain, but we can do "best guesses" using all the available facts and evidence at hand. SkyNet is a master at tricking the sheep, and when things are too obvious they rarely play out. I've heard others talk about the "MA" pattern the market is making, which it is indeed... but it's so obvious that I doubt if it plays out.

You add in the holiday coming, the "too many bears short", the possible (and likely) wave count that is missing a final C wave up, and the technical s that still say we are very oversold on the short term... and you have enough factors for me to believe we will go up into Friday and drop next week, versus drop hard today, tomorrow and Friday and rally next week. But, the big question is... how high will we rally? Will we take out the quadruple top around 2940 to squeeze out the shorts, or will it truncate short? We have until Friday to find out.