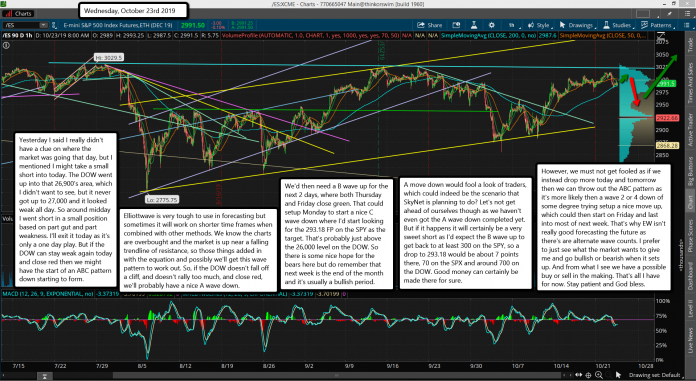 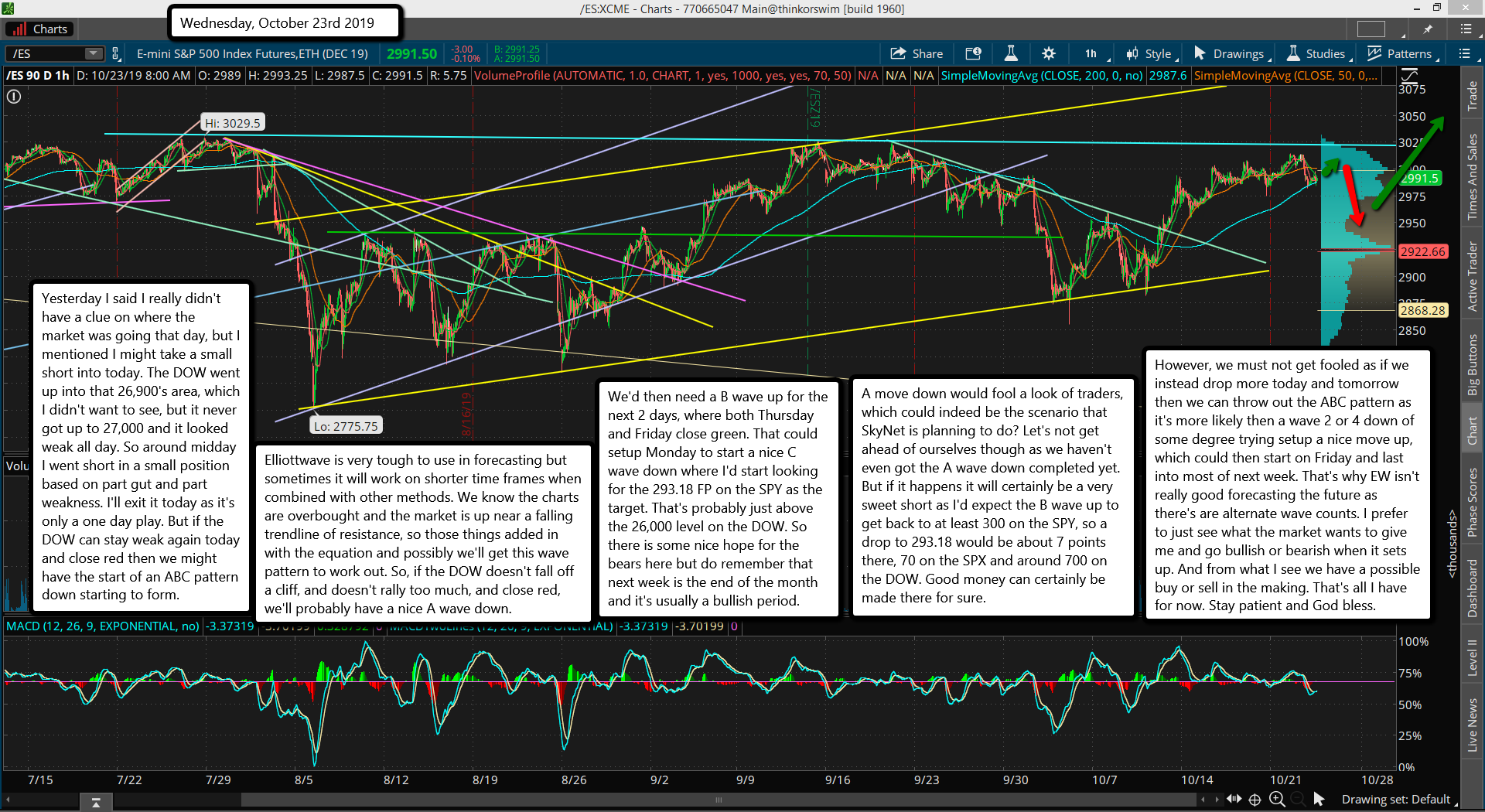 Yesterday I said I really didn't have a clue on where the market was going that day, but I mentioned I might take a small short into today. The DOW went up into that 26,900's area, which I didn't want to see, but it never got up to 27,000 and it looked weak all day. So around midday I went short in a small position based on part gut and part weakness. I'll exit it today as it's only a one day play. But if the DOW can stay weak again today and close red then we might have the start of an ABC pattern down starting to form.

Elliottwave is very tough to use in forecasting but sometimes it will work on shorter time frames when combined with other methods. We know the charts are overbought and the market is up near a falling trendline of resistance, so those things added in with the equation and possibly we'll get this wave pattern to work out. So, if the DOW doesn't fall off a cliff, and doesn't rally too much, and close red, we'll probably have a nice A wave down.

We'd then need a B wave up for the next 2 days, where both Thursday and Friday close green. That could setup Monday to start a nice C wave down where I'd start looking for the 293.18 FP on the SPY as the target. That's probably just above the 26,000 level on the DOW. So there is some nice hope for the bears here but do remember that next week is the end of the month and it's usually a bullish period.

A move down would fool a look of traders, which could indeed be the scenario that SkyNet is planning to do? Let's not get ahead of ourselves though as we haven't even got the A wave down completed yet. But if it happens it will certainly be a very sweet short as I'd expect the B wave up to get back to at least 300 on the SPY, so a drop to 293.18 would be about 7 points there, 70 on the SPX and around 700 on the DOW. Good money can certainly be made there for sure.

However, we must not get fooled as if we instead drop more today and tomorrow then we can throw out the ABC pattern as it's more likely then a wave 2 or 4 down of some degree trying setup a nice move up, which could then start on Friday and last into most of next week. That's why EW isn't really good forecasting the future as there's are alternate wave counts. I prefer to just see what the market wants to give me and go bullish or bearish when it sets up. And from what I see we have a possible buy or sell in the making. That's all I have for now. Stay patient and God bless.