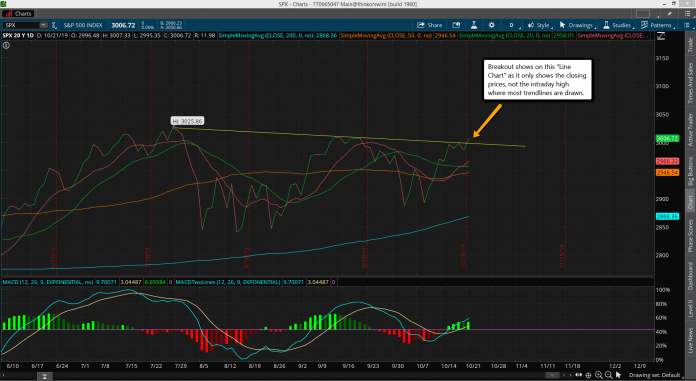 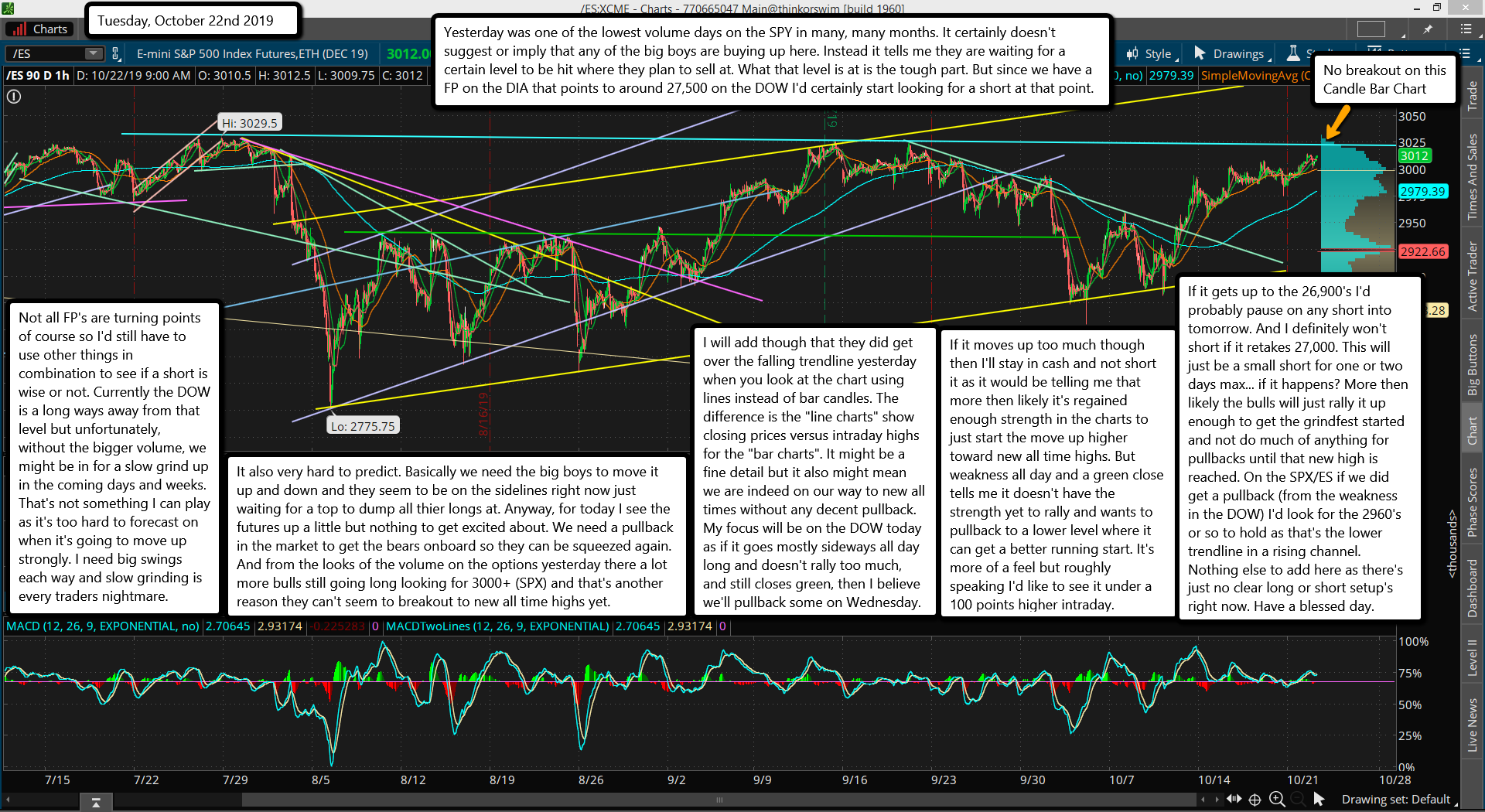 Yesterday was one of the lowest volume days on the SPY in many, many months. It certainly doesn't suggest or imply that any of the big boys are buying up here. Instead it tells me they are waiting for a certain level to be hit where they plan to sell at. What that level is at is the tough part. But since we have a FP on the DIA that points to around 27,500 on the DOW I'd certainly start looking for a short at that point.

Not all FP's are turning points of course so I'd still have to use other things in combination to see if a short is wise or not. Currently the DOW is a long ways away from that level but unfortunately, without the bigger volume, we might be in for a slow grind up in the coming days and weeks. That's not something I can play as it's too hard to forecast on when it's going to move up strongly. I need big swings each way and slow grinding is every traders nightmare.

It also very hard to predict. Basically we need the big boys to move it up and down and they seem to be on the sidelines right now just waiting for a top to dump all thier longs at. Anyway, for today I see the futures up a little but nothing to get excited about. We need a pullback in the market to get the bears onboard so they can be squeezed again. And from the looks of the volume on the options yesterday there a lot more bulls still going long looking for 3000+ (SPX) and that's another reason they can't seem to breakout to new all time highs yet.

I will add though that they did get over the falling trendline yesterday when you look at the chart using lines instead of bar candles. The difference is the "line charts" show closing prices versus intraday highs for the "bar charts". It might be a fine detail but it also might mean we are indeed on our way to new all times without any decent pullback. My focus will be on the DOW today as if it goes mostly sideways all day long and doesn't rally too much, and still closes green, then I believe we'll pullback some on Wednesday.

If it moves up too much though then I'll stay in cash and not short it as it would be telling me that more then likely it's regained enough strength in the charts to just start the move up higher toward new all time highs. But weakness all day and a green close tells me it doesn't have the strength yet to rally and wants to pullback to a lower level where it can get a better running start. It's more of a feel but roughly speaking I'd like to see it under a 100 points higher intraday.

If it gets up to the 26,900's I'd probably pause on any short into tomorrow. And I definitely won't short if it retakes 27,000. This will just be a small short for one or two days max... if it happens? More then likely the bulls will just rally it up enough to get the grindfest started and not do much of anything for pullbacks until that new high is reached. On the SPX/ES if we did get a pullback (from the weakness in the DOW) I'd look for the 2960's or so to hold as that's the lower trendline in a rising channel. Nothing else to add here as there's just no clear long or short setup's right now. Have a blessed day.