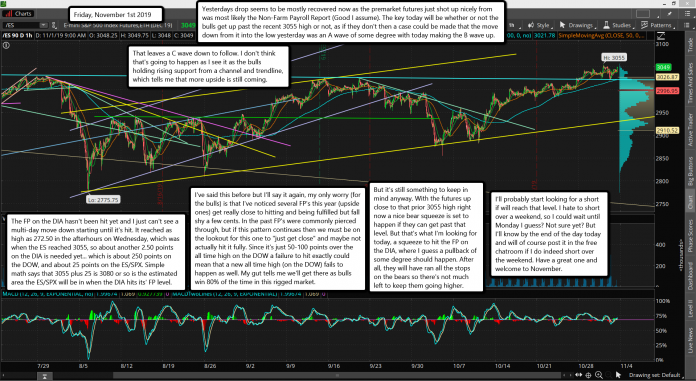 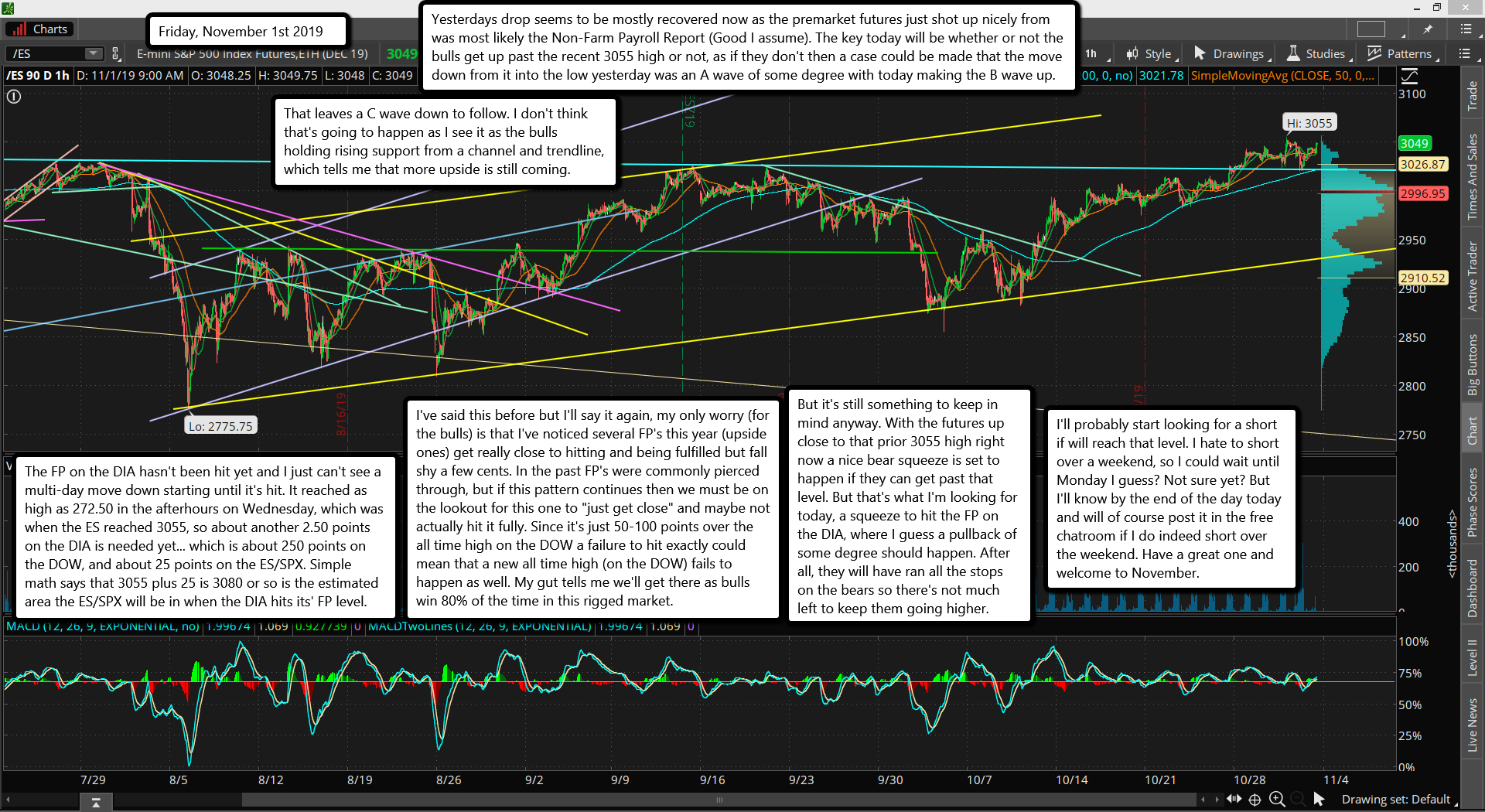 Yesterdays drop seems to be mostly recovered now as the premarket futures just shot up nicely from was most likely the Non-Farm Payroll Report (Good I assume). The key today will be whether or not the bulls get up past the recent 3055 high or not, as if they don't then a case could be made that the move down from it into the low yesterday was an A wave of some degree with today making the B wave up.

That leaves a C wave down to follow. I don't think that's going to happen as I see it as the bulls holding rising support from a channel and trendline, which tells me that more upside is still coming.

The FP on the DIA hasn't been hit yet and I just can't see a multi-day move down starting until it's hit. It reached as high as 272.50 in the afterhours on Wednesday, which was when the ES reached 3055, so about another 2.50 points on the DIA is needed yet... which is about 250 points on the DOW, and about 25 points on the ES/SPX. Simple math says that 3055 plus 25 is 3080 or so is the estimated area the ES/SPX will be in when the DIA hits its' FP level.

I've said this before but I'll say it again, my only worry (for the bulls) is that I've noticed several FP's this year (upside ones) get really close to hitting and being fulfilled but fall shy a few cents. In the past FP's were commonly pierced through, but if this pattern continues then we must be on the lookout for this one to "just get close" and maybe not actually hit it fully. Since it's just 50-100 points over the all time high on the DOW a failure to hit exactly could mean that a new all time high (on the DOW) fails to happen as well. My gut tells me we'll get there as bulls win 80% of the time in this rigged market.

But it's still something to keep in mind anyway. With the futures up close to that prior 3055 high right now a nice bear squeeze is set to happen if they can get past that level. But that's what I'm looking for today, a squeeze to hit the FP on the DIA, where I guess a pullback of some degree should happen. After all, they will have ran all the stops on the bears so there's not much left to keep them going higher.

I'll probably start looking for a short if will reach that level. I hate to short over a weekend, so I could wait until Monday I guess? Not sure yet? But I'll know by the end of the day today and will of course post it in the free chatroom if I do indeed short over the weekend. Have a great one and welcome to November.